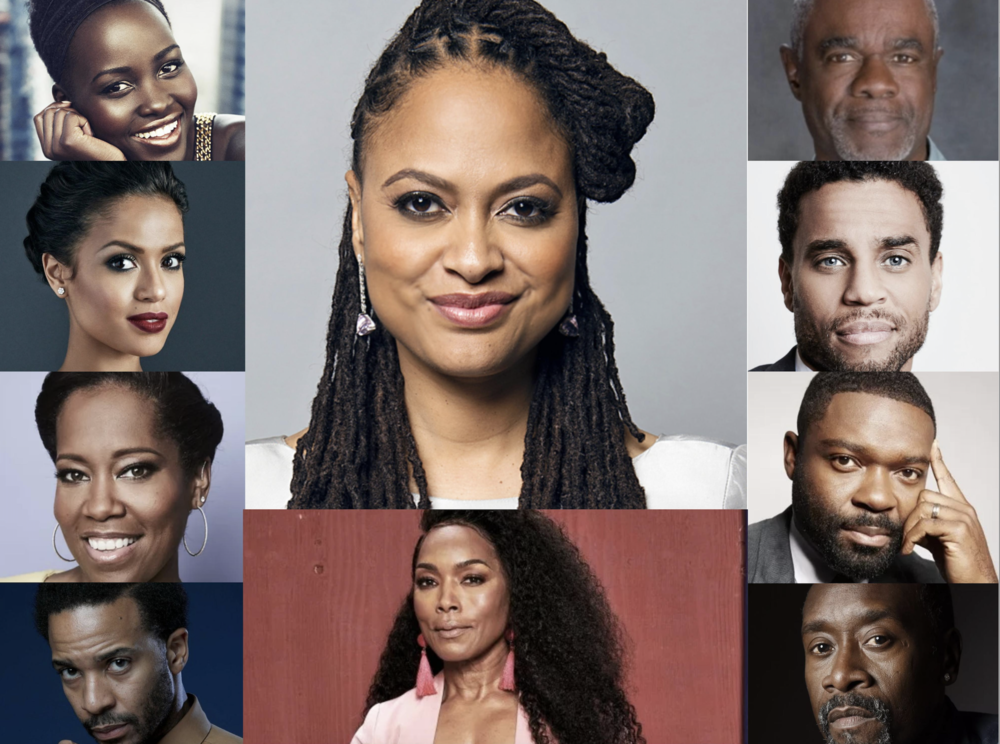 Black August began in California’s San Quentin in August 1979. The men who founded the holiday wished to commemorate the rich, tragic history of prison protest over the past decade as well as the number of historically significant events in the black freedom struggle that have taken place in the month of August. “We figured that the people we wanted to remember wouldn’t be remembered during black history month, so we started Black August,” cofounder Shuuja Graham.

For the founders, the month of August was also significant for tragic reasons. In 1971 imprisoned intellectual and Black Panther George Jackson was killed in a bloody uprising. His seventeen-year-old brother, Jonathan, had been killed the previous August attempting to free three prisoners from a Marin County courthouse. Both events caused an already tense prison system to crack down on prisoner access to media and to the public.

Forty-one years ago California prisoners founded Black August, a holiday to pay tribute to African-American history in the context of an ever-expanding carceral state. In a kind of secular activist Ramadan, Black August participants refused food and water before sundown, did not use the prison canteen, eschewed drugs and boastful behaviour, boycotted radio and television, and engaged in rigorous physical exercise and political study. Through Black August, prisoners sought to demonstrate the personal power they maintained despite incarceration.

Black August marks a less pleasant but no less dramatic reality of American politics. It points to the racialised exclusions that continue to haunt the American experience—especially in the form of the expansive prison industrial complex that makes the United States the world’s leader in incarceration. In remembering histories of black activism from the space of prison cells, Black August points to the ongoing failure to realise the promises of freedom and democracy that drove the civil rights activists of the 1960s.

August 28 is a date that will forever be important for Black Americans.

The day marks some extreme highs and lows in Black history: a major political win; the death of a young boy whose name has been etched into the hearts of African Americans; and one of the most iconic moments in the civil rights movement.

Ava DuVernay may very well be the best documentarian of these times. In addition to directing and producing award-winning films — Selma, A Wrinkle in Time — specifically for the black gaze, she created 13th, a critically acclaimed documentary detailing the problematics of the 13th Amendment, how it has been and still is an act of violence toward black folk.

‘August 28: A Day in the Life of a People’ is a 22-minute docu-drama that strings together historical events, highlighting black “progress, protest, passion and perseverance” which have all taken place on August 28.

The short film was previewed at the National Museum of African American History and Culture (NMAAHC) on its opening weekend. However, timing is everything, and DuVernay knows this as the film’s official release falls on the actual date — August 28August is a murderous month. It claimed the young lives of Emmett Till, Yusuf Hawkins, Michael Brown, Korryn Gaines, Kenney Watkins, John Crawford III and others. It also brought in a not-guilty verdict in the killing of Trayvon Martin. However lethal the month of August, it’s 28th day bears such harrowing and gratifying history. So much so, the events which have occurred on August 28 seem to have happened by design. There’s no perfect day than today to reckon with events that make August 28 significant to black lives and DuVernay’s film a historical slam dunk.

August 28 — both the date and the film — exemplifies both tragedy and triumph in American history. In many ways, it is likened to a national memorial holiday. Though it is not, it wouldn’t hurt to honour black resilience, the black legacy created and the blacks lives directly affected. Lift it up. Say their names.

The Historical Significance of August 28th:

Though established in Britain, this act was influential in the eventual end to slavery in the United States. It covered South Africa, the Caribbean and northern Canada, which became a region of refuge for American slaves who escaped bondage as well as their brutal reality. Make no mistakes about it, the decision to abolish slavery in England was not born out of sympathy for the enslaved, but rather a response to the uptick in slave rebellions threatening the lives and economy of plantation and slave owners. Think Toussaint L’ouverture; think Haitian Revolution.

While visiting family in Money, Mississippi, the 14-year-old boy from Chicago, was abducted by two white men and brutally murdered and beaten beyond recognition, shot in the head and tossed into Mississippi’s Tallahatchie River with a metal fan barb-wired to his back by two white men, including the husband of Carolyn Bryant, a white woman who said the teen made advances toward her in a grocery store. Both cowards were tried and acquitted by an all white jury, within an hour of deliberations. Till’s death became the catalyst for the civil rights movement. Years later, in 2017, Bryant admitted to lying in her testimony about Till.

The Marvelettes song “Please Mr. Postman” being played on broadcast radio was a turning point in black music and marked the beginning of Motown Records’ inevitable success. The tune is noteworthy as Motown’s first No. 1 single to top Billboard charts and was covered by multiple commercial bands, including the Beatles. For those who don’t know (but should), Motown Records is to black music in the 1950s and ’60s is what Bad Boy Records is to hip-hop and R&B in the ’90s and early 2000s. The Motown roster boasts musical icons like Diana Ross, Smokey Robinson, Stevie Wonder, Gladys Knight, Ashford & Simpson, Marvin Gaye, Michael Jackson and Rick James.

This march was heavily organized and spearheaded by lesser-known human rights activist and social justice darling Bayard Rustin. It also set the precedence for subsequent social justice movements, e.g., Black Power and Black Lives Matter. Rustin, a gay man, is not only known for orchestrating the monumental march, he is considered the architect of the civil rights movement, having introduced the non-violent strategy and Dr. Martin Luther King Jr. to the teachings of Mahatma Gandhi. The veteran activist’s sexual orientation prevented him from being highly visible but never flawed his commitment to black people. He is black gold.

Dr. King delivered his famous “I Have A Dream” speech at the March on Washington for jobs and freedom to a crowd of thousands in 1963. Dr. King’s canonical speech lives among the best written works of all time. His declaration was delivered to over 250,000 people and addressed freedom, racial justice and equality. This speech cannot be understated; 57 years ago King made an appeal for a post-racial society America has yet to see. “But we refuse to believe that the bank of justice is bankrupt,” King told the people in his address. “We refuse to believe that there are insufficient funds in the great vaults of opportunity of this nation. And so we have come to cash this check, a check that will give us upon demand the riches of freedom and the security of justice.”

This Category 3 storm was highly underestimated and devastated the U.S. Gulf Coast: Louisiana, Mississippi and Alabama. New Orleans’ residents were impacted the worst. Thousands were displaced, having to seek refuge in neighbouring states, and many died trying to survive the storm in their homes, flooded streets or local shelters. Media coverage lasted several days and portrayed the city’s black population negatively, marking them “refugees,” “looters,” “hoodlums” and “rapists.” Reporting on the tragedy also brought necessary attention to the racial inequities in the government’s response. During the NBC Universal broadcasted ‘A Concert for Hurricane Relief’, Kanye West called out former President George W. Bush for his lack of urgency and provision vis-a-vis black people, saying, “George Bush doesn’t care about black people.” Yeezy used to love us for real.

In the 232-year history of the United States, this country had yet to see a black man become president, much less receive a major party nomination. Obama gave his acceptance speech at the Democratic National Convention on this date. “This moment, this moment, this election is our chance to keep, in the 21st century, the American promise alive,” Obama said. Black people were among other world citizens who watched in awe with hope as the then-president elect became the POTUS and America’s representative in the free world for two terms. We cherished his family and were witnesses as he evolved and delivered on a few good promises.

Andrew Gillum Won The Democratic Primary For Governor of Florida

Until midnight tonight, you can redeem 40% off books on Black Resistance from bookseller Pluto Press here