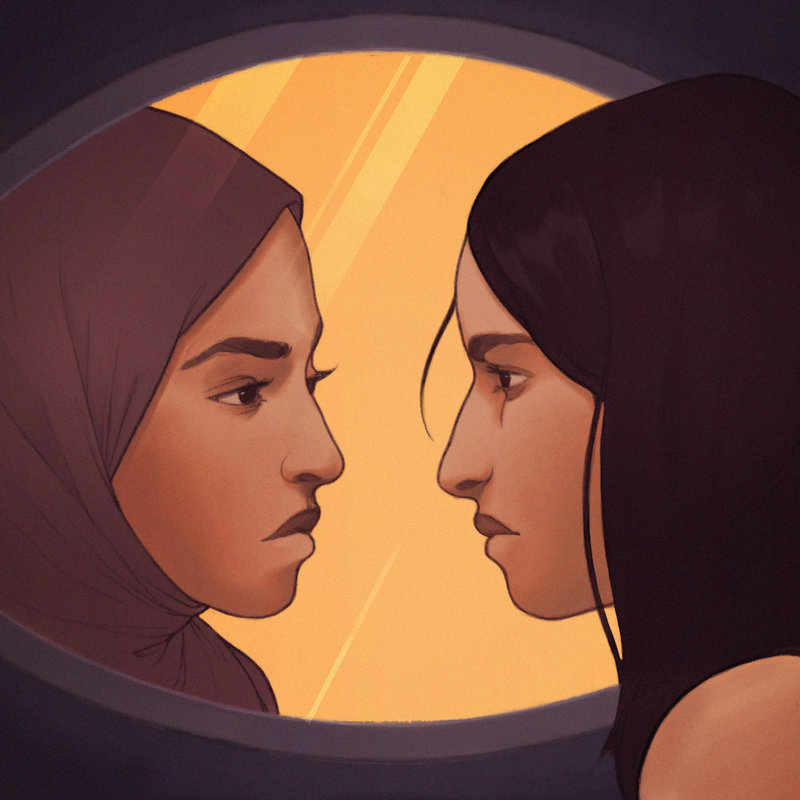 Black Muslims ‘facing racism and prejudice from other Muslims’

Black Muslims ‘facing racism and prejudice from other Muslims’

Respondents told of ‘being stared at’ in mosques, whilst others revealed they found it difficult to get married because of the colour of their skin and ‘deep-seated cultural preferences’.

Participants spoke about ‘the dominance of some South Asian and Arab cultures’ whereby those ethnic groups are associated with being Muslim to the exclusion of Afro-Caribbean cultures.

The survey was conducted by the Black Muslim Forum (BMF) after the organisation received  comments from Muslims, detailing their lived experiences. Many felt ‘silenced and feelings of disconnect and a lack of acknowledgement of the issues of discrimination and racism’.

The survey found while the general Muslim ummah is efficient in identifying the islamophobia inflicted upon the community by foreign international forces, the same is not true for the racism that lies within. The issue when brought up is often ignored, belittled and in many cases arouses anger blaming the expression of such issues as divisive and hostile.

Participants mentioned several recurrent experiences. Being stared at in the mosque and made to feel self-conscious was an experience that cropped up several times.

Participants also experienced derogatory comments within religious settings stereotyping Black people as well as insinuations that they were not Muslim.

Many participants were assumed to be reverts because of their skin colour and received patronising praise over basic actions such as making wudhu. Some participants altogether avoided the mosque as they felt as though they were not welcome.

Many others outlined their experiences of attending madrassah’s in the UK such as being called racist names, being told their skin is too dark and being made fun of as well as an instance where physical violence ensued (a Black Muslim madrassah student having a rock thrown at her eye by a racist bully at a predominantly Bangladeshi school).

A participant also mentioned being told that her name – the Africanised version of the name Fatima is not from the Qur’an and should be changed.

Others reported feeling invisible and being publicly humiliated in a religious setting such as a participant being neighed at in a Kurdish Mosque. One of the most striking comments was from a participant who reported racial segregation at a mosque whereby Black worshippers were commanded to pray at the back of the mosque.

Segregation and physical violence were amongst the most extreme manifestations of anti-black racism reported by participants that would not typically be reported in secular institutions such as state schools in the UK in 2020.

A participant said, “My first experience of overt anti black discrimination was when I was 4 years old in school in Exeter. Myself and my brother were the only two black kids at the school (possibly the only non-white) I spent break times being chased around the playground by a group of white boys telling me I wasn’t allowed to play in “this part” of the playground. They were a few years older than me and would call me names like “poo” etc. This was back in 2002.”

Another said, “Where I live (Stoke on Trent) this is inevitable. I experience this pretty often. Anti-black discrimination is one that I deal with at work (with other students) and it is done in a very passive aggressive way. Also when I express strong opinions on issues, I quickly get labelled as aggressive even though I’m not expressing them any differently than anyone else. I’ve been told my facial expressions “need working on”. Because apparently when I don’t smile, I just look angry.”

The main cultural issue that arose from the data was the importing of the colourist model from some South Asian and Arab countries to the UK where it has been superimposed onto the Muslim community here- the Black Muslim community bearing the brunt of it.

A participant said, “Someone suggesting I should bleach my skin/perm my hair”

Several respondents mentioned difficulty in marriage because of the colour of their skin rooted in a family culture or from the culture of the wider Muslim community.

This participant mentioned: “Comments on my skin tone and hair texture growing up. Told not to marry someone darker than me and with tougher hair so I don’t have children like that etc.”

Other participants mentioned similar ideas about, ‘Fairer brides being more acceptable and beautiful’.

A participant mentioned the overt racism within the rubric of marriage that she experienced first hand:

“Husband’s aunt offered to find a wife for him when I was in the room (they are light skinned so are not interested in darker tones from their own country let alone anyone else). He pointed to me and said he has a wife and that she should concentrate on finding a husband for herself instead of being a racist.”

The Black Muslim Forum said it was not surprised by the data as these are realities that have been experienced by Black Muslims across society frequently expressed in colloquial settings.

In conclusion the survey says, “Many respondents highlighted four key areas in their experiences of anti-blackness in British society: Mosque/Madrassah, Anti-Blackness, Culture and Marriage. According to the survey, 46 participants reported racist incidents over year 2018 alone.

“What is most important to take away is that respondents also had suggestions for what should be done to improve those lived experiences. What came out most strongly was the need for further awareness raising and education for Black / non-Black Muslims and non-Muslims.

“Despite the limitations to the scope of the study, BMF believes that the study has revealed deep rooted issues concerning anti-black racism within the Muslim community.

“Multiple participants spoke of the subtle, and overt racism they had been subjected to in the ummah and the vast majority of commentators spoke of the need for awareness raising and education. Black Muslim Forum plans to address this with, not only this report, but a series of resources that can be used by faith leaders, educators and families.”

The survey of 100 people used to collect the data for this study was an online survey between 1st June 2019 and closed on 31st December 2019. The survey was shared privately to members of the UK Black Muslim community as well as on Black Muslim Forum, Twitter, Instagram, the Somali Society of Brunel University, King’s College Somali society, Sheffield Somali Society and Amaliah.