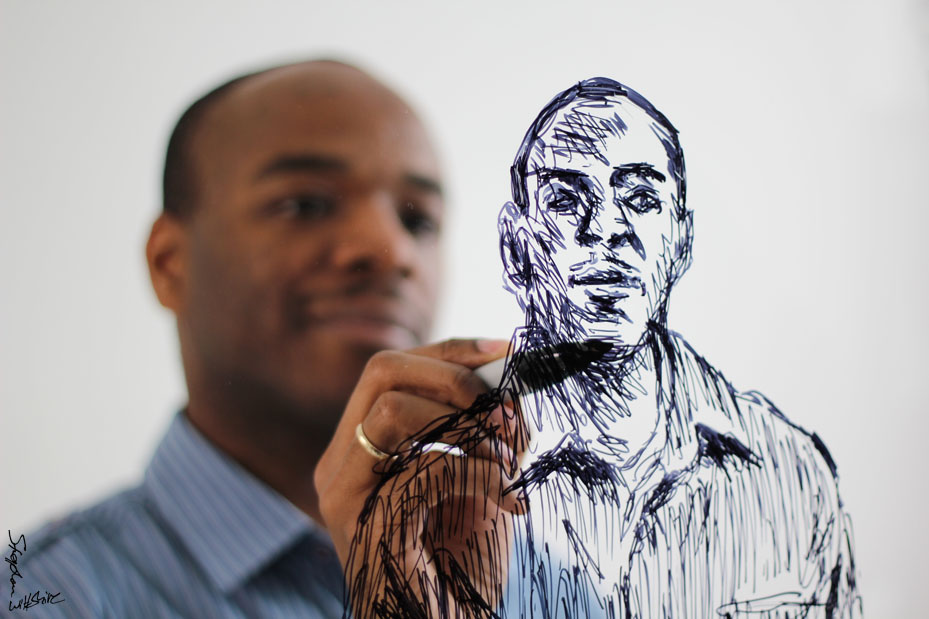 Autograph’s Ali Eisa speaks with Denise Rose at youth media organisation Mouth That Roars about representation, film and autism in their project A Different Way of Seeing

It was unfortunate timing: the day we closed our gallery due to Covid-19 was also meant to be the start of Mouth That Roars’ pop-up installation A Different Way Of Seeing at Autograph. The project is a powerful three-screen film created by young artists with autism and a broad spectrum of learning differences, challenging how people like themselves are represented in mainstream media.

Mouth That Roars have done an incredible job reworking the project to view online, watch it here

Mouth That Roars was set up with the sole purpose of training young people in film production who wouldn’t ordinarily have access to media resources, enabling people who are quite often misrepresented a space to be heard. Denise Rose has been running the organisation for 21 years, and chatted to Autograph’s Ali Eisa about the ideas and process behind A Different Way of Seeing.

AE: Can you tell me a bit about why you set up a film making club to provide space for young people with autism and learning differences?

DR: Mouth That Roars (MTR) responded to need. We’re a youth media organisation who work with marginalised people. Prior to the exhibition at Autograph, we had a growing number of young people with learning differences attending our sessions. We also saw organisations, such as Hackney Ark, needing provision that could support some of the people they were working with.

AE: The process for making this work started with a conversation led by the young people about media representations of autistic people. They were very concerned about stereotypes in television and film, and wanted to challenge this. How did this conversation feed into the creation of the work?

DR: MTR talks about representation all the time, it was more that this conversation could have a place within the work we were making for Autograph. Young people share their lived experience through everything they create at MTR, however the project enabled them to think how to express themselves in a gallery space – this was the exciting part! How could they get their voices heard in spaces that aren’t familiar to them and are often not designed for them? They chose to keep it simple, to talk about their lived experience, alongside powerful visuals. Black young people with autism are rarely represented in the public arena – so the exhibition was an incredible opportunity for them to have a public platform, and to be seen and heard.

AE: What strikes me about the work is how direct, uncompromising and honest the participants were about sensitive details of their experiences. How did you open up this space for them to talk so candidly?

DR: We build incredibly trusting and open relationships with the people who work with us. We celebrate diversity, difference and inclusion – so young people are used to being free to express their ideas, to just be themselves in a safe space. That said, it’s a huge step, and we were so impressed with their bravery, and how open and honest they were about the harsh experiences they have encountered, and that they were happy to share this publicly.

AE: The installation was a very intimate space. The screen directly in front of you has a close up of each young person’s face as they speak to you about their lives. You are also surrounded by images of different things they value – drawings, social media feeds, cherished personal items. How did you come up with this format?

DR: Originally, we all discussed filming in their houses or significant spaces where they spend most of their time. However, we had quite a compressed schedule and some of the participants didn’t want to film at home, so they came up with what you see. We all agreed keep it simple, because what they have to say is so powerful we almost didn’t need anything else. One thing they did want to achieve was to fill the gallery space and that’s when they decided to create the incredible visuals, enabling the audience to have a completely immersive experience.

AE: In all the video portraits we hear about the complexities and vulnerabilities the young people experience due to their autism. Often this is associated with bullying and being seen as different, but it’s also described as creativity. How did the filmmakers feel about this conversation?

DR: Again, we talk about these issues a lot at MTR – young people offer support and create media (short films) on these issues so it wasn’t unnatural for them to speak so candidly and articulately about autism, disability and representation. They are acutely aware of the ways they are seen by others, it was important for them to explore all of this in their work.

AE: You’ve told me before at MTR you make a new film every week, which is a really quick process! Did making this work allow for a different kind of engagement with the participants to emerge?

DR: What it did was offer an exciting opportunity to have a gallery space to display their work. Prior to this work, MTR took the participants on a range of cultural trips, taking in some amazing installations and works of art. You can imagine the appeal for them being able to make their own work for an exhibition.

AE: The work was also inspired by Sharif Persaud’s exhibition at Autograph. How did they feel about Sharif’s exhibition and what influences did they take into their own films?

AE: The film was installed at Autograph but unfortunately couldn’t have a public reception due to the Covid-19 crisis. Screening the work online now, do you think it has a particular relevance? Are there any themes you explored that are pertinent to the current climate?

DR: Yes of course, social isolation for one! Social isolation will resonate with most of us because of Covid-19. Using online resources to communicate is very common for young people who suffer acute social isolation. It’s a space to connect with people, but obviously not without its risks. Young people with autism are resourceful, creative and resilient – they have had to be – and perhaps maybe more of us during this crisis will develop a better understanding of what social isolation means and the impact it has.

A Different Way of Seeing is part of the EXPLORERS project, delivered by Project Art Works, a three-year programme of art and conversation working with 12 national art organisations. The EXPLORERS programme is informed and led by neurodiverse communities, placing them at the heart of social, civic and cultural activity. Based in Hastings, Project Art Works is the UK’s leading artist led organisation working with children, young people and adults who have complex support needs.