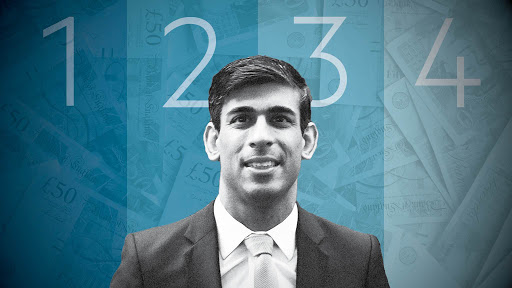 The government is to pay the wages of millions of workers across Britain to keep them in jobs as the economic fallout from the coronavirus outbreak escalates.

In an unprecedented step for the British government, chancellor Rishi Sunak said the state would pay grants covering up to 80% of the salary of workers if companies kept them on their payroll, rather than lay them off as the economy crashes. The extraordinary payments will be worth up to a maximum of £2,500 per month, just above the median income.

Coming just days after the government announced a business bailout package worth £350bn to help firms cope with the lockdown of large parts of the British economy as the disease spreads, the chancellor described his revamped plan as one of the most comprehensive in the world and “unprecedented in British history”. City economists said the new plan would cost an additional £78bn.

Sunak said: “We are starting a great national effort to protect jobs. We want to look back on this time and remember how in the face of a generation-defining moment we undertook a collective national effort and we stood together. It’s on all of us.”

He said there would be no limit on the funding available to pay people’s wages. The payments will be backdated to the start of March, will be up and running within weeks, open initially for at least three months, and could be extended if necessary.

Speaking directly to employers as growing numbers of British firms teeter on the brink of collapse, leaving millions of jobs hanging in the balance, Sunak said: “The government is doing its best to stand behind you. And I’m asking you to do your best to stand behind our workers.”

The government is also deferring the next quarter of VAT payments, which is the equivalent of injecting another £30bn into the economy and is designed to help companies stay afloat, he added.

Sunak was speaking alongside Boris Johnson at the daily Downing Street press conference hours after schools shut to most children until further notice and just after the prime minister announced the enforced closure of pubs, restaurants, theatres and other social venues. The shutdowns will have dramatic repercussions for the economy, and Johnson said the package of financial aid was intended to be temporary, and part of a “joint objective” between people and the government to beat the disease.

“We will do everything in our power to help. Supporting you directly in a way that government has never done before, in addition to the package we have already set out for business,” Johnson said.

The government has come under mounting pressure in recent days to do more to support ordinary people after taking unprecedented steps to help firms as the crisis worsens. Other countries have taken steps to support workers as the global pandemic intensives, including in the US, where the White House is looking at making direct cash payments to American citizens, and Denmark, where the state will pay 75% of workers’ wages.

French workers who are temporarily laid off by their employers due to the coronavirus crisis are entitled to claim “partial unemployment benefit” equal to 84% of their wages, and employers are obliged to keep their jobs open for them.

Sunak did not provide estimates for the cost of the government paying workers’ wages, as the price tag will depend on the extent of firms taking up the offer. There are around 33m workers in the British labour force, with just over a tenth of them self-employed. While unemployment is currently the lowest since the mid 1970’s, it is expected to rise dramatically.

The consultancy Capital Economics said the latest measures could cost around £78bn and save hundreds of thousands of jobs. Without the wage subsidy, unemployment could have doubled to 8% with more than 1.5 million people tumbling out of work, they said.

Instead, the jobless rate is now expected to climb to 6% with about 700,000 people losing their jobs.

The chancellor also announced measures to strengthen the benefits safety net for people out of work, increasing the value of universal credit and tax credits by £1,000 a year to help more than 4m vulnerable households across the country, in a package worth £7bn. He also earmarked £1bn of extra support for renters, ramping up housing benefit and universal credit so the local housing allowance will cover at least 30% of market rents in a local area.

The government has been forced to revise its approach to tackling the Covid-19 outbreak on a daily basis as the increasing severity of the health pandemic and damage to the economy unfolds.

Economists at Deutsche Bank forecast the British economy could suffer the worst recession for a century – outstripping the 2008 financial crisis – with millions of workers losing their jobs and the unemployment rate doubling.

Sunak had initially earmarked £12bn in last week’s budget to soften the impact of the Covid-19 health pandemic, although the chancellor was rapidly forced to come back with fresh measures, while promising to do “whatever it takes” to see the UK through the crisis.