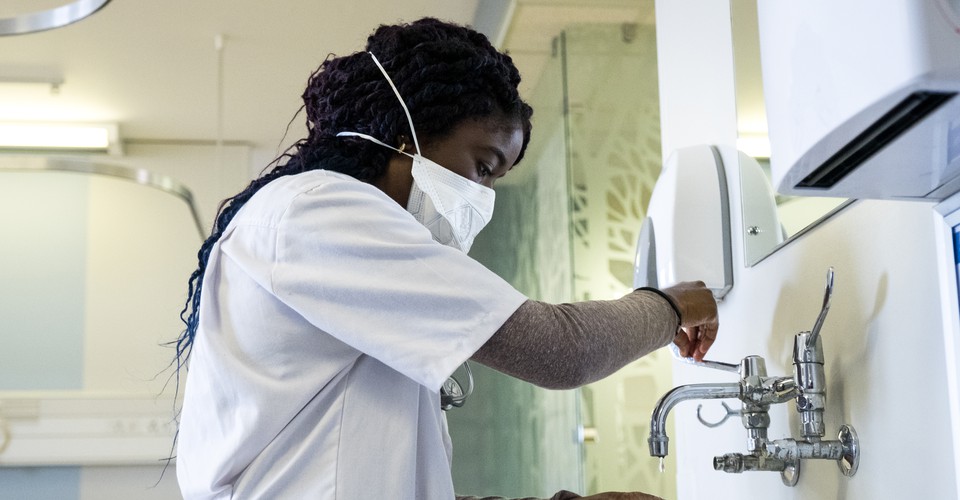 Britain doesn’t care about health inequalities. For minorities, that ignorance is deadly

Britain doesn’t care about health inequalities. For minorities, that ignorance is deadly

Here are some pre-coronavirus realities about the health experiences of ethnic minority people in Britain. Pakistani, black Caribbean and black African families have twice the rate of infant mortality as white people; black women have been dying in childbirth at five times the rates of white women; and black men and women have lower life expectancy than men and women from white and other ethnic groups.

Now that coronavirus has hit, ethnic minority British people are dying out of all proportion to our representation in the general population. On Thursday the Guardian released a new analysis of data confirming what many of us perceived from anecdote: that the extent of ethnic minority deaths is currently inexplicable.

As Caelainn Barr, the Guardian’s data editor, has revealed, Britain’s minority racial groups appear to be dying at a 27% higher rate than you’d expect from our representation in the general population.

Areas with large ethnic minority populations have had some of the highest rates of Covid-19 mortality. Some of this is explained by socio-economic and demographic factors, such as population density and age. Yet the Guardian’s analysis shows that for every 10% increase in minority residents, there are an additional unexplained 2.9 Covid-19 deaths per 100,000 people.

It’s important to recognise this, because there is now an undeniable movement blaming ethnic minority people for dying of Covid-19. It’s an echo of the sanitarian age of the 18th and 19th centuries, when illness was moralised and those living in impoverished or discriminatory conditions were blamed for the diseases to which they were succumbing.

After I last wrote on the disproportion in deaths – which, let’s not forget, includes 63% of the health workers who have died as a result of serving the public – many readers responded that this arises from our alleged poor diet, overcrowded housing or inability to cope with the British climate. In the US, even the surgeon general, Jerome Adams – a black man appointed by Donald Trump – regurgitated the myth. He said that, to avoid Covid-19, “African Americans and Latinos should avoid alcohol, drugs and tobacco”: a statement without evidence, for which he was strongly condemned by black health experts.

Let’s put aside for the moment the fact that, in the UK, the deaths of consultant doctors from Covid-19 – all of whom have so far been from ethnic minorities – can hardly be described as the inevitable demise of an underclass. Just as the discovery of bacteriology in the late 19th century overcame that era’s ignorant stereotypes, hard scientifically sound facts about deaths from Covid-19 are needed to counter today’s.

It may be that vitamin D deficiency – which can affect people of all backgrounds but tends to be more severe in ethnic minorities living in Europe – is a part of the picture. One doctor tells me she believes offering it to the entire population would be a practical and effective step.

It may also be that that ethnic minority workers at risk of contracting the disease are less likely to raise safety concerns. In the tragic cases of doctors who died after treating others, this would certainly chime with findings of the British Medical Association. The BMA, which has been at the forefront of calling for a public inquiry into ethnic minority deaths, found in a previous study that ethnic minority doctors were far less confident than white medics in raising workplace safety concerns, fearing being blamed or penalised for doing so.

But this is speculation, because the data isn’t there. The Guardian’s new analysis is crucial. So is an earlier study by the Intensive Care National Audit and Research Centre (a think-tank, not a government department), and research released this week by clinicians, both of which point to the extent of ethnic minority health workers who have died.

Yet it’s not enough. The inquiry, which has now been granted by government will be hampered by the fact, for example, that ethnicity is not recorded on death certificates, in spite of decades of campaigners’ demands. A report in 2003 warned that collating this data was “vital … to open the route to tackling ethnic inequalities in health”.

Even though the United States, Australia, New Zealand and a number of Canada’s provinces do this, no British government has committed to see it through.

This amounts to state negligence in the face of consistent evidence across decades that health outcomes for different ethnic groups can be worryingly disproportionate.

In the case of Covid-19, it may be that the existence of underlying conditions such as diabetes, high blood pressure, stroke and heart disease – at higher rates in some ethnic minority communities – offers part of the explanation for our apparent heightened vulnerability.

If that is the case, then far from absolving the role of public authorities the duty to promote racial equality requires them to offer greater protection to the groups at higher risk.

What we must not do is sink into the all too familiar idea that the disproportionate death of ethnic minority people from disease is an inevitable “natural phenomenon”.

It’s impossible to take the measures needed to protect people of different ethnicities without understanding their differential treatment, not just from coronavirus, but from the society in which we live and die. This should have happened decades ago. And like everything this disease touches, the outcomes of failing to act are now exposed for all to see.