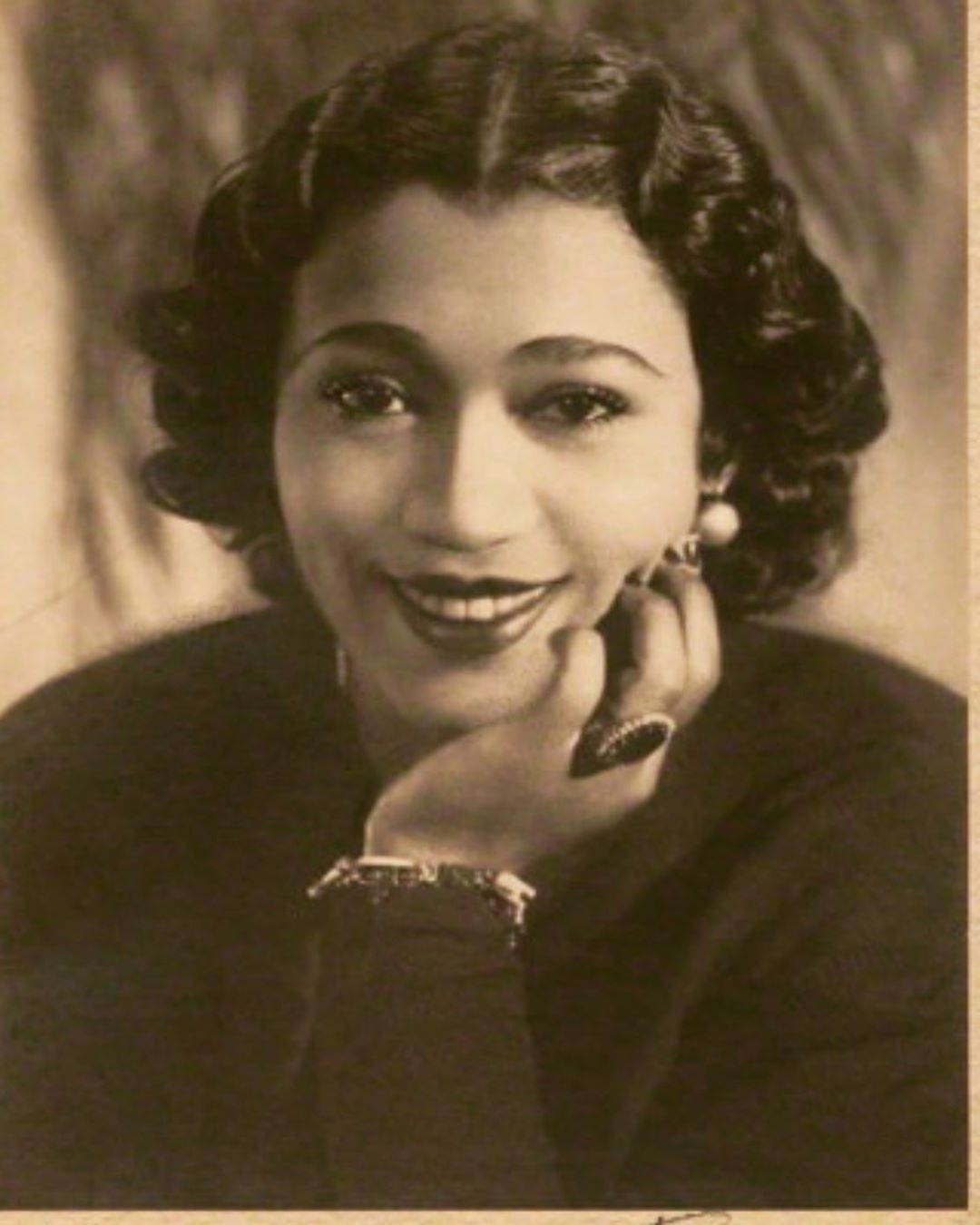 English Heritage takes a journey through time – and the streets of London, joined by curatorial director Anna Eavis and historian Steve Martin to discuss the many Black pioneers, who are all commemorated with English Heritage blue plaques at their former homes in the capital – Iconic figures who have helped to shape London’s history.

CUNNINGHAM, LAURIE (1956-1989) – Plaque erected in 2016 by English Heritage at 73 Lancaster Road, Stroud Green, London, N4 4PL, London Borough of Haringey. When Laurie Cunningham played professional football in London in the 1970s and 1980s, he faced racist chants and protests from the National Front. A blue plaque now recognises his achievements in football, including becoming the first black player to represent England in a competitive match. Read more here

Laurie Cunningham in about 1980, a year after he became the first black footballer to play for England in a competitive match © Bob Thomas/Getty Images

SEACOLE, MARY (1805-1881) – Plaque erected in 2007 by English Heritage at 14 Soho Square, Soho, London, W1D 3QG, City of Westminster. Mary Seacole was a pioneering nurse and a heroine of the Crimean War. The Jamaican nurse set up a hotel in the war-torn Crimea to provide shelter, food and treatment for injured soldiers. She lived for many years in London and is commemorated with a blue plaque at 14 Soho Square, where she started writing her autobiography. Read more here

Mary Seacole in an 1869 portrait by Albert Charles Challen. In this year Seacole moved from Jamaica back to London, where she died 12 years later © National Portrait Gallery, London

CONSTANTINE, SIR LEARIE (1901-1971) – Plaque erected in 2013 by English Heritage at 101 Lexham Gardens, Earls Court, London, W8 6JN, Royal Borough of Kensington and Chelsea. The cricketer and statesman Sir Learie Constantine became Britain’s first black peer in 1969. He was a staunch advocate for racial equality. It was while living at 101 Lexham Gardens in Earls Court that he wrote his most important work, Colour Bar (1954). Read more here

Learie Constantine walks out on to the cricket field in about 1932. Two decades later he qualified as a barrister and went on to establish himself in Trinidadian politics © Trinity Mirror/Mirrorpix/Alamy

MARLEY, BOB (1945-1981) – Plaque erected in 2019 by English Heritage at 42 Oakley Street, Chelsea, SW3 5HA, Royal Borough of Kensington and Chelsea. Bob Marley was one of the most influential musicians of the 20th century. He is commemorated with a blue plaque at 42 Oakley Street in Chelsea, where he lived in 1977. It was while living here that he and The Wailers finished recording their iconic album Exodus. Read more here

Bob Marley pictured in 1978, the year after his stay at 42 Oakley Street © Trinity Mirror/Mirrorpix/Alamy Stock Photo

WELCH, ELISABETH (1904-2003) – Plaque erected in 2012 by English Heritage at Ovington Court, Ovington Gardens, off Brompton Road, Kensington, London, SW5 1LB, Royal Borough of Kensington and Chelsea. Singer Elisabeth Welch was one of Britain’s best-loved interpreters of popular song. Her recording career spanned eight decades and encompassed New York, Paris and London. Flat 1 Ovington Court, just off the Brompton Road, is the flat Welch lived in when she was breaking through as a performer, from 1933 until about 1936. Read more here

COLERIDGE-TAYLOR, SAMUEL (1875-1912) – Plaque erected in 1975 by Greater London Council at 30 Dagnall Park, South Norwood, London, SE25 5PH, London Borough of Croydon. The composer Samuel Coleridge-Taylor is best remembered for The Song of Hiawatha. He was the first black recipient of a blue plaque, which was erected on his former home at 30 Dagnall Park, South Norwood in 1975. Read more here

ALDRIDGE, IRA (1807-1867) – Plaque erected in 2007 by English Heritage at 5 Hamlet Road, Upper Norwood, London, SE19 2AP, London Borough of Bromley. Ira Aldridge was the first black actor to play Othello on a West End stage. He is commemorated with a blue plaque at 5 Hamlet Road in Upper Norwood where he lived towards the end of his life, having established himself as a respected stage actor in Britain and abroad. Read more here

Ira Aldridge in the role of Othello. An American by birth, Aldridge named his London home after his mother, Luranah © Dea Picture Library / Getty Images

ARCHER, JOHN RICHARD (1863-1932) – Plaque erected in 2013 by English Heritage at 55 Brynmaer Road, Battersea, London, SW11 4EN, London Borough of Wandsworth. John Archer was the former Mayor of Battersea and the first black person to hold a senior public office in London. He lived at 55 Brynmaer Road in Battersea for almost 20 years, including the period of his most significant political achievements. Read more here

John Richard Archer in November 1913, when he was elected Mayor of Battersea © Public domain

HENDRIX, JIMI (1942-1970) – Plaque erected in 1997 by English Heritage at 23 Brook Street, Mayfair, London, W1K 4HA, City of Westminster. The guitarist and songwriter Jimi Hendrix became an overnight sensation with the release of his band’s first single, ‘Hey Joe’, in 1966. His innovative fusion of blues and experimental rock – coupled with his extraordinary live performances – has continued to have a profound influence on popular music long after his death.  Read more here

Jimi Hendrix in his London flat at 23 Brook Street in 1969. When asked by a journalist about the plaque to Handel next door he replied, ‘to tell you the God’s honest truth, I haven’t heard much of the fella’s stuff’ © Barrie Wentzell

MOODY, DR HAROLD (1882-1947) – Plaque erected in 1995 by English Heritage at 164 Queens Road, Peckham, London, SE15 2HP, London Borough of Southwark. The campaigner for racial equality Dr Harold Moody is honoured with a blue plaque at his former home and medical practice at 164 Queens Road in Peckham. Moody lived at number 164 from 1922 until his death in 1947 and while here founded the League of Coloured Peoples. Read More here

CETSHWAYO, KA MPANDE, KING OF THE ZULUS – Plaque erected in 2006 by English Heritage at 18 Melbury Road, Holland Park, London, W14 8LT, Royal Borough of Kensington and Chelsea. King of the Zulus during the Anglo-Zulu War of 1879, Cetshwayo experienced defeat, imprisonment and restoration at the hands of the British Empire. His visit to London in 1882, during which he stayed at 18 Melbury Road in Holland Park and met Queen Victoria and the Prime Minister, William Ewart Gladstone, was a significant episode in his dramatic story. Read more here

While in London Cetshwayo adopted Western dress but still wore his isicoco – a traditional head-ring worn by Zulu men. He is wearing it in this photograph taken in London in 1882 © National Portrait Gallery, London

KENYATTA, JOMO – Plaque erected in 2005 by English Heritage at 95 Cambridge Street, Pimlico, London, SW1V 4PY, City of Westminster. Jomo Kenyatta was the first President of the Republic of Kenya and the leader of its independence movement. He is commemorated with a blue plaque at 95 Cambridge Street, Pimlico, where he stayed for a short spell in 1930 and for a further four years in 1933–7. Read more here

NKRUMAH, KWAME (1909-1972) – Plaque erected in 2005 by English Heritage at 60 Burghley Road, Kentish Town, London, NW5 1UN, London Borough of Camden. Kwame Nkrumah was the first President of Ghana and a prominent figure in the campaign for its independence from British rule. He is commemorated with a blue plaque at 60 Burghley Road in Kentish Town, where he lived from 1945 until 1947. Read more here

Kwame Nkrumah in an undated photograph. In 1957 he became Ghana’s first Prime Minister after the country won independence from Great Britain © Bettmann/Getty Images

PLAATJE, SOLOMON T. (1876-1932) – Plaque erected in 1986 by Greater London Council at 25 Carnarvon Road, Walthamstow, London, E10 6DW, London Borough of Waltham Forest. The South African writer Solomon T Plaatje was a significant campaigner for African rights and played a pioneering role in the emergence of African literature. He is commemorated with a blue plaque at 25 Carnarvon Road in Leyton. Read more here