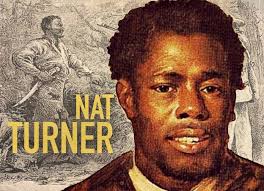 Innovations in cinematic style, if they’re at all significant, also open new dimensions of knowledge, emotion, and consciousness. Expanded form expands content—not just in fictions but also in documentaries. One extraordinary example is Charles Burnett’s daring and imaginative film “Nat Turner: A Troublesome Property,” from 2003. In a modest and straightforward way, it blends nonfiction, fiction, and metafiction—a narrative voice-over, dramatic reenactments, and on-camera interviews, including with Burnett himself—to create a deeply personal and analytical study of history.

The movie’s subject isn’t merely the story of Nat Turner and the rebellion that he led, in Southampton County, Virginia, in 1831; it’s also the story of how his life has become known and how it has been depicted. Burnett’s film is a cinematic work of historiography, charting how authors’ creations both form and deform the historical record—and shape or warp public opinion. For Burnett, this record and its influence extend to American history over all, and reflect the current state of American politics, as suggested in the narration (spoken by Alfre Woodard):

“For a nation unable to come to terms with the legacy of slavery, Nat Turner remains a troublesome property.”

Burnett is one of the crucial modern directors, best known for his dramatic features (including “Killer of Sheep,” “To Sleep with Anger,” and “The Glass Shield”—the latter a discerning drama about systemic racism in policing). Here, from the start, he brings his keen dramatic direction to bear on his documentary subject, and on his process itself. He dramatises events while they’re described in the narration (Burnett wrote the script with Frank Christopher and Kenneth S. Greenberg), showing one of the rebels killing a white couple in their bed, and then showing the pursuit and capture of rebels by white militias and vigilantes.

The uprising began on August 21, 1831; at least fifty white people were killed; the rebels’ forces included, the film says, only sixty to eighty people, and the posse that chased them down numbered around three thousand. As the historian Eric Foner tells Burnett, the names of the white victims are known, but not those of the black ones—neither the rebels nor other black people who were killed by whites in revenge. The film both describes and dramatises the few contemporaneous accounts of Turner, including a “Wanted” poster, an engraving of his capture (on October 30, 1831), and, principally, the pamphlet “The Confessions of Nat Turner,” which was written and published by a white lawyer, Thomas R. Gray, who—for reasons that remain unclear—interviewed the rebellion leader in jail and ostensibly transcribed Turner’s account of his life and actions.

Burnett recreates these interviews dramatically, with Carl Lumbly playing Turner and Tom Nowicki playing Gray, emphasising Turner’s description of himself as a religious visionary, a prophet. The film calls special attention to one particular exchange, in which Gray asks Turner, now that the rebellion has been crushed and he himself is under arrest, “Do you not find yourself mistaken now?” Turner responds, “Was not Christ crucified?” Burnett emphasises this moment from the “Confessions” to suggest, movingly, Turner’s self-awareness as a historic figure. But Burnett also, relying on the testimony of scholars, puts the very composition of the pamphlet in the spotlight. For Henry Louis Gates, Jr., “Confessions” leaves open “the question of whose voice is there”; Mary Kemp Davis says that she doubts that Turner spoke as Gray portrays him; and Vincent Harding considers the publication skeptically but not dismissively, stating, “We cannot take Nat Turner’s ‘Confessions’ at face value, but it is also very clear that we cannot cast it aside.”

One of the central ideas of the film is the politics of violence in a movement of liberation. Rick Francis, a white man descended from victims of the revolt, says, “The killing of the women and children stick in my craw,” and contends that Turner “would certainly be remembered better by history if he had limited the killing to adult males or just white adults.” (Remembered better by whom?) Bruce Turner, a descendant of Nat Turner, speaks powerfully of Turner’s principle: “That evil that he saw was what was needed to be destroyed. And the only way to force the destruction of that evil was to make the price so high that those who were practicing slavery would eventually sue for peace and say, ‘We cannot keep slavery because it will cost us too much.’ ” The legal scholar Martha Minow trenchantly adds that, in considering Turner’s rebellion, “many white people, they identify with the innocents, they identify with innocent children. It’s a position that’s much more comfortable than identifying with slaveholders.”

Burnett considers other representations of Turner, including Harriet Beecher Stowe’s novel “Dred,” published in 1856; an essay written during the Civil War by William Wells Brown, an abolitionist who had escaped from slavery; and a 1935 play by Randolph Edmonds. The film dramatises scenes from each, with different actors portraying Turner in each version. One especially moving sequence involves the Slave Narrative Collection of the Federal Writers’ Project, a New Deal program, in the nineteen-thirties, in which writers, including Zora Neale Hurston, conducted interviews with subjects of historic relevance. Burnett dramatically reenacts an interview with a formerly enslaved man named Allen Crawford, who was a hundred and two years old when the interview took place, in 1937, and who had heard stories about Turner while growing up in Southampton County. (The fact that Burnett had to reenact the conversation, which exists only as a transcript, is a painful reminder that documentary filmmakers didn’t respond to that moment of American history.)

The most probing sequence in the film concerns the most infamous depiction of Turner, by William Styron, in the novel “The Confessions of Nat Turner,” from 1967. The actor and director Ossie Davis describes his own childhood, when he and other black children play-acted the rebellion and held Turner up as a hero. Gates describes reading the book, as a teen-ager, in a single night. Yet Styron’s book has been criticised, particularly by black writers, for its assertion that Turner had a friendly relationship with—and lusted after—a teen-aged white girl named Margaret Whitehead, whom he (according to Gray’s pamphlet) killed with his own hands. Burnett brings a wide variety of critics into the film, including Ekwueme Michael Thelwell, who was a member of a group of ten black writers that challenged the book at the time of its publication, and who considers Styron’s depiction “an act of arrogance coming out of a profound ignorance.” But Burnett also interviews Styron himself, who defends his decision on the grounds that he thereby gave Turner “human dimensions.” (Davis responds that he already considered Turner human, and only white readers might have harboured any such absurd doubts). Other writers, including Gates, Loyle Hairston, and Ray Winbush, criticise Styron for twisting the character of Turner to perpetuate and amplify white people’s dangerous and prevalent stereotypes of black male sexuality.

Even more remarkably, Burnett dramatises sequences from Styron’s novel that depict Turner’s relationship with Margaret, with the same earnestness and skill that he devotes to other, more sympathetic representations—and he puts himself onscreen, showing the activity on set and on location, with the crew bustling about, lights shining, cameras being readied, the actors preparing, and him planning to shoot material that he finds utterly inimical to his own sensibility. In effect, Burnett, as a director, turns himself into an actor, both on camera and behind it, as he plays the roles of creators, like Styron, with whom he attempts to identify and whose sensibility he attempts to recapture, immediately and directly. The story of “Nat Turner: A Troublesome Property” is more than the history of representations of Turner; it’s an effort to depict and to question the creative and imaginative process itself—and its intrinsic, inextricable politics.

Stream the film now on Amazon Prime and Vimeo.