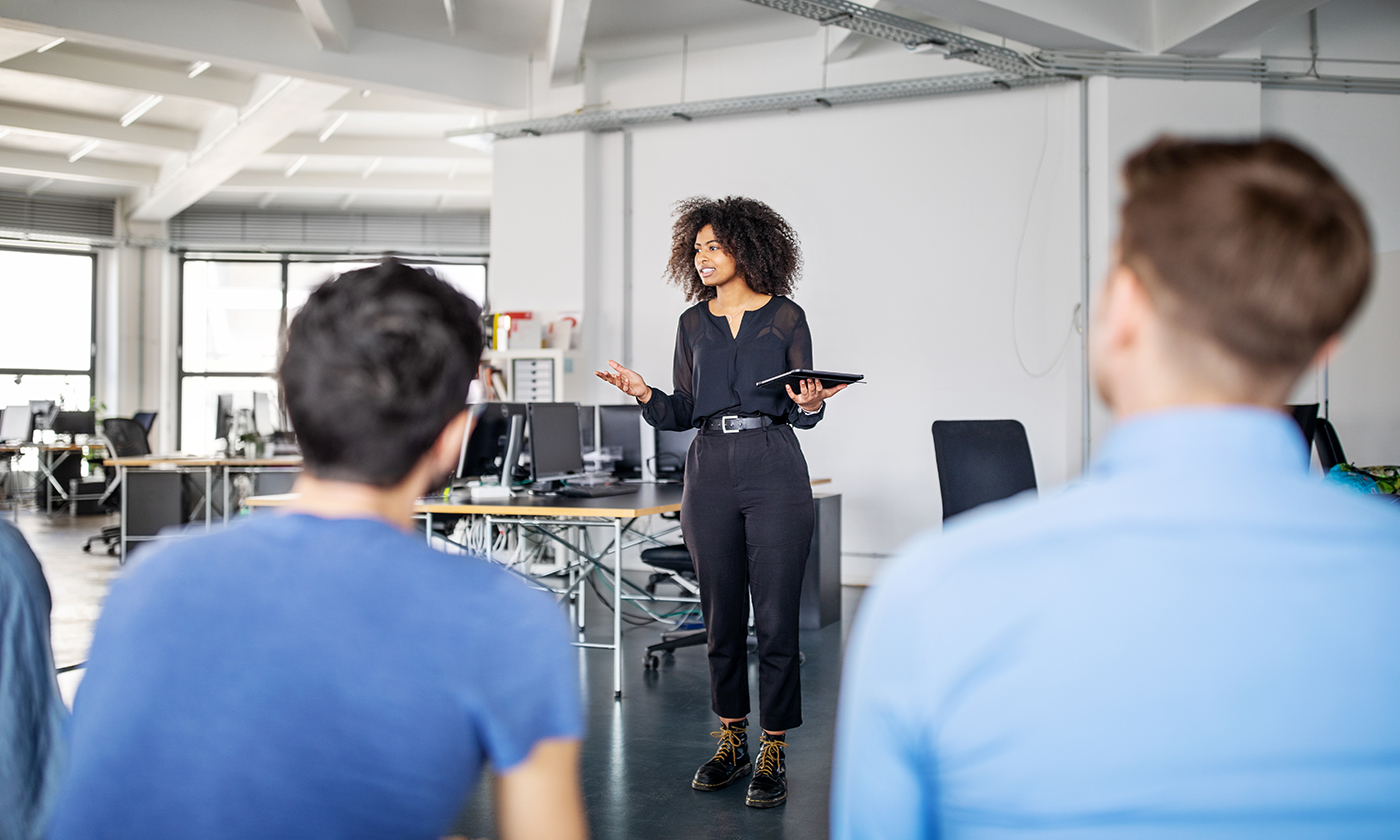 Code-Switching Is Not Trying to Fit in to White Culture, It’s Surviving It

Code-Switching Is Not Trying to Fit in to White Culture, It’s Surviving It

The voice that sprung from my throat was unfamiliar as I introduced myself to a classroom of White students. Its tone was high-pitched and enthusiastic—a far cry from my naturally soft raspiness.

It wasn’t the first time I was unsettled by being the sole Black person in a room, but these moments had a profound effect on me. Without thought, I’d shifted my demeanor and speech. My thoughts were calculated, quickened, and in search of the “right” things to say. The words poured from my mouth pointed and stiff. I enunciated each consonant and vowel, and stressed each syllable. The production of it all, though a departure from my normal self, was seamless.

It was the first time I noticed I had code-switched.

Admittedly, I was later ashamed for abandoning my native tongue—African American Vernacular English—and sense of self in an effort to assimilate into a space of teaching and learning, particularly because, as the instructor, I was an authority figure.

Code-switching is an age-old practice that is familiar to many Black people—and people of color—in the United States. Though when sociolinguist Einar Haugen coined the term in 1954, it was to describe language alternation, or the mixing of two or more languages, or dialects. Albeit, the practice had been known since the early 20th century. Linguists studied code-switching to examine when it occurs, while sociologists studied why it occurs. The findings differed across ethnic and racial demographics. According to Bridging Differences: Effective Intergroup Communication, code-switching facilitates several functions: to mask fluency and memory in a second language, go between formal and informal conversation, exert power over another, and align and unify among familiar group in certain settings.

In the ’70s, the phenomenon gained traction in African-American spaces—academic and otherwise—to describe the relationships between people of color—particularly Black people—and the colonial other. In the text, Language and Interracial Communication in the United States: Speaking in Black and White, George B. Ray describes African-American code-switching as “a skill that holds benefits in relation to the way success is often measured in institutional and professional settings.” And though, at times, the performance is superficially understood as a lingual phenomenon that often occurs vis-a-vis a range of social settings, similar to my experience in the classroom, for many African Americans code-switching is a skillset that is integral to our survival.

“For African Americans, code-switching is a performative expression that has not only helped some of us thrive in mainstream culture, it has helped many of us simply survive”.

The late W.E.B Dubois, world-renowned scholar and civil rights advocate, alluded to the concept of code-switching more than a century ago, when he wrote about African Americans reckoning with dual identities—Blackness and Americanness—while navigating everyday Whiteness in his most celebrated book, The Souls of Black Folk:

“It is a peculiar sensation, this double-consciousness, this sense of always looking at one’s self through the eyes of others, of measuring one’s soul by the tape of a world that looks on in amused contempt and pity. One ever feels his two-ness, an American, a Negro; two souls, two thoughts, two unreconciled strivings; two warring ideals in one dark body, whose dogged strength alone keeps it from being torn asunder.”

Dubois speaks to how this sense of being is a testament of resilience. However, code-switching goes beyond “feeling.” For African Americans, it is a performative expression that has not only helped some of us thrive in mainstream culture—it has helped many of us simply survive.

I consider the “talk” many African American parents have with their children to warn them of, and prepare them for potential encounters with law enforcement, an element of code-switching. The conversation involves clear directives on how to switch up behavior when approached by police. It goes a little something like this:

Such conversations are a response to the dominant culture’s attitude toward Blackness—Black people, Black culture. Unfortunately, for Black citizens, such a perverse attitude remains present during quite a few brushes with the law. A recent study conducted by Stanford researchers revealed that Black motorists experience traffic stops at significantly higher rates than their White counterparts, and were 20% more likely to be ticketed by authorities. Mere traffic run-ins can escalate and sometimes result in death for Black people.

In the case of Sandra Bland and Philando Castile—whose police encounters were recorded and publicly consumed—I often wonder how code-switching may have preserved their lives. If for one moment, like myself standing in the center of that classroom, they had ordered their words, tweaked their voice, or code-switched in the more ironic way I’ve only read about, when the enslaved and the oppressed dumbed down their literacy and downplayed their dignity when faced with the crack of the slaver’s whip or the scrag of Jim Crow’s noose.

The ability to code-switch back into our Black selves is another way we subsist, feel whole and in some regard redeemed. Derrick Harriell, a poet who is the director of M.F.A. Creative Writing Program and associate professor of English and African American Studies at the University of Mississippi, like me, says he experienced personal disappointment when he switched up being himself.

Read the rest of this article here