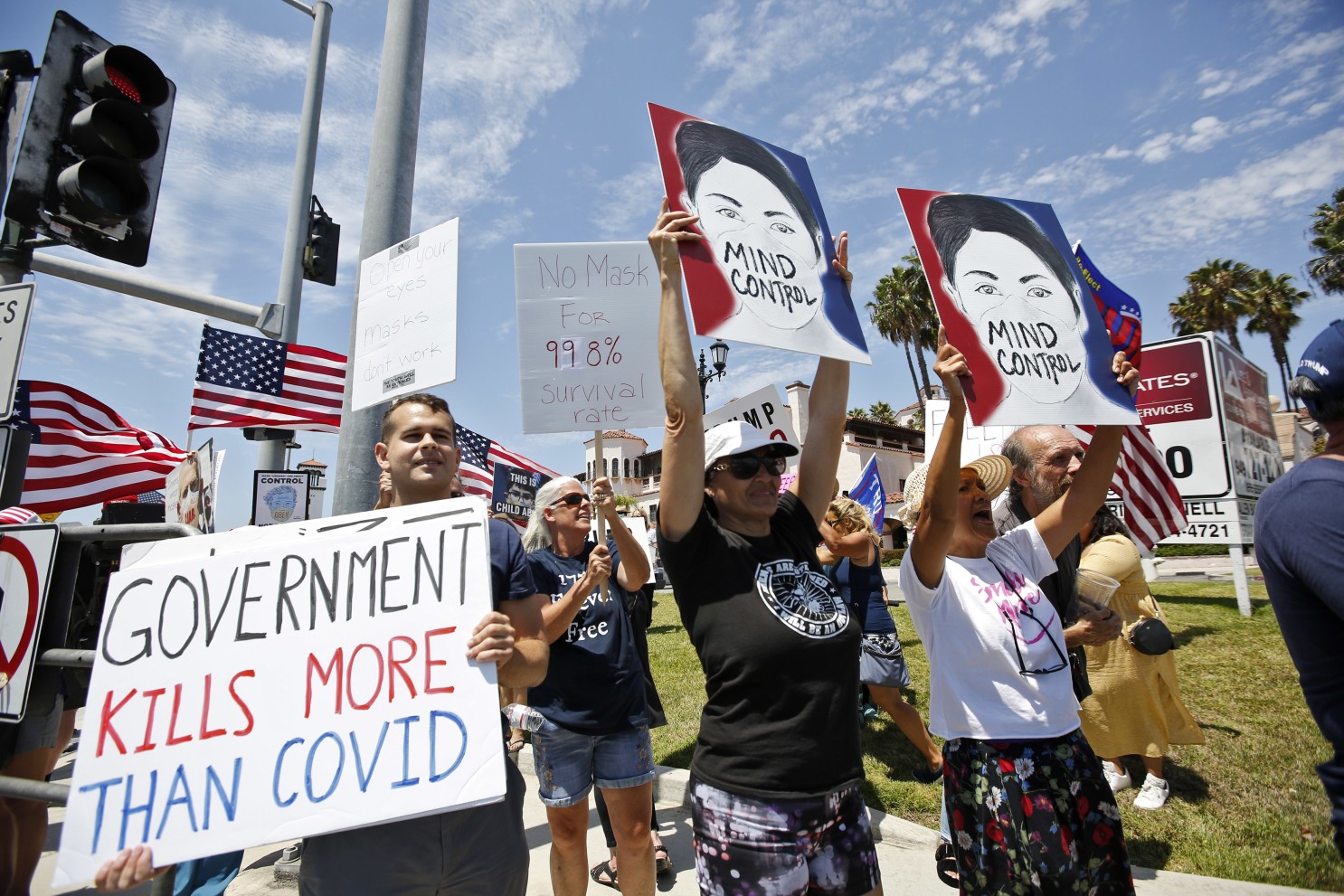 COVID-19: Is It The Disease or Poor Governance That Is Killing Us?

COVID-19: Is It The Disease or Poor Governance That Is Killing Us?

One might attribute this statement about COVID-19 to a lack of education and conspiracy theorists, however, there are more nuanced factors at play. Misinformation, which includes vague messaging and politicised policies, hurt, and continues to hurt, the reputation of state institutions. This, in turn, creates an environment where citizens do not trust officials.

From my research on the 2014 Ebola Virus Disease (EVD) epidemic in West Africa, I found that many educated individuals in the region initially denied the severity, and even the existence, of the epidemic. This shows that denialism is not confined to those with lower levels of education. In fact, the predominant reason for this repudiation was due to a mistrust of government administrations. We are seeing this recur with the current pandemic, especially in the US.

In the first few months of the COVID-19 outbreak, the disease was referred to as Chinese Coronavirus, Wuhan Coronavirus, China Virus and China Virus again, in reputable international media. It has also been alleged that the former US President, Donald Trump, used the term “Kung Flu”. Such a framing gave the impression that the illness would stay confined within Asia or the Asian ex-pat community, even though the virus had been found in 16 other countries by the end of January 2020. The risk to Americans was minimised even though a death had been reported by this time.

After the World Health Organisation (WHO) declared COVID-19 a pandemic, rapidly changing public health guidance was often vague and confusing. Contrastingly, information from state officials on the Ebola outbreak was often slow and outdated.

How countries around the world rank when it comes to dealing with a pandemic Image: Statista

The first EVD case was suspected in Guinea in December 2013, but local health officials did not announce a confirmed Ebola outbreak until March 22, 2014. This is a huge discrepancy when compared to the 6-week interval that COVID-19 was identified and reported by the WHO. By then, Ebola had killed 34 people and spread to the capital Conakry and Liberia. As an economist, we term this an “information failure” in the market, even though these are not falsehoods. Information that is technically true but is not transparent or harmonised is a market failure and an indicator of poor governance.

When there is a high degree of information failure, people will be less inclined to adopt behaviour changes. Specifically, in health intervention, officials try to encourage better hygienic practices or health-seeking behaviours, such as visiting a medical professional.

In 2014, one of the key messages was that EVD spreads by eating bushmeat (wild game) and infected patients would bleed through bodily orifices. Although this is factual guidance from the WHO, this did not represent how the virus behaved in West Africa. All transmission (except for the first) was human-to-human, as the type of wild game that carries EVD in Central Africa does not exist in the West of the continent. Consequently, many community members ignored government regulation and denied its existence, especially since they rely on bushmeat for nutrition and trade. Health workers also misdiagnosed many EVD patients with Malaria or Cholera because they did not show signs of haemorrhaging. Later, data revealed that less than 5% of EVD patients experienced bleeding, which is usually in the final stages of the disease. Because many people were dying of “Malaria” this led to a lack of trust in the healthcare system, as the death rates for these illnesses are much lower.

For COVID-19, the initial guidance was to stay away from medical facilities unless it was an emergency (which was vaguely defined). Mask-wearing was also discouraged, even though there was some evidence of its usefulness. The US Centers for Disease Control did not change their guidance on universal masking until July 2020. At that point, the nation’s top doctor, Anthony Fauci, admitted that government officials lied about their effectiveness because of low stockpiles. Since then, most bureaucrats have encouraged masks, but the damage is done.

Information failure can lead to a lack of trust. In Liberia and Sierra Leone, the baseline for trust in government was low, and indeed, in the US too. Trust in the federal government has been eroding since the 1960s, and continued to plummet from the 1970s onward due to various economic crises, according to the Pew Research Center. When the survey was conducted again in 2019, only 17% of Americans said they trusted the government to do the right thing, “just about always” or “most of the time”.

There is a vicious cycle where state institutions with low trust levels and poor governance try to manage a crisis: disbelief, denialism, and chaos.

Even when state actors try to correct information failures, if trust is lost, then people might not abide by their guidance. Instead, they ignore or even resist public health interventions.

We saw these outcomes in 2014, when community members in Monrovia, Liberia broke into a hospital to “liberate” patients. It was because they no longer believed that the healthcare system could care for their loved ones. These were stereotyped as irrational responses and unwarranted fears of the medical establishment, seen as mainly “good” by Westerners. However, 2020 will be known as a period of great civil unrest due to Black Lives Matter (BLM) protests and anti-masks/COVID-19 restriction protests that swept the country. Some of these anti-mask protests included armed individuals who breached state capitol buildings in Michigan, Oregon, and other states.

In the US, trust was also lost because the outbreak was politicised; President Trump, a Republican, notoriously derided “Blue States” for mishandling COVID-19 policies. Whereas, during the BLM protests, the risk of coronavirus transmission during these mass gatherings were downplayed because it was said that protestors were wearing masks. This is a departure from how the public health community reacted to the anti-mask protests (but they also wore masks).

The irony is that the US was seen as the most prepared for epidemics, but none of these indicators measure trust in institutions. For 2021, this could lead to the state losing its legitimacy. Like COVID-19 and EVD deaths, this is another casualty of poor governance.

Written By: – Sabine Franklin, a born and bred New Yorker, she earned her Ph.D. from the University of Westminster. Her expertise is in international development, global health governance, and political economy. She tweets @SabineFranklin