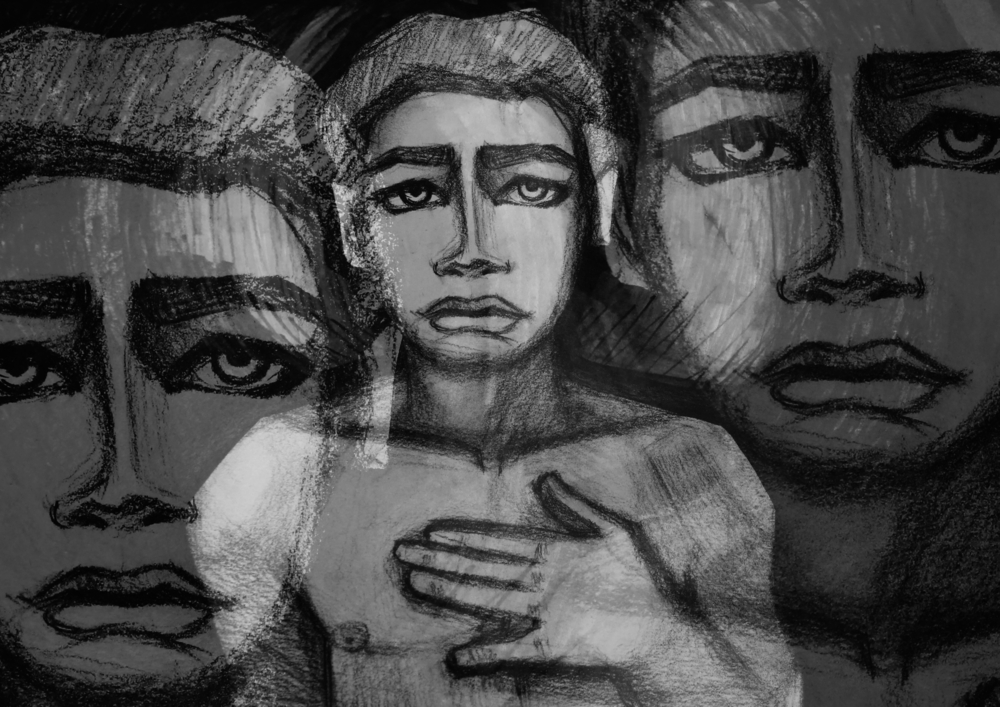 Discrimination in mental health services: David Harewood ‘Psychosis and Me’

Discrimination in mental health services: David Harewood ‘Psychosis and Me’

At 23 years old, actor David Harewood had a psychotic breakdown and was sectioned. As he puts it, he ‘lost his mind’.

On World Mental Health Awareness Day 2017, David took to Twitter and spoke publicly about his experiences for the first time. He was overwhelmed by the response. David wanted to tell the full story – to piece together what happened to him and help other people understand what it is like to experience psychosis.

In this clip, taken from the film ‘Psychosis and Me’ screened in May 2019 for BBC2, David lets viewers into the realities of experiencing a psychotic breakdown, opening up in a way he has never done before – and in a way that viewers rarely, if ever, have seen anyone, let alone a well-known person do. Meeting up with old friends who were with him when he was sectioned, David realises quite how much he blocked out and travelling up to his hometown of Birmingham, he starts to put the pieces together with his Mum. But he doesn’t want to just trace his own story – David spends time with combined emergency NHS mental health and police teams in Birmingham as they go out on 999 calls to treat people in distress, he meets young people who are living with psychosis at an early intervention group in Solihull run by psychiatrist Erin Turner and spends time with two inspirational young people to talk about their own experiences of psychosis, their treatment and ongoing recoveries.

One of the terms of reference for the Independent Review of the Mental Health Act, which published its Final Report in December 2018, was to understand and make recommendations about “the disproportionate number of people from black and minority ethnicities detained under the act”. The authors of the Final Report described this issue as “one of the most troubling and difficult areas” they considered in conducting the review. Whole books could be written about this, but a short article will have to do.

We must stress that there is a hugely complex picture here, but it seems undeniable that Black people get to the sharper end of treatment in the more uncomfortable ways.

Dr Frank Keating examined this complex picture in his report “Breaking the Circles of Fear”. He found that Black people have a strongly grounded fear and mistrust of services (which they perceive as inhumane), resist seeking help and only present in the most aversive of care pathways at the point of crisis. Jacqui Dyer, the recently appointed Mental Health Equalities Champion, says that there is a belief in some Black communities that if you go into mental health services “it’s not that you get recovery, it’s that you die there”. Similarly some of the people from BAME communities that we engaged with in developing our submission to the MHA Review clearly told us that sectioning was not experienced as a therapeutic intervention, but as little more than chemical and physical containment.

If one looks at Mental Health Act (MHA) outcomes a pretty clear picture emerges along the same lines as statistics quoted earlier. Black people are 4 times as likely to be detained under the MHA and arrested under s.136 twice as often and they are put on CTOS 8 times more frequently than white people.

Research on clinical decision-making suggests that clinicians hold negative implicit attitudes toward people from minority backgrounds and that there is a direct link between these attitudes and clinicians’ treatment decisions. Could it be that stereotypes of black people, men especially, as being dangerous are operating at a sub-conscious level on decision-makers at the point of sectioning?

On the criteria for detention, Mind urged the Review to work towards legislation that would give primacy to a person’s capacity to make their own decision rather than revolving around their mental disorder and the risk they are perceived to present. The Final Report of the Mental Health Act review did not take up our suggestion. It did, however, recommend tightening the criteria to say that there must be a substantial likelihood of significant harm and that risks would need to be evidenced. Its further recommendations included:-

The PCREF is a practical approach for organisations to monitor areas where there are disparities in outcomes, setting up processes to improve things while seeking the input of communities most deeply affected. But one problem with the PCREF is that no-one really seems to know exactly what it is or how it is going to work.

While we support the Review’s recommendations on race equality, we are very conscious that they will require a continuous commitment to tackling racial discrimination and increasing diversity and inclusion in wider mental health services to bring about significant and sustained change. We hope that the recommendations may be part of a solution to complex problems that have proved intractable for many decades but we will continue to campaign for race equality in mental health until there is genuine equality for all.

This article appears in the Legal Newsletter produced by MIND