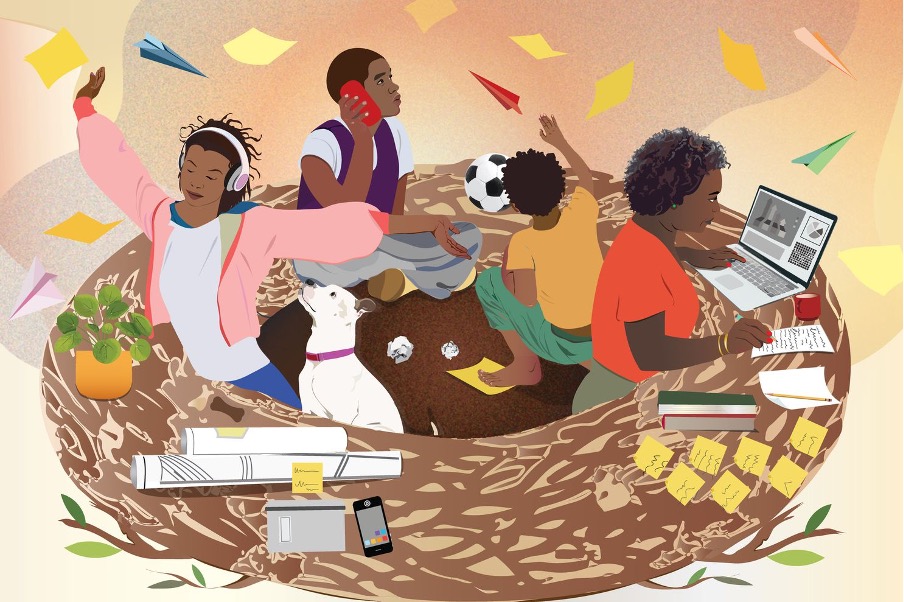 Female Entrepreneurs over 30 Need Support Too

Female Entrepreneurs over 30 Need Support Too

Society is obsessed with youth. Exhaustive yearly lists like Forbes’ 30 Under 30 are a good illustration of how this is revered in the business start-up community. For women, the space for development and support for entry-level entrepreneurs can be fleeting past the early age of 25, and effectively non-existent once they hit 30. Support groups and mentorship initiatives cater much less to these ‘older’ business-women, especially those with childcare responsibilities.

A 2019 report by The Telegraph states that some of the barriers to women in business include a ‘lack of networks and mentors’ and the challenge of ‘juggling childcare and growing a business’. To explore these issues further, I asked three female founders to share their experiences. Meeting of Minds UK’s very own founder, Uchechi Eke, and business owners Shanika Green and Nicola Sorekum offer their insights on navigating entrepreneurship, age and motherhood as ‘mature’ Black Women.

Childcare needs are seldom addressed where support is concerned, as women are often expected to juggle domestic affairs with work. On mentorship, The Rose Review of Female Entrepreneurship states that ‘only 30% of women said they already knew an entrepreneur versus 38% for men’ (2019, p.10). When asked about her experience of finding support as a parent – a gendered issue that disproportionately affects women – Uchechi recalls the challenges of caring for her firstborn in early marriage. Uchechi started her consultancy firm, Clementines UK Ltd aged 30, and in her 40’s launched Meeting of Minds UK. The former venture permitted her flexibility along with help from family. Uchechi noted this as an experience many of her peers don’t share, expressing that she felt “fortunate to be home and present” during her children’s’ formative years.

Nicola Sorekum, owner of the toxin-free nail polish brand Manicure You, shares a similar experience. Nicola launched Manicure You aged 31 whilst on maternity leave, explaining that it wasn’t until late 2020 that she’d found platforms that celebrated business-women who were mothers:

‘‘I have to say, being a mother, there were not many networking or mentorship opportunities when I first launched M.Y. […] I struggled to find many women in the same position.’’

Women are often not afforded the same privileges as their male counterparts when it comes to juggling a family and career. In 2016, the Office for National Statistics discovered that the average British woman aged 26-35 does almost 40% more unpaid household chores than the average man. Along with unequal gender dynamics in the home, schemes often fail to accommodate this reality which rings true for women, with many often having to outsource domestic labour in order to strike a balance: ‘‘I have a childminder for my daughter [who is] a family friend so I didn’t have to search too hard’’, says Nicola. She went on to acknowledge that she would have “struggled and been anxious” about starting her business had this not been the case.

Likewise, Shanika Green could not find a mentor as a 25+ entrepreneur until recently. Shanika started her events planning service, Seline’s Kreations, at 25 and debuted her retail fashion store SHANIIKA.CO at 29. Shanika resorted to a more individual approach due to lack of funds which is an additional issue Black Women, specifically, face: ‘‘I never had access to resources; I had to find a way to make things happen’’. The average value of the Self-Employment Income Support Scheme grant for example, was 39% higher for men than women. Instead, Shanika, too, relied on close support which helped her ‘spread the word’, for her business. What appears to be a shared experience between these women is the support from familial and friendship circles, so often a backbone in Black womanhood.

Another recurring issue is the tendency to view ‘mature’ entrepreneurship negatively, despite the successes of many who have gone on to create reputable legacy brands. For Uchechi, the judgment didn’t come from public view but rather from closeby. She shared that her mother specifically expressed concern about her new business venture:

‘‘My parents are of the generation whereby the ideology is it’s ‘one job for life’ – if it pays well […] why would anyone, especially a Black female African, leave such income security and start a business?’’

This conventional thinking precedes that young enterprisers are uniquely innovative. Speaking about the correlation between entrepreneurship and youth, Uchechi makes the case that the right traits will serve you well irrespective of age. Shanika states: ‘‘As a youngster […] you have more time to fail and learn from your mistakes. [This] has helped me make decisions to improve my business’’. It’s clear that venturing into business early allows room for mistakes. Surely this is a continual learning curve?

In recent years we have seen considerable gaps in the market, which have enabled diverse subsets of women to act on their initiatives and carve out space for themselves. Enterprise has no age limit, and Nicola points out what the pandemic has done for entrepreneurs:‘‘People of all ages are turning their passions into businesses to sustain themselves during the pandemic’’. This is despite the unequal financial impact of coronavirus on women.

In the broader scope of things, passion should be enough to want to succeed in business; therefore, help should be available for all. Perhaps one good thing to come out of the pandemic is how it is opening doors for more inclusive support initiatives.

The rise in women-owned businesses of late does not reflect some of the hardships that women face in terms of emotional, financial and informational support. While it is the case that entrepreneurial circles are more accessible now, there are still stringent restrictions on which women are afforded assistance.

The lack of schemes for women in their 30s and beyond means that ‘mature’ women have to work harder to find aid.

For those without already built connections, this proves to be a real source of frustration. Uchechi retorts:

‘‘Networks need to be female-run and managed, segmented by sector and operate regionally. London-centric networks ignore the challenges faced by women outside the capital’’

All three women agree that networks shouldn’t have any limitations, as running a business is a lifelong process. What we should consider more closely is how we can expand these frameworks to accommodate all. Some suggest a bigger presence of inclusivity on media platforms could help close the gap. Moreover, establishing and acknowledging an equal sharing of care work is important in reducing the gender imbalance domestically.

Written By: Lauren N. Johnson –  a freelance writer with a profound interest in culture and behaviour. Her articles focus on culture, lifestyle and the state of society. Instagram – @lojo_xo Check out her Portfolio