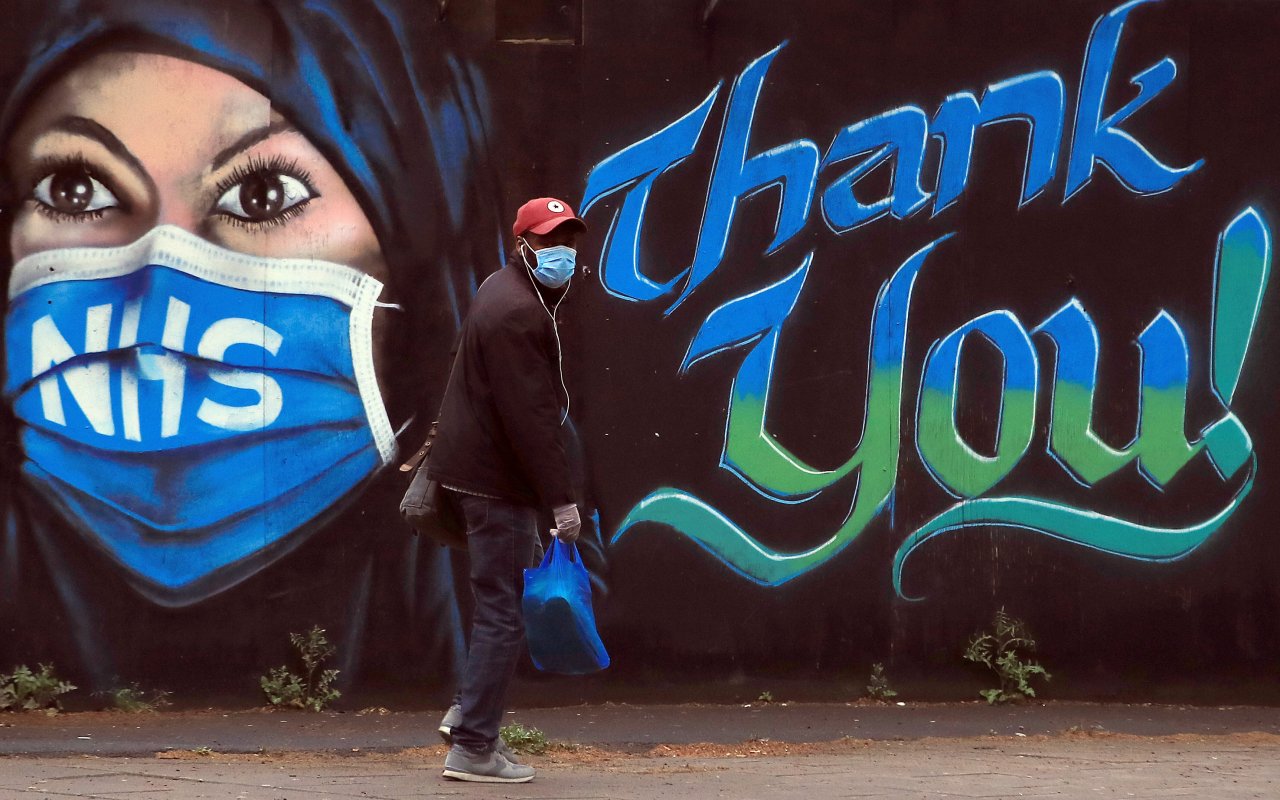 Film ‘You Clap For Me Now’ celebrates ethnic minority workers – But how will they be treated after Covid-19?

Film ‘You Clap For Me Now’ celebrates ethnic minority workers – But how will they be treated after Covid-19?

Its director Darren Smith says coronavirus has brought about a sense of solidarity within society.

He hopes the film will encourage people to “continue to be open, inclusive and tolerant” once the pandemic is over.

The film – called You Clap For Me Now – features a range of workers from ethnic minority backgrounds reading out lines of a poem.

It includes the verse:

Darren says he wanted to use some of the “hateful language” some communities have faced in the poem and also highlight that coronavirus is the “common foe”.

“At some point, we will all emerge from this, and we’ll kind of go blinking into the sunlight,” he told the BBC.

“I think there’ll be a lot of challenges, but I think the sense of community and solidarity with people will be there.

“The big thing I’d want people to take from the film is that we should continue to be open and inclusive and tolerant.

“And we praise the people who do a really hard job to look after us and our friends and our neighbours and our loved ones.”

Darren thinks Brexit and the government’s “hostile environment” policy brought about divisions in society over the last few years.

But the coronavirus pandemic has seen a “positive shift” towards people becoming much more welcoming of black and ethnic minority workers, he says.

Darren shared the poem with his colleague Sachini Imbuldeniya – who produced the video and came up with the idea to make it into a shareable film.

She contacted key workers and celebrities about taking part and each person recorded a line of the poem from their lockdown.

Dr Zoe Williams, who features on ITV’s This Morning, agreed to be involved after reading the poem.

She is training to go and work at the NHS Nightingale Hospital in London, which has been set up to treat coronavirus patients – and will be sharing her experience on Instagram.

“The poem gave me goosebumps,” she told the BBC. “It’s really positive but at the same time it’s a direct message reminding us of some of the awful inequalities and some of the racism that’s been in the NHS for so long.”

She says she knows of NHS colleagues who have faced racism from patients and even she once had a someone say they didn’t want to be treated by her because she is not white.

“The poem is a stark reminder, perhaps, to those who have been guilty of racism in the past,” she says.

“But mostly it’s a really positive message – look at how now we are valuing people by the worth of their contribution and kindness and their willingness to put themselves at risk in order to serve others.

“That’s how we’re valuing people rather than valuing them based on the colour of their skin, or where they were born or how much money they have.”

Comedian Tez IIyas also appears in the film and shared it on Twitter, where it started trending with 47,000 likes and 23,000 retweets.

Darren says the response to the film has mostly been positive and they owe Tez a “curry and a drink” for his support once the lockdown is over.

“I don’t feel responsible for it at all,” he says. “It’s sort of an alien thing happening somewhere outside of me. It’s like an out of body experience, really, but, but I’m really pleased because the message is a powerful one. And it’s a testament to everyone who contributed.

“The positive reaction is a sign that it does strike hope. People are becoming more open and tolerant of each other’s different views and opinions, which is lovely.”

Darren says that while everyone might not see the video in a positive way, the film wanted to shine a spotlight on a “subject that was being ignored”.

He said he wanted to shine a light on the difference in the situation in recent years, and now.

“Two years ago, the idea that people will come out of their doorsteps and clap for some of the ethnic minority communities in Britain, who would still be doing the same job they were doing two years ago, that idea would have been kind of impossible to imagine in a world of Brexit,” he says.

“It feels right to us to say ‘that’s the difference now’, it’s a positive difference and we celebrate that. But let’s just make sure we keep it going and don’t forget it.”