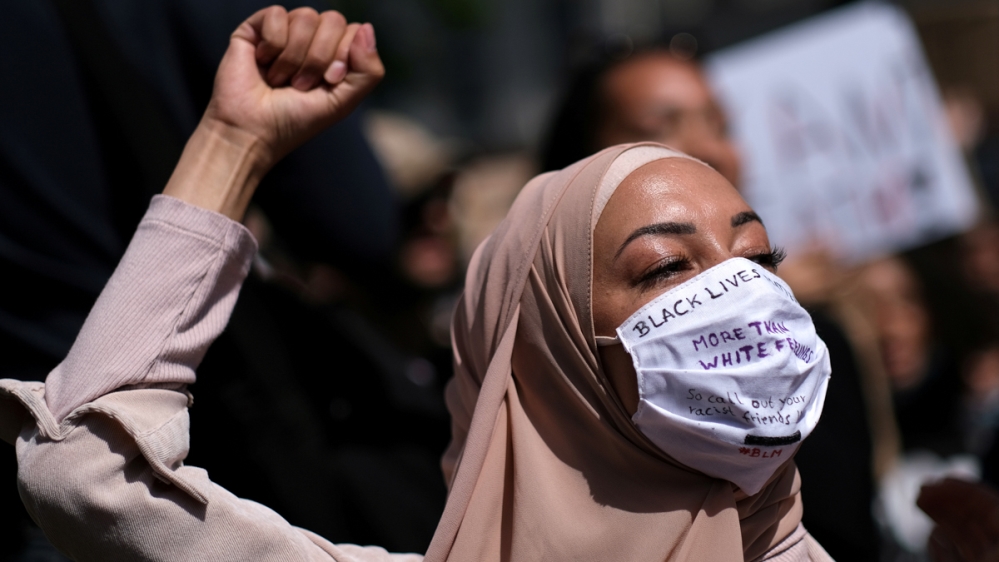 NAIROBI (BLOOMBERG) – The killing of an unarmed African-American by a white police officer in Minneapolis is sparking outrage across sub-Saharan Africa, with protests staged in Kenya and Nigeria, and political leaders voicing angry criticism.

Several dozen people gathered peacefully outside the US embassy in Nairobi, Kenya’s capital, on Tuesday (June 2), while small groups of people braved heavy rain to demonstrate on the streets of Lagos, Nigeria’s commercial capital.

Ghanaian police denied permission for a protest to be held in Accra and maintained a strong presence outside the US embassy. Large gatherings have been banned in several other African nations to curb the spread of the coronavirus.

The protests in Africa add to international pressure on American authorities to ensure there is justice for Mr George Floyd, who died after a police officer knelt on his neck for more than eight minutes during an arrest for allegedly using a counterfeit US$20 bill. The objections are all the more stinging given that many African nations have been at the receiving end of US criticism for violating their own citizens’ rights.

“Black people the world over are shocked and distraught by the killing,” Ghana’s President Nana Akufo-Addo said on Twitter. “It cannot be right that in the 21st century the US, this great bastion of democracy, continues to grapple with the problem of systemic racism.”

Mr Moussa Faki Mahamat, the chairman of the African Union Commission, said the continental group condemned the killing “in the strongest terms” and rejected the continuing discriminatory practices against black citizens of the US.

The series of recent killings of African-Americans “has sharpened the focus on inescapable realities that American society places a perilously low value on black lives,” South Africa’s ruling party said in a statement.

“It is deplorable that almost 70 years since racial segregation was abolished in America, people of colour are still routinely slaughtered for the colour of their skin.”

Nigeria’s government joined in the condemnation and called for those responsible to be held accountable.

“We hope that greater efforts be made to restore confidence between the police and the black communities,” said Mr Garba Shehu, President Muhammadu Buhari’s spokesman. “We equally urge that incidents like this should not be allowed to happen again.”

Namibia’s Deputy Prime Minister Netumbo, who also serves as international relations minister, also expressed “deep outrage” at the killing and called on the US government to ensure the human right and dignity of all its citizens were respected.

In Zimbabwe, the government summoned the US ambassador to explain a White House official’s remarks suggesting the southern African nation is exploiting protests over Mr Floyd’s killing.

That came after Senator Marco Rubio said on Twitter that “foreign adversaries” used social media to stoke and promote violence in the US and National Security Adviser Robert O’Brien later identified Zimbabwe as one of the candidates.

Mr Nick Mangwana, a spokesman for Zimbabwe’s government, said the nation doesn’t consider itself an adversary of the US government.

Article from The Straits Times