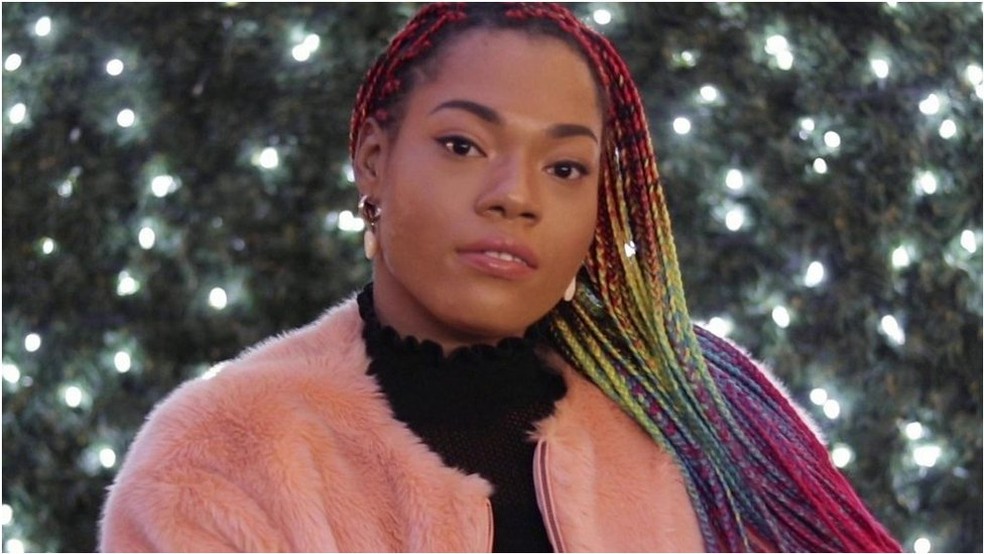 Hannah Oletaju, 20, from London was just two-years-old when doctors were forced to amputate her lower arms and legs to save her life.

The undergraduate, currently studying business, has defied the odds to carve out a profitable social media career as a fashion and beauty guru – after she first began posting about ‘things she liked’ on Instagram while at sixth form.

Her Instagram followers have rocketed to 105,000 – she once gained 50,000 in just a single month – and Hannah’s already worked with big-name brands including online fashion retailer Boohoo.

However, she tells Femail that she’s also experienced first-hand the cruel side of social media, and says that she could ‘write a book’ on trolls and stalkers.

‘I’ve had it all, trolls, people trying to stalk me – I could write a book on it!

‘People were commenting on my disability but also saying that I look like a drag queen, when I was just wearing extravagant make-up.

‘Some people said that my hairline was receding too.’

Despite her life-changing injuries, Hannah says she was a confident child from a loving home and that confidence has carried through to her adult years, making harsh comments easier to deal with.

She explains: ‘The trolling doesn’t really bother me, I know who I am and I have a very selective brain. These are just people on the internet. Social media is all absolutely fake.’

In a video interview with the BBC earlier this month, Hannah told the broadcaster that she refuses to ‘hide behind a curtain’ because of her disability and hopes to inspire others to chase their dreams.

The attention on her Instagram account ‘spiralled’ last year and has seen her stop posting temporarily while she focuses on her studies.

The upside has been the financial rewards though.

Hannah says she’s already earning far more than her peers who are the same age, with ‘five-figure sums’ dropping into her bank account every few months.

She says it took her nearly half a year after she began her Instagram account to realise that her posts could translate into cash.

She says: ‘It’s a full-time job but I make a lot more than the average 20-year-old.’

She’s now poised to make a return to Instagram but will focus more on motivating people – and has already set up collaborations with brands.

The success has been ‘mind-blowing’, she adds: ‘I had no idea, no clue. At eight-years-old, all I was concerned about was playing video games. I wasn’t even that type of person in high school, this has all been mind-blowing, quite a shock.’

Hannah says living with her disability as a youngster wasn’t hard because she ‘didn’t know any different’: ‘Because I had the amputation so young, you already adapt. When I woke up from the surgery, I asked for sweets straight away. My mind wasn’t on my arms and legs, which were in bandages.’

Hannah says her family are hugely supportive – although her father is keen for her to finish her studies so she has a more traditional career to fall back on should the Instagram dream falter.

She hopes to combine a traditional role such as becoming a lawyer, with finding a way to ride the social media wave: ‘My passion is creating something that people want to see.

‘I want to inspire other people, to make people feel good or to help them look at their situation differently. You can be differently abled, still dress well and still have nice make-up.’