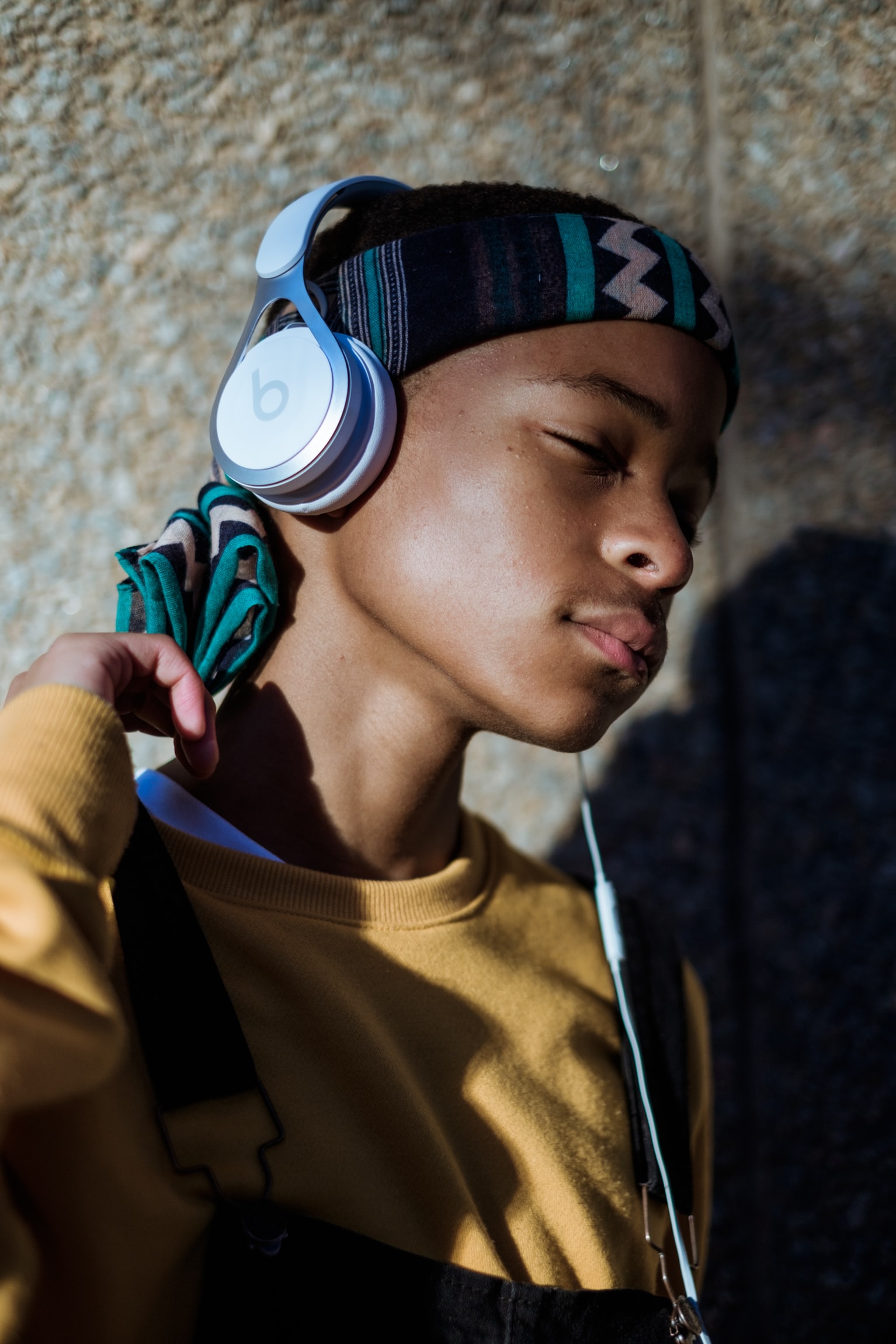 In 1984, writing in the conservative journal the Salisbury Review, Ray Honeyford challenged the notion that “multiracial inner cities are not only inevitable but, in some sense, desirable” and had “real educational consequences”. Honeyford, the headmaster of Drummond Middle School, Bradford, had two years’ previously written to his local paper complaining about the opening of a nearby black community centre. In the course of his essay “Education and race – an alternative view”, which was widely read and led to his suspension and then ultimately to his early retirement, Honeyford argued that the children of “indigenous parents” were failed by racially mixed schooling, adding for good measure that people arriving from Pakistan were from a country that was “obstinately backward”, and that “educational ambition” was absent from the “vast majority of West Indian homes”.

Believing Thatcher-era Britain to have created a climate where the “race relations lobby” was all-powerful and the police were blamed for “the behaviour of violent thugs”, Honeyford was most incensed that “creole, pidgin and other non-standard variants” were being held up against standard English in terms of power, subtlety and capacity for irony. By way of example, he decried the “misguided” efforts of fellow educators to place “Inglan is a Bitch” by Linton Kwesi Johnson (the Jamaican-born poet dubbed the “Bard of Brixton”) alongside Shakespeare and Wordsworth in the curriculum.

Three and a half decades later, the cultural canon’s ability to accommodate authentic black expression has thrown the country a lifeline. In a global marketplace, Britain’s multiracial culture is arguably its biggest selling point – reflected in its art, advertising, film and music. The Afro-Caribbean diaspora – numbering less than 2 million – now takes centre-stage in Britain’s youth-culture mainstream, ensuring that a new generation embraces minority voices.

“Looking into literature and your surroundings and seeing yourself reflected back is life-affirming,” Derek Owusu, a poet and podcaster, discloses in his introduction to Safe, a collection of black British male writing conveying its authors’ hopes and struggles, and challenging societal stigmas. His own contribution, staged in the form of a therapy session, recollects a millennial childhood blighted by domestic abuse, self-harm and emotional damage. Owusu recalls trying to navigate strained relationships with neglectful parents, finding himself to be “hardening and cracking at the same time”. His juvenile trauma leaves a lasting legacy: “In my calmest moments, I am the most lost.”

Several of Safe’s storytellers were brought up away from the “inner city” – a term used as a racial pejorative – in the outer fringes of urban Britain, home to waves of Commonwealth families seeking employment. In “The Sticks”, Aniefiok “Neef” Ekpoudom describes living “15 miles from Big Ben” in Orpington, formerly of Kent until “the home counties conceded to the capital… swallowed whole by Greater London”. School days were arduous. Confronted by a “sea of puzzled white faces”, he becomes conscious that both pupils and teachers view his West Indian heritage as “the other, the undesirable”. Being inconspicuous was never an option. He is subjected to racist abuse from bands of boys at the back of the bus and drivers of passing cars screeching off “in a waft of smoke”; at the age of 14 he falls victim to a computer hack, his work erased, swapped with a single document titled “Go Back to Africa you dirty NIGGER!!”. Though he retains memories of the “brutal cursing of my dark skin”, he feels sorry for his aggressors and takes comfort that “racists no longer roam the roads in Orpington”.

Coming of age tales proliferate. Suli Breaks’s “Floss” illuminates the “time-consuming and far from glamorous” ritual of cleaning trainers with a toothbrush and soapy water (a “scrub, dip” rhythm is the “soundtrack for the young Black male experience”), while Symeon Brown’s paean to east London dance clubs recalls his yearning to “palance, azonto, heel and toe” without judgement, to help him “cope with the dull ache” of the city. Impressive in its range, Brown’s chapter combines interviews with club impresarios and thoughts on gentrification and the empty promises of social media, lamenting that, “Instagram will give you an endless roll of tape and won’t charge but a square metre in London can cost you up to £20,000 in some corners of the city.”

With sharp commentary and frequent bursts of honesty and humour, Safe is unafraid to share its authors’ vulnerabilities and make public their ambitions – from Jude Yawson’s plans for #Merky (a new Penguin imprint fronted by grime superstar Stormzy) to Gbontwi Anyetei’s hope of creating an “African Netflix”. Unflinching in its approach, the book examines lone-parent households, loss of faith, black sexuality, and “white female privilege”, and provides pointed criticism of the UK criminal justice system.

Michael Fuller, who would go on to become Britain’s most senior black police officer, has witnessed institutional failings first-hand. He writes in his memoir Kill the Black One First that though he “developed a resilience” over decades in the force, he would never be immune to racial discrimination. Raised on BBC police dramas (Dixon of Dock Green; Softly, Softly; Z-Cars), a young Michael yearned to be on the “side of right and justice”. Early exploits in crime-fighting include alerting authorities to the whereabouts of stolen trophies, for which he received half a crown (“rather a mean reward”), and catching a burglar who had broken in through his window. “The satisfaction of arrest. This was the justice system at work,” he believed.

Determined to join the police immediately after studying for his O-Levels, he is distressed to find classmates handing out National Front (NF) leaflets advocating the “repatriation of coloured immigrants and their families” and stereotyping black boys as thugs and slow learners. After some detective work, he is heartbroken to discover his favourite teacher, a former army major who taught French and whom Michael had helped paint his old military jeeps, compelled pupils to distribute the literature in an NF recruitment drive. Defiantly, Fuller wins the school’s language prize, with which he buys a copy of The Police Manual.

Authority figures continue to disappoint throughout his time as a police cadet (he joined aged 16 in 1975) and officer, with National Front propaganda migrating from schoolyard to canteen (one poster read, “Immigrants, their Diseases and the Burden they Place on our Health Service”). Considering, as he suggests, that many officers “had never spoken to a black person before”, the scale of anti-black sentiment in the Metropolitan Police at the end of the 20th century seems staggering, with racist hate speech “thrown about routinely”; knuckle-dragging prejudice (“Spades nearly always have an out-of-date tax disc on the car,” a fellow officer informs him); and extensive profiling of the Afro-Caribbean community.

When he attempts to apprehend someone under stop-and-search laws, his colleagues burst out laughing – as “Sus” was apparently designed “for white officers to arrest black people who had pissed them off”, not the other way around. Fuller is frequently singled out because of his colour, even when entering a room: one colleague (“a nice man”) puts on a “horrendously bad West Indian accent… and threw in all the Jamaican slang he knew”, while a “top comedian” performing at the Christmas party notes his entrance with “Oh ho! A spear chucker’s just walked in!”

Fuller tried to laugh along with everybody else: “How else could I belong?”, he asks mournfully.

The narrator is most lucid in his recollection of 1981’s south London riots when “the Met had practically moved into Brixton”: inside a big green police bus he quietly sits next to policemen shouting “Coons! Wogs! Sooties!” at local residents through the glass. Brick-throwing ensues and he witnesses his constable, whose accent suggests he was “brought up as a member of the ruling classes”, hurled through a shop window. “Babylon! Get out of Brixton!” the mob cries.

Though nominal endeavours were undertaken over subsequent years to record the grievances of non-white officers, widespread systemic racism would render the Met incapable of successfully policing London’s black communities. It finally recognised its failure after the 1999 Macpherson report into the death of Stephen Lawrence.

Written by: K BISWAS  a critic and co-chair of the Race Beat, a new network for people of colour in the media.