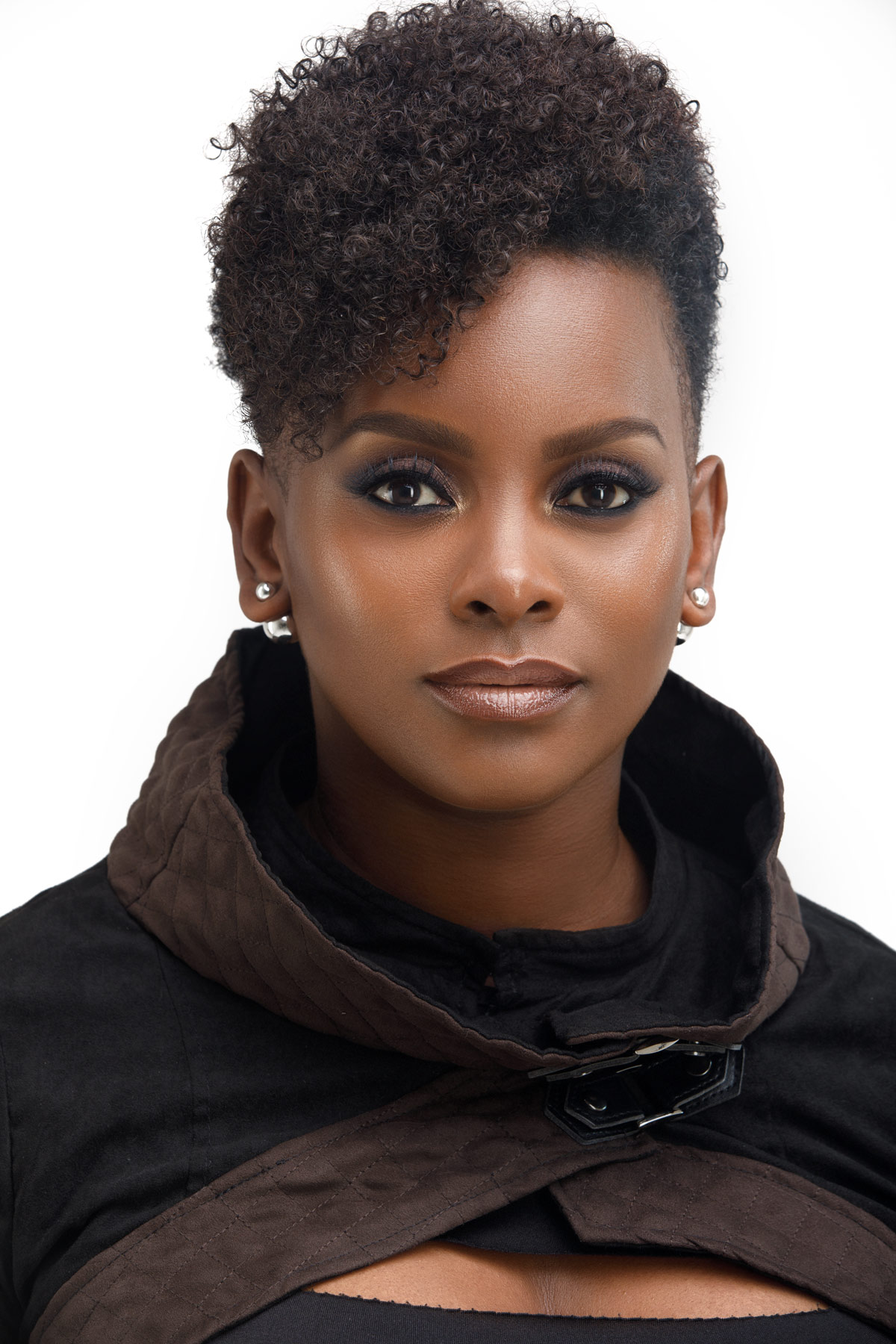 Dionne Smith is a mentor, educator, and award-winning celebrity hairstylist. She has spent the last 20 years perfecting her craft, nurturing life-long relationships with amazing brands, and even launching her own signature line of hairstyling products and tools. Her clientele includes celebrities such as Venus Williams, Amber Rose-Gill, and Regina King. In this interview, Dionne shares more about her journey as a hairstylist.

When did you know you wanted to be a hairstylist?

Initially, I didn’t actually want to be a hairstylist funnily enough. I I didn’t think it would be lucrative. But how I actually started doing hair was from quite a young age. I’ve got two younger sisters, so I started doing their hair. My dad was kind of an old school traditionalist, as their older sister, he wanted to make sure their hair was groomed for school. You know, that sort of thing. So, I started off doing their hair, then their friends hair and then the mums hair and then the mums friends and it just continued to grow. It became sort of like a side hobby to make extra money. I used to do it around school, and weekends and whenever I had space. But still tried to do other things like work. It got to a point where it was so busy, I had to make a decision because I was getting burnt out, trying to work, trying to do hair. Then I was like, maybe if I do this full time it could actually work out. So I took the bullet and decided to give up everything else and go into it full time.

What was the experience like of opening your first salon?

For me, I grew my clientele initially from home, but it got to the point where it started to get too busy for the house. It was driving me mad; hair everywhere, clients coming and going, sometimes you get a bit of an overlap, so people were waiting. And then one of my clients funded my first salon. She was like ”I think you should open up a shop, you’re doing so well”. Then I spoke to people that were around me at the time, and asked them what they thought. They were like ”Dionne do it, if she’s willing to help you.” But I wasn’t sure if I wanted a whole salon, sort of thing. But anyway, I took the offer, so she gave me £10K. I paid her back because I took it on the basis that I would pay her back and whilst doing that, I would give her free hair care. It was nice that she was able to do that. That is what kind of catapulted me and my career going into a salon.

Were there any new courses you took when opening the salon?

The only thing I took seriously at the time was getting my qualifications in hair. Because even now, a lot of Black hairdressers are not qualified, they just open shops. So, I just wanted to be different from everyone else. I wanted to do it professionally and show that it can be done. The qualifications I took were NVQ Level 2 and Level 3. When I initially went to school, I wanted to do Level 1 but because I’d been doing hair for so long they said I was too advanced. So they put me straight onto Level 2.

How did you find having a salon and being a mum?

It was really hard. With salons sometimes you can’t guarantee you are going to finish dead on time. Because sometimes services can go over. If someone turns up late, the whole day is shifted. Little things like that. So that was challenging but the benefit was that I was my own boss and I was able to quickly do the school pickup. There were times when some of the staff if they saw that I was busy and they were free, would run and pick the boys up. So they would help me. But the flip side of that is that I was able to provide and set a good example for my kids.

So now you don’t have your salon, how does it feel to be fully freelance as Dionne Smith?

It’s really hard because I’ve actually found it better. And I don’t want people in salons to feel like ”OMG I need to go freelance”. It’s not that- it’s just that I feel like it’s freed me a lot and because of the personality I have, I don’t like being in the same place for too long. I get bored. So it’s nice being freelance because it throws you in different places. I really like that side of it. And what I found is that the salon was needed because it got me where I needed to be. It geared me up for becoming freelance. And I’m still achieving a lot more and able to do a lot more without worrying. And now, the few clients that I do have, they kind of just work around me. So, it works out!

What inspired you to launch Signature By Dionne Smith?

I’ve always been keen on things that will help people improve their skill set. There are a lot of afro stylists who are not at their best and I’d like them to take what they are doing seriously. COVID was my push to launch Signature by Dionne Smith. Because at least if something like this happens again, God forbid, there’s still some income coming in. You’re not just relying on the need to physically go out and do work to get paid. The Ebony Hair doll was really important to me because you don’t see dolls like that. The Ebony Hair Doll is about learning how to touch, feel and manage afro hair.

What has it been like being a celebrity hair stylist?

I’m just glad I can be in this space. I think that it’s not that we are not available, it’s just that we are often not given a chance and that’s a reflection on the people at the top who are making the decisions, they should be more diversity in their crew.

What advice would you give to young aspiring hairdressers/business owners?

If you’re a hairdresser, get your qualification. You don’t know hair until you learn hair and the science of it. That knowledge will make you a better hairstylist. In terms of starting a business, don’t jump into it for money. Do it because you love it. Also, don’t start a business because you can open and close when you want. You work 10 times harder when it’s yours than working for someone else but it feels good because it’s yours.

How have you found the ‘therapist’ aspect of hairstyling?

I’ve heard, seen, cried, and laughed with so many clients. It’s such a personal space. But I also think there’s a line. I’ve seen many times where hairdressers get too comfortable and become very opinionated. If I share something, it will be to help bring the client up. If you ask me, I will tell you. But otherwise, I’m here to listen. I think many hairdressers need to learn how to manage that.