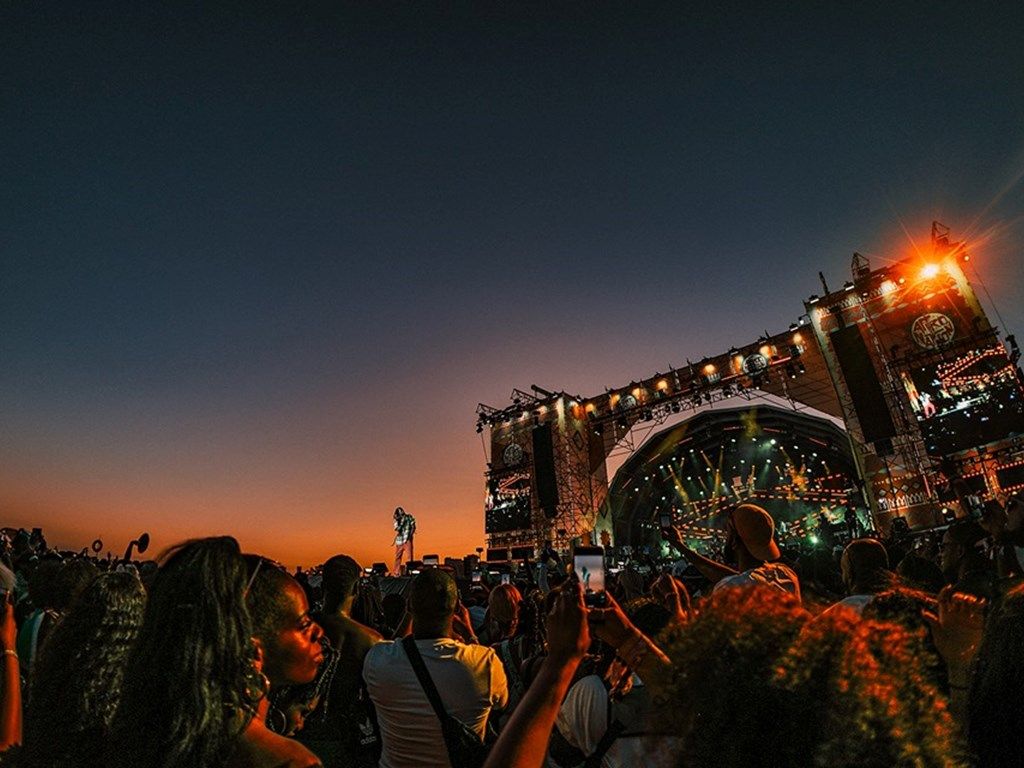 In defence of Black-owned businesses: SMADE Entertainment does not represent all black business owners

In defence of Black-owned businesses: SMADE Entertainment does not represent all black business owners

The global COVID-19 pandemic has brought everyday life, and our summer plans to a standstill. Schools and offices have been closed, high streets have become no man’s lands, and the international travel industry is on the brink of collapsing in on itself. This coro coro environment is not letting any of us see peace, with the current situation impacting each and every one of us, including event organisers like SMADE Entertainment.

After the hugely successful 2019 debut of Afro Nation Portugal, which was launched as on off-shoot of 2018’s Afro Republik, the event planners promised an even bigger and better return to Portugal for 2020. But, as already touched on, the pandemic meant the end for these plans.

For most affairs the story would end here, but for Afro Nation, it was just the beginning. Because, despite the official announcement that the festival was no longer taking place this year on May 11th, customers are yet to be refunded. Instead, reimbursement is being held against the promise that things will now go ahead in 2021. This decision is rather ludicrous as, for one, it cannot be assumed that would-be attendees would even be able to attend next summer, let alone even want to. Secondly, and most fundamentally, it goes against both UK law and the terms and conditions of official sellers, like Ticket Arena (see section 7, refunds and cancellations). Under both these agreements, you are entitled to a full refund for rescheduled and cancelled events. So how has SMADE Entertainment gotten around this? Well, the company is now claiming to be operating under Portuguese law for this event, despite being registered in the UK.

These actions have, understandably, been met with great controversy by customers, especially across social media. Users have, subsequently, accused the enterprise of ‘daylight robbery’, as well as branded the organisers as ‘unprofessional’ and ‘callous’ (read here). This comes amid a global crisis that has put several people’s livelihoods in jeopardy. This backlash has also arisen against the background of more entrenched animosity towards the business’s eponymously named owner, Smade (real name Adesegun Adeosun Jr.). This has been due to his behaviour on social media, which has consisted of: blocking and insulting some buyers on Twitter and Instagram for asking for a refund; and turning off Instagram comments on Afro Nation’s page, to avoid even further questioning.

In consideration of all of this, it would be just to conclude that SMADE Entertainment’s handling of these circumstances has been, quite frankly, disgraceful. Smade’s personal engagement with negative feedback has worked to compound people’s disillusionment with the brand, as it has ultimately revealed a lack of integrity on his part. The festival franchise had so much potential to have a long-term impact on black British youth culture, which, up until recently, has been predominantly Afro-Caribbean, more specifically Afro-Jamaican influenced. For example, various carnivals rooted in Caribbean cultures, most notably Notting Hill Carnival, have been the dominant public face of black Britain for over half a century.

Afro Nation Portugal was the first festival of its kind to centre African sounds, while maintaining a UK leaning. 2019’s experience truly had the potential to draw racial parallel’s with predominantly white events like Glastonbury, which have amassed a cult following in contemporary British society. Conversely, it now runs the risk of mirroring Woodstock, a legendary one-trick pony.

These musings, along with the criticism that Smade has received for his handling of the situation are valid. But what has made me raise an eyebrow is the absurd, but unfortunately expected, framing of this particular incident as representative of all black event organisers and, more widely, black business owners. Each time an instance of someone having a negative experience with a black business owner becomes public knowledge on social media, an almost inevitable tendency occurs for some black people to self-homogenise these moves as indicative to the black people as a whole. It is a very bizarre thing to witness, yet something I see occur time and time again. For example, a black hairdresser will run late for an appointment and not deliver on the style that was requested. Or a black-owned restaurant may provide terrible customer service. People will then (rightfully) be outraged, with some extending this (valid) criticism to then encompass all black-led companies, with the commonly parroted mantra of: ‘this is why people don’t support black businesses’.

This type of response is harmful as it not only streamlines black people into one singularly operating entity, it amalgamates blackness as inherently negative and dysfunctional. There is certainly something to be said about poor business practices from black proprietors, which is an issue that needs to be addressed. However, these types of statements compartmentalise substandard service as an intrinsically black issue. This is done while ignoring the numerous examples of similar treatment by non-black owned enterprises. They also work to reinforce racist tropes of dysfunctionality, laziness and aggressive behaviour as black characteristics. They are reductive and devoid of a broader contextual understanding. Episodes of professional malpractice by black proprietors are largely informed by a lack of capital to run things as efficiently as more monied and sizeable corporations.

We can see this notion play out through a comparative look at the reactions to coronavirus related disruptions by Afro Nation and Wireless. As aforementioned, the former is currently attempting to avoid masse repayment by inserting itself into the framework of Portuguese law (while being a British company). Meanwhile, Wireless swiftly reimbursed all would-be attendees after announcing this summer’s cancellation. Predictably, comparisons were drawn by those in the ‘this is why people don’t support black businesses’ camp, to validate their belief. Yet, how can an earnest equivalence be concluded between an event that has only run once, by a comparatively smaller company, to a festival that was launched in 2005 and is backed by a multi-billion-pound organisation (Live Nation)?

SMADE Entertainment’s proceedings were, indeed, reprehensible. People’s distrust in future Afro Nation projects is reasonable, with some going as far as to suggest a boycott of the brand’s affiliated ventures altogether. But, when considering the context in which many black-fronted businesses function, it’s clear that unsatisfactory operations are often informed by socioeconomic restraints. These obstacles predominantly affect black people due to our own socioeconomic positioning in society. The problematic attitudes of the individual owners also contribute to these failings. To finalise my stance, black-owned businesses who let down their consumer base should be held accountable, but not on the basis of their proprietors being black.

Hannah is an award-winning writer who is passionate about discussions centring black women and the nuances within this identity. Connect with her on Instagram and on her blog.