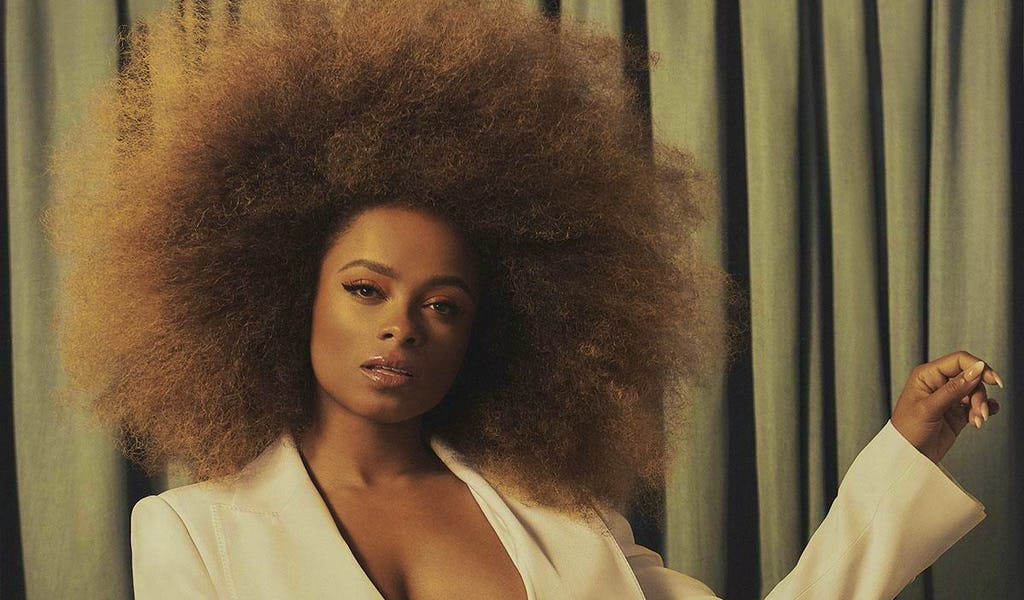 ‘It’s not talked about’: Female artists speak out about racism

‘It’s not talked about’: Female artists speak out about racism

Many women are now speaking out after anti-racist protests took place following the death of George Floyd in the US while in police custody. Former EastEnders star Michelle Gayle said she overheard a co-star describe the soap’s black actors as “token”. Gayle told Grazia she “couldn’t wait to leave” the show, where she played Hattie Tavernier from 1990 to 1993.

“I heard an actor say black actors were ‘tokens’ without realising I was there. I didn’t complain,” she said. “All I did was think, ‘If that’s how we’re thought of, I can’t wait to get out’.”

The actress went on to have a pop career, with songs like Sweetness, and she levelled similar accusations at the music industry at the time. “The record company said I could no longer call my album Walk of Pride and my management told me, ‘Less of the black stuff’,” she added.

Fellow singer Fleur East had a similar story to tell. She said that when she was in a group before taking part in ITV show X Factor, she was once told she “wouldn’t be able to sell” her music if she wore her hair naturally.

Speaking to Hello! magazine, alongside her husband Marcel Badiane-Robin, the singer and TV presenter said it was important to her that she wore her afro “proudly”.

“When I went into the X Factor, one thing that I really didn’t want to compromise on was my hair,” said East, who finished second on the talent show in 2014. “That, to me, is a representation of me, my colour and my culture, and I believe that should be celebrated.”

‘Someone to look up to’

Before appearing on another reality TV show, I’m A Celebrity… Get Me Out Of Here!, East said she was quizzed about whether she was going to braid her hair in the jungle. She made a point of ignoring any such suggestions, in order to set an example like one of her heroes, Scary Spice Mel B, who had inspired her when she was a child. “I’ve been to shows where backstage I’ve met young black and mixed race kids whose parents have said, ‘Thank you so much Fleur for wearing your hair proudly and for speaking about your culture and your roots, because my child has someone to look up to’.”

Both the BBC and ITV declined to comment on Gayle or East’s comments.

Meanwhile, Sabrina Washington; former lead singer of Mis-Teeq, believes she was discriminated against in the form of colourism. She told The Sun that she was told she “wasn’t aesthetically desirable'” by music bosses, as she had the darkest skin tone of the three girls in the band. “The first time I experienced racism was in the music industry. It’s not talked about,” said Washington.

“I was told I wasn’t aesthetically desirable, because I was a darker-skinned black woman. “I was good enough to sing, but was told I’d never go on the front of a magazine, as black women don’t sell them,” she added.

Earlier this month, UK artist Leona Lewis said racism goes on much closer to home every day and she’s “sick of it”. Speaking on her Instagram page, the former X Factor winner gave details of an encounter with a “racist” shop owner, who became confrontational with her and her dad, threatening to call the police on them after having profiled them as being potential thieves. Lewis recalled angrily calling out the shopkeeper as “a racist”, before breaking into tears on realising it wasn’t the first time her dad had been subjected to such abuse.

Another artist, Aluna Francis – solo singer and one half of electro pop duo AlunaGeorge – has spoken of her desire to “reclaim some space as a black woman”.

She thinks that black women in music are only given opportunities in traditionally black areas, like hip-hop or R ‘n’ B, and denied entry to other areas. “If you want a career in music and you’re a black girl, there are two or three lanes that you’d be out of your mind to want to get ahead in – dance music, indie guitar music and country music – unless you’re Lil Nas X,” she told The Forty-Five, referencing the US male rapper’s rare hip-hop/country smash hit, Old Town Road, alongside Billy Ray Cyrus.

Aluna remembered having been put off making the kind of dance/indie music she wanted to make in the past due to the fact that not many other black or dual heritage women were really doing it and she was told she wouldn’t be deemed “convincing” enough. On her upcoming debut solo album, Warrior, she declared she wants to recoup the dancefloor for people like herself. “I mean, yeah, course, who would believe that a black girl is the front-woman of a guitar indie band when there’s no representation?” she questioned.

“That’s not to say that there’s not lots of young black girls out there who would love to do that or would love to go to a rave, but they want to feel invited and they don’t want to go by themselves.”