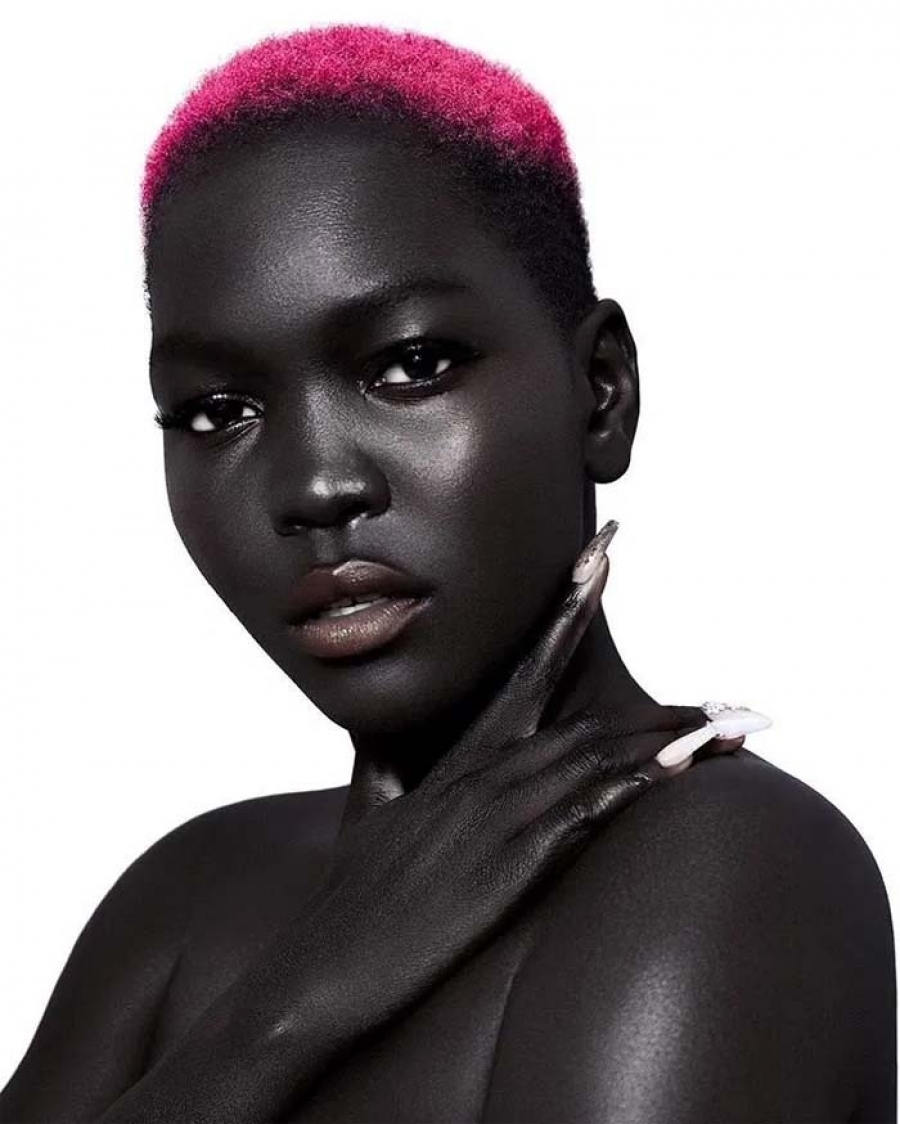 The mid-00s saw a natural hair movement come to the forefront of black female social consciousness. The socio-political movement, birthed by mainly 4c haired black American women, saw the widespread abandonment of the infamous ‘creamy crack’ (relaxers), in favour of embracing natural afro-textured hair. I officially joined the crowd in March 2017, after a transition period of five months, after my last relaxer in November of the year before. It’s been nearly four years since my last relaxer and three and a half since I ‘big chopped’ – I still find myself having uncomfortable feelings regarding my hair, and it’s texture. A lifetime of a cultural and social indoctrination under a multi-century old system of white supremacy will do that to you.

The precarious relationship I have with my hair is not new; it’s something with which many black women continue to struggle. This is why, in theory, we’re currently in a new age of self-love and self-acceptance, but in practice? I believe, collectively, we still have a very long way to go when it comes to eradicating internalised anti-blackness from our psyche. This stance is informed by intra-community hair politics combined with a persistent reliance on hair extensions which do not match the natural texture of our hair.

Market research firm Mintel reported in 2015 that the popularity in natural hair has negatively impacted relaxer sales, which dropped by 18.6% between 2013 and 2015 in the US. This segment has subsequently fallen from grace as the second-most prominent market leader to one of the smallest sectors, as of 2020. While on the surface, this information seems promising, black women’s navigations through black haircare and the broader hair culture remain taxing. For example, while it may be no longer socially acceptable to lust after loosely curled ‘type 3 hair’, which is a typical result of having mixed ancestry, a hierarchy persists within the ‘type 4’ category. In line with this tiered system, 4a hair is predictably the most coveted. We see this preference manifest in media representations of black women’s hair, particularly online.

When blatant anti-blackness and texturism become too awkwardly placed, black women with 4a hair make up this ‘buffer class’ between a highly visible multi-racial aesthetic and mono-racial blackness.

Natural hair pages on Instagram proudly boast 3c – 4a/b eco-styler defined curls and slickly laid edges. 4c depictions, on the other hand, are often relegated to blow-outs and ‘protective styles’. In further reference to Mintel’s 2015 findings, sales of styling products increased by 26.8% within the aforementioned period, resulting in an overall market share of 35%. This sudden rise in styling products may initially seem innocuous, but when considered in the context of these texturist practices and advertising, a clear infatuation with looser and defined curls is evident.

To expand, 4c is the most common hair type among black women (black people in general), yet is the most hidden, the most manipulated and the least represented in its raw state. But why is this? Well just as with colourism and featurism, hair textures that deviate too far from the white (or in this case non-black, given the unique nature of afro hair) standard are side-lined in favour of features which suggest the presence of non-black admixture within one’s lineage. The global racial hierarchy does not operate on a single black and white, or more pertinently, black and non-white, basis. In truth, the socio-racial order works along a sliding scale, with a culmination of physical characteristics acting in conjunction to produce a phenotype that aligns either closer or further away from whiteness. Black women with darker skin, wider and rounder noses and kinkier hair sit at the margins of mainstream beauty standards. They often find themselves having to navigate through an insidiously anti-black beauty industry, which markets the likes of bleaching (or now more stealthily called ‘brightening’ creams), surgery, relaxers and non-afro textured hair weaves and wigs.

This distinct form of racialised gender and gendered racial oppression that black women face has historically contributed to the long-withstanding practice of black women covering their hair under wigs and extensions. These hairpieces, more often than not, imitate white hair. Yet noting this fact is met with severe pushback, with arguments that the hair used is actually Peruvian or Indian, not European, made in opposition. Indeed, while engaging in any of the first three aforesaid ‘beauty’ modifications is widely met with serious criticism by the black community, relatively little resistance is made against the latter two. But despite this widespread denial, it can’t be ignored that the majority of the hair available on the market and marketed to black women is wildly different in texture to what the vast majority of us have, aligning significantly closer to whiteness than blackness. Numerous black women who will never wear their natural hair out for longer than one week out of the year have latched onto this deflection without critically examining the implications of this continued action.

It is cognitive dissonance to acknowledge the practice of wearing wigs and weaves as a method of cultural assimilation into white society but then also claim that the point of these extensions is not to imitate a beauty model which is heavily proximal to whiteness. This type of paradoxical thinking is dishonest and needs to be sincerely addressed, lovingly and logically.

In the UK, it’s estimated that £5.25 billion is annually spent on hair, with black women accounting for 80% of this total spend. This figure is colossal when you consider that black people only make up 3% of the UK population, with black women constituting roughly half of that already minute figure. Despite this, black-owned hair shops and haircare remain a rarity across Europe. In the US it is the same, with African Americans owning just 14% of a black hair market worth $2.7 billion, as of 2014. Conversely, South Korean shares, which account for around 60-80%, dwarf this proportion. Thinking within the framework of these numbers, it’s clear that black haircare is a significant aspect of black culture across the western world. From observing who controls the majority of the domestic and global markets, it’s also apparent that a substantial part of our culture is being bought and sold to us for profit. During this process, we are often priced out altogether, not even being able to partake in a crucial area of our racial consciousness. As Asian manufacturers dominate the supply chain of hair extensions, due to raw hair overwhelmingly originating from this continent, it’s no surprise that they’re able to do this.

Black business ownership in this sector can only thrive if we alleviate our dependency on hair that does not come from us, and that is the brutally honest truth. Our continued consumer engagement in this market significantly surpasses our proprietorship, thus making us minorities in our own industry.

Although I believe that black women should be free to choose what we want to do with our already highly policed hair, we have to recognise that our choices do not exist within a vacuum. It’s hardly ever ‘just a style’ within a cultural framework of misogynoir, racial co-option and barriers to self-ownership. These realities are something we need to be candid with ourselves about if we want to progress both our group and individual journeys of self-love and self-acceptance.

Written by: Hannah is an award-winning writer who is passionate about discussions centring black women and the nuances within this identity. Connect with her on Instagram and on her blog.