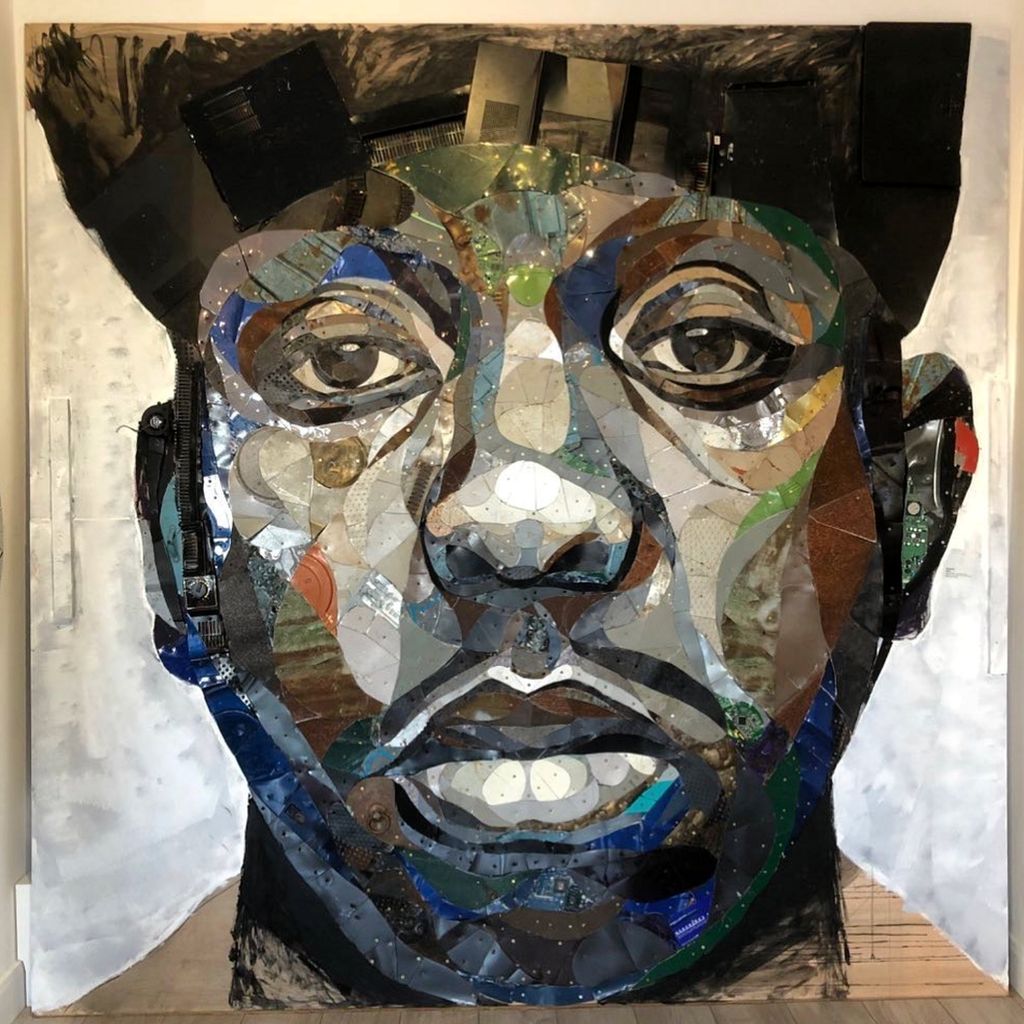 For the past five years BBC News has invited entrepreneurs to share their advice in a video series called CEO Secrets. Here, four black business founders who have been guests discuss how they feel their skin colour has affected the way they navigate the business world.

Ojoma, 37, is the founder of Dear Curves, a fashion label for plus-size women. She used to work on the shop floor in Topshop, but eventually took the plunge of starting her own fashion business.

I’ve been stared at in disbelief [at business events], when I introduce myself as the owner of Dear Curves. From their reaction you can tell they didn’t expect to see a black person. It’s almost like people are saying, “Did she miss the exit?” I’m often asked again, as if to clarify I am who I “claim” to be! It can end up with them walking away in embarrassment. I wish there were more female fashion entrepreneur role models, to boost confidence.

Recently we had the protest for racial equality in the US, and rightly so. So we had a lot of big businesses coming out making wonderful pledges, publicly preaching about how they would create space for black and minority-owned businesses. These brands publicly ask you to send them a copy of your lookbook, but privately, they send you an email, talking about how “I’m not a right fit for their platform”.

The key problem with this is I’d not even sent them a copy of my lookbook yet! This is what black-owned businesses like mine deal with. I’m tired of being used as a tool to publicly show how diverse these brands intend to be, but in reality they don’t mean any of the things they declare.

Jamal Edwards 29, founded the online media company SBTV in 2007 in west London. It grew out of YouTube, with an emphasis on discovering new music artists, including Ed Sheeran and Dave. He was awarded an MBE in the 2015 New Year Honours list.

I personally feel like the democratic nature of the internet has meant that the opinions and ideologies of the so-called gatekeepers – who are mainly white – are null and void. It’s made it a lot easier for people like me, who are of Afro-Caribbean descent, to prosper.

This has broken down a lot of barriers and increased the access to opportunities that may have not been readily available to me before the YouTube era.

When I first started I had work experience at MTV and the BBC, and I always remember feeling a sense of nervousness going in to work because it felt like I was the outsider.

I quickly learnt to overcome these problems, but I don’t think it should be a feeling an aspiring young professional should face.

Although I have had many successes I have faced many challenges. For example, there came a point in my business where I felt like I hit a glass ceiling. It became clear that I was not being taken seriously due to my appearance because I didn’t dress or look like your generic executive. I have always looked at it as a matter of strategy to debunk these micro-aggressions that were the cause of these barriers. It became apparent that I had to hire a senior white male executive to balance things out and to aid in breaking through the glass ceiling I was faced with. Since then we have built a great partnership and we work extremely well together.

As time has passed it’s inspiring to see all the black executives championing change. I definitely think there has been change, even if it has been small. This has led to other entrepreneurs coming through and making a name for themselves. It’s refreshing to see people that look like me, that have often been overlooked, and had to work harder than their white contemporaries, to be taken seriously and reap the fruits of their labour.

Gerald Manu, 22, is the founder of Devacci , a street fashion label he created while still at school in Croydon, south London.

The Black Lives Matter movement really matters to me because I believe in equality in every aspect of life. Black people like myself have been treated unfairly and it is time for a change.
I have experienced countless hardships as a black entrepreneur. My worst experience was fundraising.

I had come across an angel investor who agreed to schedule a meeting with me. The meeting only lasted about 20 minutes. The majority of the meeting was the angel investor brutally criticising my business plan without any positive feedback, but that wasn’t the worst part.

He made a comment saying: “I know that if I give you this money, you will most likely blow it all on an expensive lifestyle or spend it recklessly. Why don’t you go ask other black, influential, wealthy people in the UK for the money instead?”

I was shocked and disgusted by those comments. My ego was crushed at that moment. It was one of the worst days of my life. But I did not let it get me down, I used those comments as fuel to pursue my dreams with Devacci.

I hope there will be more diversity when it comes to venture capitalist funding for businesses, because I know I am not the only one facing this type of racial discrimination. Being a black entrepreneur trying to secure angel investment or venture capital for your business is basically almost impossible and that is something that needs to change.

Kike Oniwinde, 27, is the founder of BYP Network, which works with businesses like Facebook, Sky and Netflix. It has been called ‘the black LinkedIn’, creating networking opportunities primarily for black people.

When I started my business back in 2016, it was partly inspired by the Black Lives Matter movement, and the realisation that there was a lack of black representation in corporations. I felt like the media only represents black people in a negative way: it’s about knife crime, or it showcases us as entertainers in sports and music only.

This led to the motivation to “change the black narrative” by connecting black professionals around the globe for role model visibility, job and business opportunities and economic empowerment.

Here we are in 2020, and the same motivations still persist. There are not enough black people in senior leadership positions here in the UK, we still face prejudice, micro-aggressions, racism and closed doors. Race is something I think about daily, mainly because my business is focused on black attainment, but also because the glaring differences of how we are treated is constant.

As a black female founder, access to investment is statistically near-impossible. In Europe, €13bn (£11.6bn) a year funding is spent on predominantly white, male founding companies to innovate the future.

Venture capital firms should be held accountable for the lack of investment in black founders. We have barely seen statements of solidarity or even acknowledgement of the current climate.
As an entrepreneur, I believe the wider public should be more informed about the venture capital world so that more people can hold them accountable, not just the elite few.

Myself and other black founders ask them to:

Black lives matter in all facets of life, whether when questioned by police, interviewing for a job, or seeking investment. As a black female founder, I am aware that others see me as a role model, the very representation I was searching for. So it’s part of my duty to ensure doors can be opened for others that look like me.

Written by By Dougal Shaw, CEO Secrets series producer for the BBC.