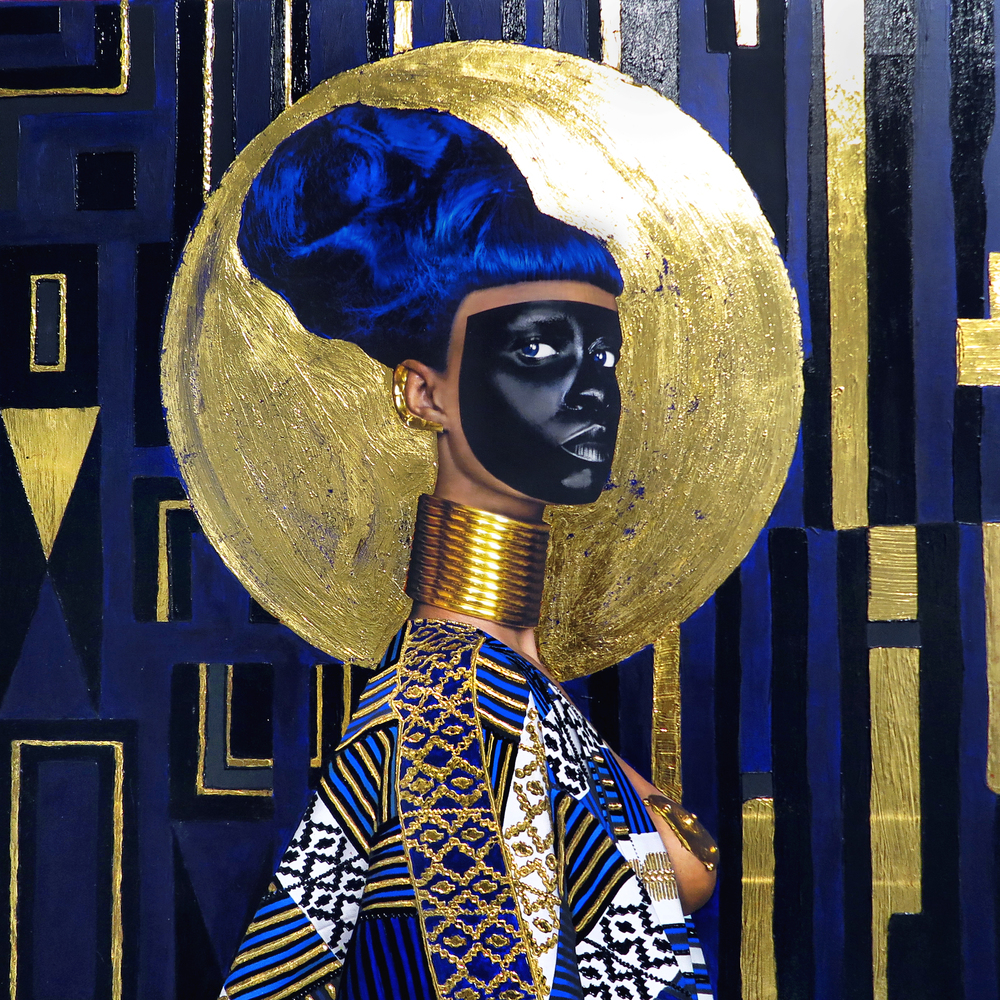 Lina Iris Viktor: Reimagining Darkness as a Positive Force in the Art World and Beyond

Lina Iris Viktor: Reimagining Darkness as a Positive Force in the Art World and Beyond

Lina Iris Viktor is a Liberian-British visual artist who is disrupting the way gender and colour are viewed in the professional art space and the world. In her artwork, Viktor explores notions of race, history and identity to conjure profound reassessments of Blackness, Black Womanhood particularly.

Historically, the art profession confines African art to craft and artefact, deeming the colour black unattractive. Viktor makes the point that in art schools, artists are often told not to use black because it detracts from other colours. Viktor rebukes this. As a society, we have negative connotations with the term and the colour black, however, Viktor perceives blackness as the first source material that created the universe. Thus, she aims to interrogate this kind of information and its negative ramifications through her elaborate use of the colour to produce ‘‘very black works’’ which operate in undoing these associations. Viktor reveals prejudice surrounding ‘blackness’ whilst simultaneously challenging these through her art, using techniques like colour, portraiture and architecture to reimagine darkness as a positive force.

In November 2019, I had the pleasure of meeting her in person at her exhibition opening: Some Are Born To Endless Night – Dark Matter at the Autograph art gallery in central London. Here, the artist explained some of the thoughts that went into her work.

Viktor uses 24-karat gold leaf, ultramarine blues and black on paper and canvas. With these arrangements of colour and patterns, Viktor explores blackness both as colour and as socio-political consciousness. Her work depicts darkness and blackness as uplifting, contrary to the discourse that surrounds it. Her premise? Black is the source of everything. Viktor quotes:

‘Black to me is the proverbial ‘materia prima’: the first matter blackness as source, the dark matter that birthed everything’

Viktor addresses the 19th-century myth of Africa as the ‘dark continent’, encouraging audiences to reassess what black is by elucidating the luminous nature of darkness, drawing in astrophysics and scientific sentiments to do so. Using black as a stark backdrop, the artist highlights the codependency of black with other colours, i.e., the reciprocity of light and dark. The patterns incorporated in many of her pieces (such as the above) combine symbology and patterns that resemble human DNA, referencing aetiology. Viktor allows us to interrogate the history of the polarities of colour by presenting black as the source rather than the absence. The observer is presented with the idea that black is the very beginning of all biological matter as we know it.

In addition, Viktor actively invites the viewer to reflect on their preconceptions and misconceptions of blackness and Black Womanhood through her installations. For instance, through her presentations of Constellations IX and the three Materia Prima paintings, which sit on opposite ends of an installation, the artist provides a lens into the intricacies of identity made tangible by this array of patterns with which the observer must contend. The view to each painting is partly obscured, and only in passing through the ark do you see the figures clearly; such exemplifies how blackness is misconceived.

Another installation, the cuboid titled Blue Void situated in the second gallery proves to be Viktor’s commentary on reclamation of space for individuals – something that is often overlooked for Black Women. Painted in majorelle blue, and solely occupied by the Syzygy painting, this specific hue of blue encourages meditation as the artist gifts a space for reflection.

The artist presents the social and historical implications of black and gold in relation to African diasporic legacies through her Constellations series. Gold has a complex history; it signifies the wealth of the continent, a mode of exchange, an indicator of regality, a conduit to the spiritual and a material that creates light. The sculptural gilding of this material points to antiquity. It is one of the world’s most sought after metals and is representative of transcendence. Here, she uses sonar and lunar symbols that showcase the intricacies of human connections of present and old.

In The Dark Continent series (2016-2019), Viktor is her own model in a number of her paintings, centring the Black female form as the universal human standard. In turn, the artist directly calls into question current and past discussions of identity, Black Womanhood and the politicisation of bodies – contentions that can be applied to the art profession and beyond. Viktor states in an interview by Okay Africa that these works of her pictured in gold ‘controls the gaze [and] demands respect’.

Depicting Women to exist beyond categorisation, she interrogates Women’s position within current social structures. By weaving narratives and histories together, the artist explores representations of identity in vivid display to address a range of disparities.

Lina Iris Viktor ‘Eleventh’ from A Haven. A Hell. A Dream Deferred (2018). Photo by Lauren Johnson

Lina Iris Viktor pushes boundaries in her art. Through non-linear depictions, she critiques societal structures to carve out her own space and provide enlightenment for others. The commentary that accompanies her art beckons thought for an imagined new future where one can forge their own narrative and reclaim this sense of place.

Viktor encourages the reinvention of cultural identity, positioning blackness in the highest form, as it encompasses all colours.