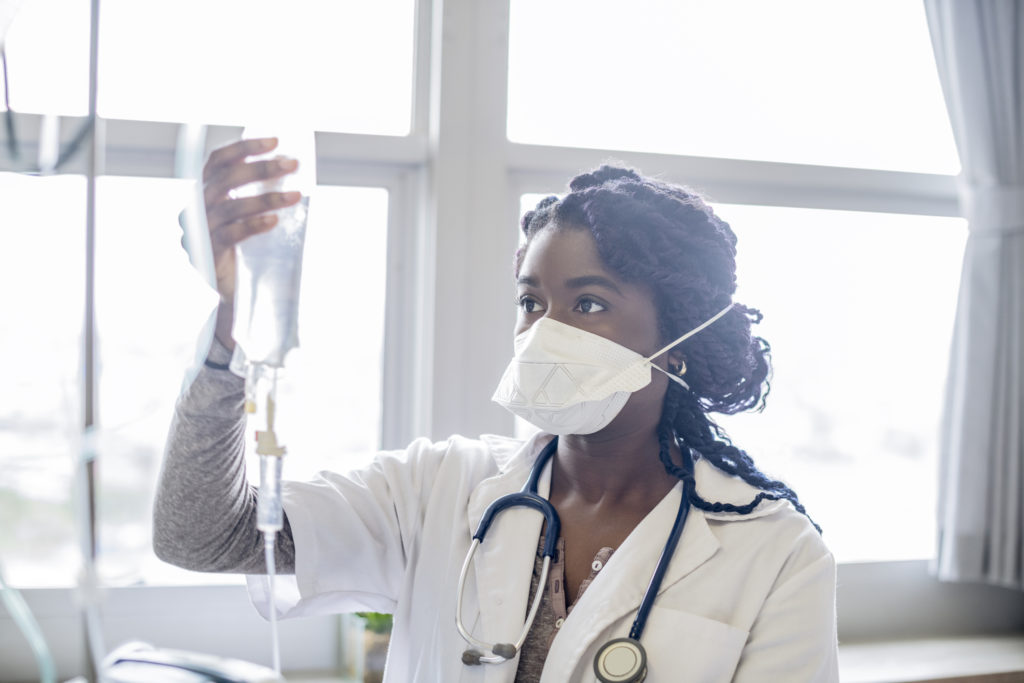 A 36-year-old woman died at her flat in south London of suspected Covid-19 a day after calling 999 and being told to look after herself at home.

Kayla Williams, a mother of three, died on Saturday 21st March, a day after paramedics were called to her home in Peckham.

Her husband, Fabian Williams, a refuse collector, said his wife was suffering from a cough, high fever and had severe chest and stomach pains when he called 999 on Friday.

Documents seen by the Guardian confirm paramedics were treating her as a suspected Covid-19 case.

Williams said: “I called 999 because my wife was breathless, she was vomiting and she had pains in her stomach. As I was talking to them she was getting worse and they told me to put her on the floor and to make her body flat.”

When the paramedic arrived at 8.32 AM she carried out some tests, Williams said. “She told me the hospital won’t take her, she is not a priority. She did not stay very long and she went outside to write her report and posted it through the door.”

Williams said his wife’s condition deteriorated the next day. He ran her a bath in the morning and helped her to get dressed, before feeding her some soup. After taking a short rest himself, he went into the front room where she had been resting to find his wife slumped head down. “She was already dead,” he said.

“I put her on the ground – because that is what they had told me to do before – and I rang 999 again and they told me to put my hand on her chest and pump her chest.”

Three cars and an ambulance arrived at his home a short time later, he said. The crews tried to revive his wife, but were not successful.

Williams, 49, said the police later visited his home, but would not enter his flat. “They stood on the doorstep and would not come in when I asked them to,” he said.

They were followed an hour later by a funeral director. “They put on full forensic suits outside, with full masks, visors and gloves. They covered their feet as well. This is when I thought; ‘What’s going on? This is not right,’” he said.

Williams said the undertaker wrapped sheeting around his wife’s face, before wrapping her body tightly and placing her in a body bag – all procedures required in an infectious disease death.

“I have heard nothing since,” he said. “They have left me here and said I must isolate. They haven’t told me anything else. I am a diabetic. I take insulin. All I know is I am supposed to isolate. No one has mentioned her body being tested or anything.”

Documents seen by the Guardian completed by the London ambulance service after their first visit show Kayla Williams was suffering from “Covid-19”. Symptoms were listed as: “non-productive cough … headache … chest pains all over”.

The advice given was “self-care, use antipyretics, increase food/fluid.”. Fabian Williams was advised to use “999 for emergency, use 111 online for advice. Family also advised to isolate.”

A spokesperson for the London ambulance service said: “We were called at 8.32 PM on Friday 20 March to reports of a person unwell at an address in Peckham. Our clinicians treated a patient and advised them to call back if their condition changed.

“We were called the following day at 3.24 PM and sent a number of resources, with our first medics arriving in under seven minutes. Sadly, the patient had died. Our sympathy is with the family at this time.

“We are working incredibly hard in these unprecedented times to look after Londoners.”