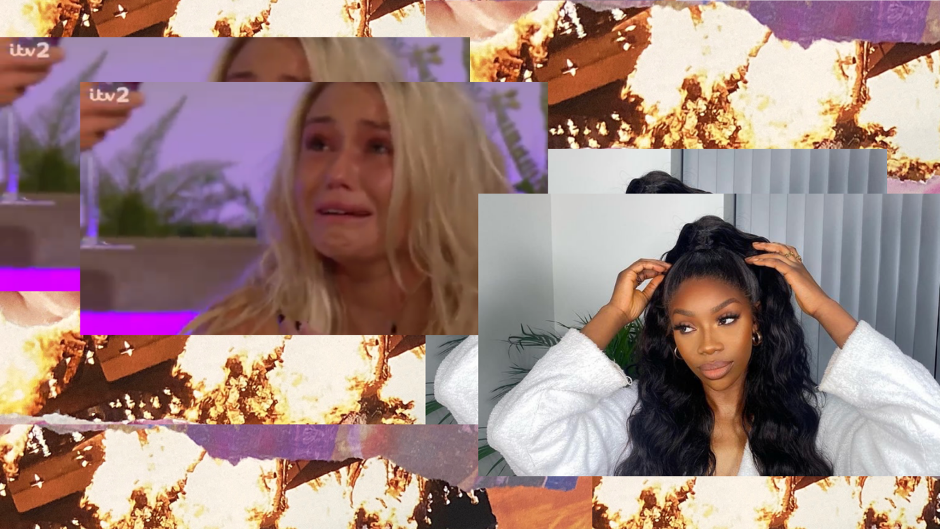 Lucie made the bullying accusations in response to an Instagram user, @lizzzza2201, who asked:

“How do you feel about @yewande_biala saying you’re a horrible person?”

Lucie replied to the comment, suggesting that Yewande had consistently intimidated her:

“She’s always bullied me, I’m not bothered about her opinion.. makes her look bad (suggestive smiley face) not sure where she said that though!”

The coded language used in this allegation reveals an issue that runs deeper than what it appears to be on the surface. In response, Yewande released her statement on Twitter, rejecting Lucie’s bullying claims:

“You refused to call me by my name because it was too “hard to pronounce” now you wanna say I bullied you !!”

Yewande’s statements clarify the context behind the issue. This seems to be a misunderstanding on Lucie’s part about the implications of refusing to say somebody’s proper name. Multiple ex-Islanders who were present in the villa with Yewande have supported her interpretation of the situation.

Amber Gill stated: “… you were peaceful in that exchange It was me with the vim…”

An additional co-star, Amy Hart also supported Yewande’s statements, suggesting that Lucie’s actions were questionable, and the confrontation was omitted by producers:

“[Yewande] has sat on this for almost two years… I remember dates, times, locations of every conversation in that villa. There’s so much you don’t see x”

Yewande exposed the harmful impacts of  racialised renaming as a “distressing” microaggression that made her “feel like an inconvenience”, as she further outlined her thoughts on the resurfaced screenshots:

“I am not a bully, it’s such a huge allegation and one that should be handled very seriously.”

These are very loaded and destructive assertions aimed at Yewande. The indictment of toxic behaviour is a career-threatening action on Lucie’s part, whether she understands the extent of these consequences or not.

What initially emerged as a bullying allegation has now been revealed to be cross-cultural miscommunication. Racialised re-naming is a social issue which Yewande has addressed both briefly and at length.

Writing on her experiences of ‘subtle racism’ for the Independent, she illuminated the power dynamic underpinning her experience with Lucie. Namely, the impact of coerced nicknames and name mispronunciation across cultures:

“It also evokes a history of dominant groups forcing new names on people of oppressed groups. If you have known somebody for a long time…. still pronouncing their name incorrectly, guess who has power in that relationship?”

Yewande claimed that she corrected Lucie’s mispronunciation of her name multiple times, to which she was met with Lucie saying “yeah whatever you know what I mean’” From the tone of this dismissive reply, it’s no wonder that Yewande felt a sense of ambivalence and disrespect from her co-star.

Despite the facts presented by Yewande and her co-star witnesses, some will see this as nothing more than a “race row”, as the Daily Mail unconvincingly reported. Framing these events as a “race row” not only projects aggression onto the offended party, but it also reduces the genuine concerns of a cultural phenomenon down to a personal and petty issue. The phrasing, ultimately, fails to contextualise issues in a way that holds people accountable.

We also have tone-policing, in which  once a marginalised person’s discontent is expressed, it’s prioritised over the actual harm induced.

While the ‘niceness’ of white Women is often assumed until proven otherwise, Black Women face a society where they feel compelled to explicitly distance themselves from the ‘angry Black Woman’ stereotype.

In this way, Lucie’s baseless claims of bullying, regarding Yewande, exposes the way in which white Women weaponise their presumed innocence to silence Black Women.

As Yewande’s statements continue to be verified, her complainant remains evasive about the specific topic of racialised renaming, as well as the impact of her actions.

Instead, in recent statements, Lucie claims to be receiving “incredibly scary” death threats. She suggested that her insistence on shortening Yewande’s name to “Y” had “nothing sinister to it.”

This incident is not a novelty. It reflects wider societal issues that must be addressed.

Historically, white Women have weaponised their emotions at the cost of Black people’s dignity and sometimes their lives.

Malicious ‘Karens’ are not built in a day, over time they have learnt how to use their gendered oppression to conceal the racism they inflict on others. By appealing to their innocence, white women can often manipulate pity to their advantage.

Hence, white supremacist construction of white womanhood reinforces white male dominance. Explicitly, they use their proximity to white male social power to cause violence on their non-white targets. White female privilege can evade responsibility for problematic actions, as society often underplays their capacity to impose harm, due to their womanhood. It is important to remember that womanhood in this context is racialised. The same morality is not extended to Women of colour, who must navigate negative racial attacks rooted in treachery and deceit, in addition to any limitations faced by their gender.

For instance, in 2018, a white woman named Alison attempted to call the police on a little black girl who was selling plastic water bottles out of a cooler. The little girl’s mother filmed the incident and it went viral with the #PermitPatty hashtag. This example is one of many that demonstrates the ease with which some white women manipulate their emotions to incriminate Black people.

Despite increased attention on racial justice issues, it is clear that white lies can still cause harm to black lives.

As Yewande wrote, “intent” does not equal “impact”. This holds true in any human dynamic where harm is caused. In an age where cultural education is just a Google away, it’s imperative that we all take accountability for the ways we induce material and mental harm onto others. We must actively seek to unlearn these behaviours.

Furthermore, the discourse surrounding racial insensitivity must extend beyond the way marginalised people express frustration. Instead, we must grapple with the conditions that have cause this frustration.

In The Master’s Tools…, Audre Lorde wrote about righteous anger and how white dismissal of Black anger maintains injustice. She poses a question to white Women,

‘Is the anger of women of colour more threatening than the hatred that tinges all aspects of our lives?’ She continues: “Black women are expected to use our anger only in the service of other people’s salvation or learning. But that time is over.”

Black women are deserving of respect – disrespectful people are not entitled to their niceness.