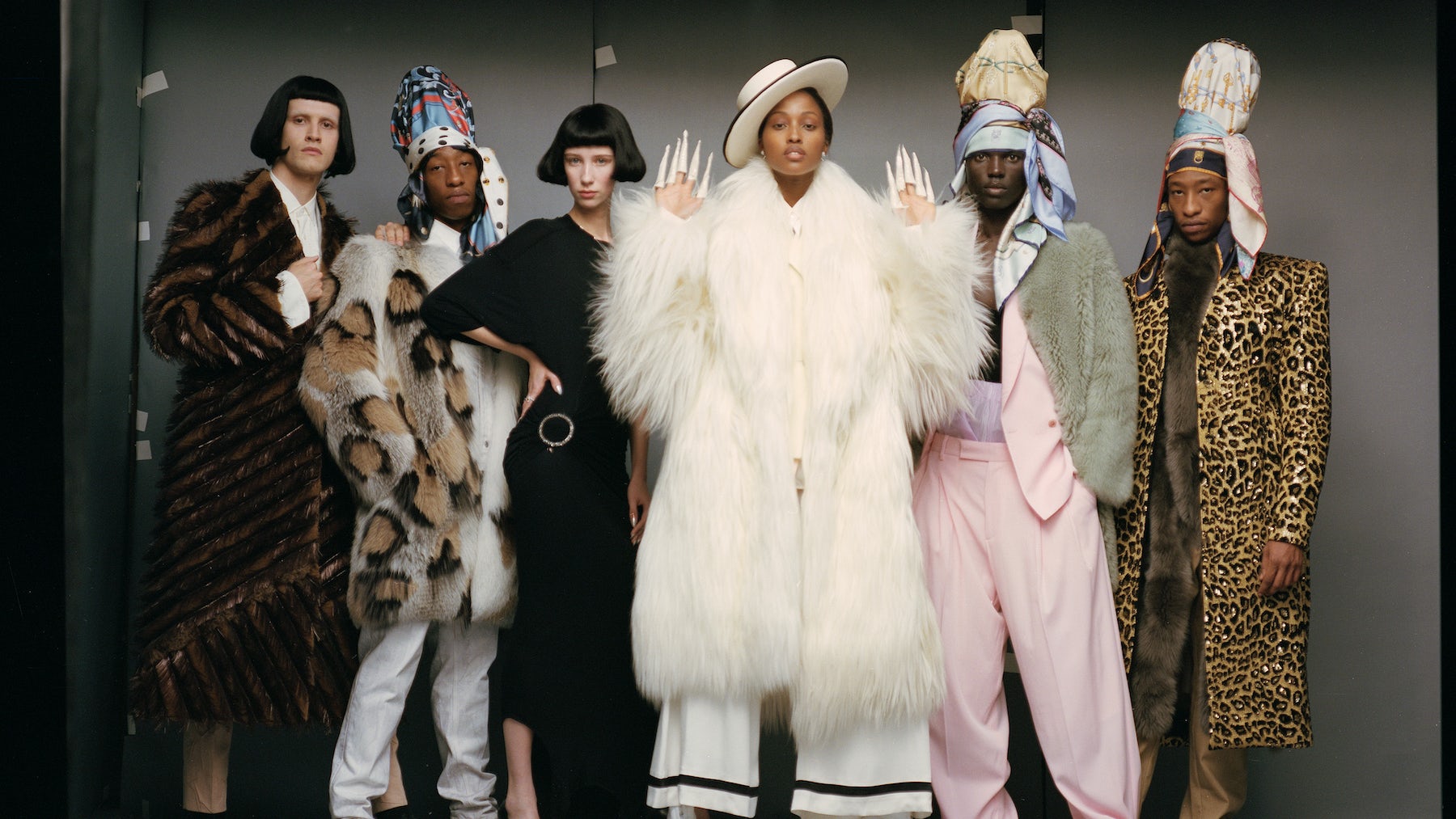 Metallic Inc is dedicated to building a Black creative future

Metallic Inc is dedicated to building a Black creative future

Scroll through your social media feed today and you’ll see posts by a host of fashion brands, film studios and music labels trumpeting their authentic engagement with Black culture. Too often, however, if you scrutinise the relationship between the face of the campaign and the ethics of the company they’re working with, you’ll realise that it’s entirely performative — the product of a brand cashing in on the optics of diversity, but ultimately doing little to support Black creative communities.

It’s a situation that Alex Sossah became acutely aware of as he built his career as a talent agent and creative in Paris, connecting some of the most significant players in the fashion industry with key cultural talents. Deterred by the traditionalism of a predominantly white-run creative agency landscape — “Everyone was abiding by this really old school way of just getting a face and putting it on a product,” he says — he decided it was time to do his own thing.

Around the same time, music manager, filmmaker and creative consultant Grace Ladoja had become aware of the potential that lay in forging authentic relationships between artists and brands in her role as Skepta’s manager and creative director. “Brands can be great partners to musicians — especially if you’re independent,” as Skepta is to this very day, Grace explains. “It was about trying to find ways to authentically communicate an artist, thinking about how we can work with brands to project and elevate their vision.”

Pooling their experiences and close relationships to their respective communities, Grace and Alex established Metallic Inc, the London and Lagos based culture studio, in 2017. With authentic community interaction as its cornerstone, it has since blazed a trail in connecting brands with the people driving global creative culture, and nurturing the communities they’re part of all the while. “That’s what we’re really about. We have an ecosystem of real creatives, true designers, true photographers,” says Alex. “It really started out of a necessity to connect like-minded creatives, and to educate brands on how to communicate in an authentic, community-driven way.”

But it’s not just about placing businesses in touch with their network of Black creative visionaries; with each partnership, Metallic Inc appeals to its collaborators to support its ambitious community empowerment projects. A hallmark example of this values-led approach to working with brands is its project with Skepta for Havana Club Rum.

It all goes back to when the Cuban rum producers reached out to Metallic Inc last year, looking to collaborate with Skepta on a limited edition design for its Añejo 7 Años rum bottle. “They’re not the first brand that had asked him to endorse a drink, but there was an authentic connection,” says Grace, rooted in the deep spiritual ties between Cuba and Nigeria’s Yoruba people. “It has one of the largest Yoruba diasporas in the world, so there was a real connection with Skepta, who’s a chief in his home state of Ogun in Nigeria.” These connections were further explored through the voices they chose to communicate the project to the world: Lagosian photographer and i-D contributor Stephen Tayo was brought on board to shoot the campaign on location in Havana; he was joined by Teezee, the founder of independent Nigerian culture publication The Native, who was key in shaping the story they went on to tell.

The bottle design and its accompanying campaign were due to be revealed just as the coronavirus pandemic struck — the natural decision, of course, was to postpone the launch. In the meantime, though, Skepta and the Metallic Inc team had been inspired by the Cuban spiritual principle of aché, a central pillar of the campaign. “ Aché is all about community and giving back, so it was really important to us that there was an aspect of that with this project,” says Alex.

“We’re marketing a product, but people are really struggling and suffering at the moment. We wanted to energise and support our community,” echoes Grace. Accordingly, with the support of Havana Club a portion of the allocated marketing budget was redirected to the pot for Metallic Community, a newly launched two-part initiative aimed at addressing the stark racial inequality in the creative industries.

At its heart are Metallic Inc’s central values of “independence, Black economic empowerment, building businesses, education and creating opportunity” for young Black creatives in London, Lagos and beyond. This is nothing new for Grace and Alex, though — it’s been in the Metallic Inc DNA since day one. You can see it in their long-term mentoring of Lagos-based skate company Motherlan. And it’s most manifest in Homecoming, a yearly forum for cultural exchange between creatives in Africa and the world. Since it’s 2018 launch, it’s become a key driver in Lagos’ emergence as a global creative hub. This year, in lieu of a physical event, it has partnered with a major London retailer to digitally showcase the work of independent Nigerian fashion designers on a virtual platform launching this August.

“With Metallic Community, it’s really about saying: ‘Let’s do it with real purpose — let’s really define it and be accountable for what we’re saying we want to do’,” says Grace. “In the long term, it’s about facilitating Black economical independence and reducing the racial wealth gap.”

The main means by which Metallic Community hope to achieve its ambitions is through Metallic Fund, a grant and mentoring scheme committed to incubating future Black leaders in music, fashion and film.

Their choice of industries is natural, given the extensive networks in each that Grace and Alex have built. It’s also strategic, motivated by the pitiful lack of Black representation in senior decision-making roles in each. “Black people are always the face of these industries, the front cover of the magazines and the faces of the campaigns. I think we really need to start a cycle in our community and understand that as much as we can be the advert, we need to be the owners,” says Grace. “I know that we’re far away from that, and I’m not saying that we are ‘the change’, but we’re making a move in the right direction.”

Through Metallic Fund’s tiered grant scheme, young Black creatives with ideas that demonstrate exceptional potential will be able to apply to receive career-boosting financial support. For applicants to the top three tiers — named Platinum, Gold and Silver, and which respectively comprise one grant of £50,000, two of £20,000, and one of £10,000 — prospective awardees will have to present a detailed business plan. In it, they’ll have to demonstrate that they’ve carefully thought out, and are already somewhere along, their path. “I think it’s really important to support people who have taken their first step. Once you’ve taken that leap of faith, it’s likely that you just need the guidance and the tools to help things further along,” says Grace. “The car’s already running, we’re just fueling it.”

New starters aren’t excluded though — there’s also a Bronze tier, which offers 15 grants worth £2500 each to those that perhaps need a financial boost to shoot that first music video, for example, or print a first run of t-shirts.

The most valuable gift that Metallic Fund offers its top-tier recipients is not necessarily financial support. In Grace and Alex’s shared opinion, it’s the tailored mentorship from a rotating board of creative leaders — including individuals like i-D Fashion Director Carlos Nazario and 247 Showroom Founder Giacomo Piazza. Providing access to insight and advice that has the potential to accelerate mentees’ careers, it’s perhaps the most abiding testament to Metallic Inc’s commitment to building tomorrow’s Black creative leaders today. “I think that if I thought the way I do now ten years ago, I would probably be way further in my career, especially with someone guiding me and advising me on the next steps,” says Alex. “We need to build icons now, so that they can inspire the next generation and show them that it is possible.”