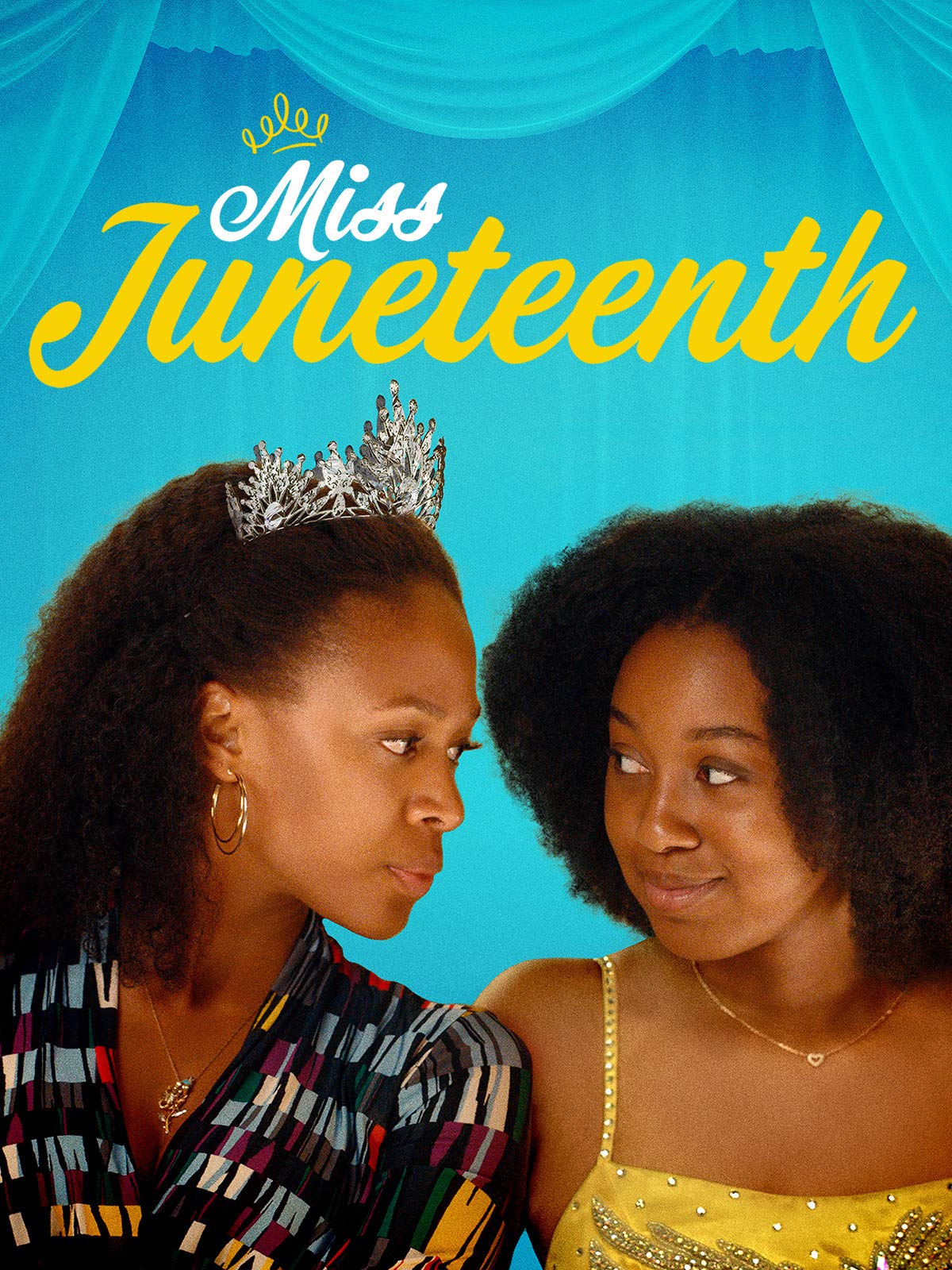 ‘American Dream? Ain’t no American Dream for black folks,’ says the owner of a tacky Texan bar, in this subtle social drama from debut filmmaker Channing Godfrey Peoples.In the bathroom at the back, Turquoise or ‘Turq’ (Nicole Beharie) – a former Miss Juneteenth winner – is scrubbing the toilet. She won the pageant back in 2004, and it promised a way out of a poor life. That dream faded, but she’s holding hope for her 15-year-old daughter Kai (Alexis Chikaeze) to win the top prize: a scholarship to a historically Black college of her choice.

But Kai isn’t overly fussed: she’d rather browse on her phone that hear about the significance of Juneteenth, one of the most important dates in African-American history. Peoples simultaneously celebrates this time of Black independence while mocking the tough class structures it creates.

Juneteenth marks the day when, two years after Abraham Lincoln’s Emancipation Proclamation, slaves were told of their freedom. The day is filled with celebrations, one of which is an annual beauty pageant.

Although there’s little in Miss Juneteenth that explicitly highlights American racism, you can see it simmering across this mostly Black neighbourhood: the dodgy shops, the abandoned movie theatres. The only white characters in the film manage affluent businesses, outside of Turq’s price-range. Black business-owners are wary of promises by white investors. You don’t need words to explain. The systemic prejudice paints the background of every frame.

Turq wants Kai out of there, spending a lot of her hard-earned money on prepping for the pageant. She works the bar, beautifies bodies at a funeral home, and runs around finding a babysitter for Kai. There’s not only a $400 entrance fee for Miss Juneteenth, but the dress is expensive too. Turq’s pushing all her chips in, telling her daughter what she can and can’t say, what she will and won’t do.

The committee behind the pageant is even worse, training the girls in a finishing school fashion: this fork’s for salad, that glass is for white wine. Kai doesn’t fit in, obeying her mother’s orders but doing her own thing elsewhere.

But Peoples doesn’t draw Turq as an abusively overbearing mother. Although she’s essentially living vicariously through her daughter, she isn’t a crazy and cliched parent desperate for their child to be famous. It’s about living a life better than poverty, if only by a little bit. Peoples builds their relationship with warmth and care, despite the occasional argument. It’s clear Kai doesn’t participate out of fear, but to make her mother happy.

Despite her televisual familiarity seen in shows like Little Fires Everywhere and Black Mirror, Nicole Beharie’s performance is beautifully naturalistic – she’s like a non-professional in the best possible way. It complements the documentary realism of the script. She never exaggerates, and never shows more than necessary. Alexis Chikaeze, in her first film role, is similarly restrained – capturing the sort of adolescent silence and awkwardness only broken by self-expression.

Although the ending feels forced into resolution, there’s a touching rhythm to it: some joy in a bleak world. Miss Juneteenth is about finding your own voice, your own path – no matter how small or poor that may be. The American Dream be damned.

Check you local cinema for listing and screening times.  You can watch Miss Juneteenth on iTunes, Vudu, Amazon Prime, FandangoNow, or wherever you purchase digital content.