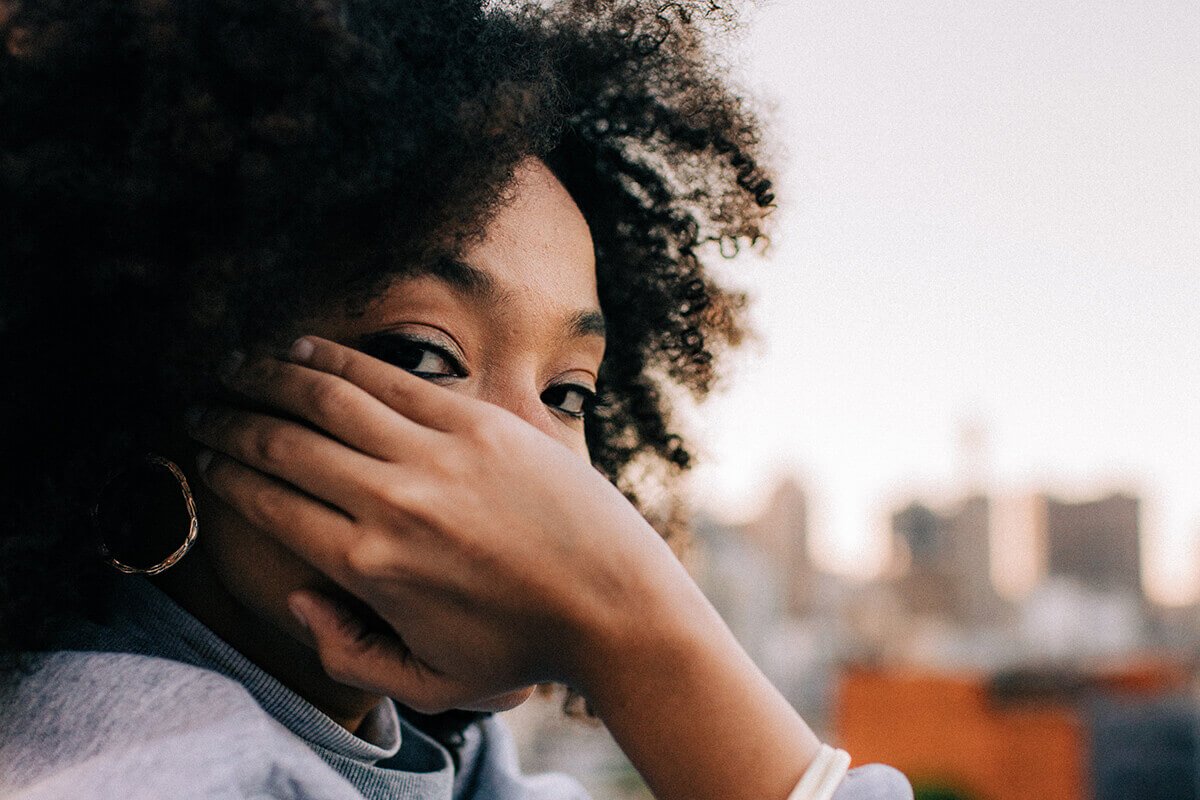 The number of women accessing a specialist domestic violence service for those of African and Caribbean heritage has increased by more than 300% since lockdown, according to its founder, Ngozi Fulani.

Across the UK domestic violence spiked during lockdown, not least because perpetrators and their victims were spending more time at home together. But Fulani, who set up London-based Sistah Space in 2015, says her clients tend to face additional pressures.

“Most of the women we support are living in small flats or high-rise accommodation without the luxury of a garden. There has been no specialist provision for black families on low incomes even though they are a vulnerable group during this pandemic.” All this contributes to rising tensions. Yet, Fulani estimates 80% of her clients who disclose abuse won’t report it to the police.

As a specialist advocate for these women, Fulani has first-hand experience of the barriers her clients face. “Women want the abuse to stop but we know what happens to black men in police custody,” she says. “These women do not want to risk their abusers being hurt or murdered.”

In the Rastafarian community, in particular, to which Fulani belongs in east London, law enforcers have a mountain to climb to win respect and confidence, she claims.

“It is a dishonour to go to ‘Babylon’ [the police] and report your partner to a system that is destroying us. We cannot say every police officer is bad but history shows our experiences are mainly negative and dangerous.”

A recent poll found eight out of 10 of all black Britons – not just black men – fear the police are biased against them. Black women fear they too will face racial stereotypes, their complaints may be dismissed and ultimately they will be failed as victims.

“Women have been asked by police, ‘if you were slapped where is the mark on your face?’ – but we don’t bruise like Caucasian women,” explains Fulani. Others, she says, might be told, “you are a tough Caribbean woman, I don’t think anyone would mess with you.”

Furthermore, the Caribbean community is reeling from the Windrush scandal, which has fuelled fear and distrust of the establishment. “Even those who have supposedly secure British citizenship are afraid to go the police with their problems,” says Fulani.

It was while running an African dance school in Hackney over the last 30 years that Fulani became alarmed at the prevalence of domestic abuse among African and Caribbean-heritage women. “Black women were saying ‘nobody is listening and nobody cares’. Perpetrators were getting away with a slap on the wrist.”

She felt driven to train as an independent domestic violence advocate while still working as a marriage registrar . Later in 2014, the brutal murder of a local woman, Valerie Forde, and her 22-month-old daughter shook Fulani to her core. Forde’s ex-partner, the father of the infant, had attacked them with a machete. Her elder daughter, who had been on the phone to her, listened helplessly to her screams at the end of the line.

“Valerie had asked the police for help because he threatened to burn the house down with her in it. But it was recorded as a threat to property.”

The case drove her to create Sistah Space. Domestic abuse in the African and Caribbean community is rife, says Fulani, especially among women between 40 and 70. With her clients also in the high-risk group for Covid-19, anxieties have been running high.

Sistah Space is run mainly by volunteers and is struggling to meet increased demand during the pandemic amid lack of funding and a row with Hackney council over its premises. On August 11, Hackney Council served a notice on the temporary building in Mare Street where the charity Sistah Space has been based since December 2019 on “a rent-free, temporary basis”.

Sistah Space has been asked to return to its registered premises in Clapton following a requested refurbishment, but Ngozi says the space is not suitable for safety reasons and its size not capable of accommodating a growing number of service users.

The council says Sistah Space must now return to its refurbished premises in Clapton, which it had previously used since 2016, at a subsidised rent of £1,600 per year.

It described the decision as a “last resort” following six months of offers to make further security improvements to the Clapton building, such as installing roller shutters and intruder panic alarms.

A recent report by the black feminist organisation Imkaan reveals that the combined income of 15 support services for black and minority ethnic women is less than the income of one single mainstream support service.

Fulani claims her organisation and the needs of black women in particular are sidelined within the violence against women and girls sector. “As it stands the sector is not able to support African and Caribbean-heritage women the way we need to be supported. We are not visible.”

And she is critical that her community was not consulted about the domestic abuse bill currently going through the House of Lords. “How can we feel confident referring our service users to government agencies that cannot see us and will not hear us?”

The catch-all description “BAME” has been problematic in terms of Sistah Space navigating financial support, she claims. “It puts every culture in one group and white middle-class in another. The identity, beauty and history of every culture is being lumped into one which is, in itself, discrimination.”

“It would seem anyone from a marginalised group can identify as ‘black’. When it comes to ringfenced funding for BAME groups we frequently find, as African-heritage people, we cannot access those funds as everyone who identifies as ‘politically black’ [such as groups serving Asian or other minority ethnic communities] has already claimed it.”

It is not just about money, she insists. “It is about who we are as a culture and a people. This lumping together has allowed others to speak for us when we have voices of our own.”

One of seven children, Fulani, grew up in Kilburn, north London in the 60s. Her parents, born in Barbados, were among the Windrush generation and were proud to be the first family on their street to own their own home. But discrimination was a feature of life.

“My dad was a god force in our house but on the street any white boy could give him lip,” recalls Fulani. “We were told to avoid conflict with white people as we’d always been in the wrong. On television black people were stereotyped while aspirations and ideals were connected with whiteness.”

At a young age she was bemused to be ejected from a white school friend’s birthday party with her twin sister. “I was an adult when I realised I couldn’t get into that house because I was black,” she recalls. Then one day, aged 11, her schoolteacher recoiled after she brushed against her during a lesson.

“That was the beginning of being black in Britain. This women thought I was so disgusting that I couldn’t sit next to her.”

The experience spurred Fulani into training as a speech and drama teacher. “I wanted every child to have someone they looked like and could tell anything too.”

Six years on from the murder of Valerie Forde, Fulani says not much has changed for black women who are the survivors of domestic violence. However she takes comfort in seeing that the Black Lives Matter movement has helped open the eyes of others.

“The support we’ve had from people of all ages and backgrounds has made us feel really supported. I have faith in humanity but it is hard to keep fighting each day.”

Of one thing she is sure, she says. “Nobody has walked the walk we have walked. Nobody has experienced what we as African-heritage people have experienced so nobody should be able to speak for us.”