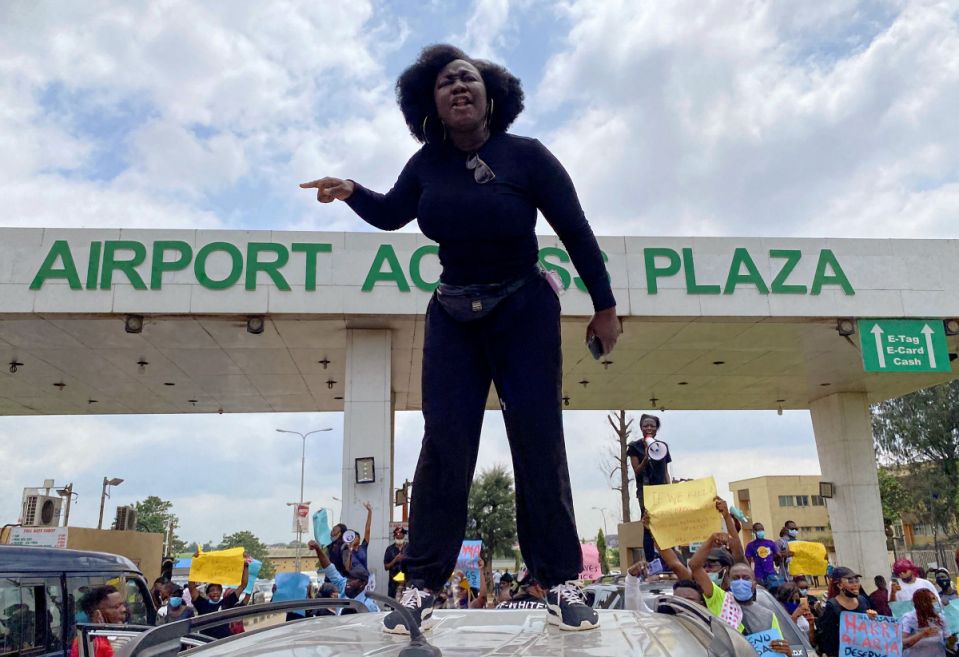 Nigeria’s Ban on Crypto a Blow to Economic Freedom

Nigeria’s Ban on Crypto a Blow to Economic Freedom

The recent ban on cryptocurrency trading in Nigeria, the world’s second-largest Bitcoin market after the United States, continues to dominate headlines. On 5th February, the Central Bank of Nigeria (CBN) instructed commercial banks and other financial institutions to close all accounts involved in crypto transactions. This comes barely two months after CBN introduced a new policy that almost ended diaspora remittances.

One thing is undeniable: CBN’s actions show they want absolute control of the country’s international payment system. By attempting to influence access to money, Nigeria is on the express lane to dwindling economic freedom.

The State of Nigeria’s Economic Freedom

The Human Freedom Index (HFI) measures economic and personal freedom of countries, by giving them a score between 0–10, with 10 indicating the most freedom. In the Cato Institute’s 2020 report, which used data from 2018 (the most recent year for which sufficient insights were available), Nigeria scored 6.93 in economic freedom, its highest score since 2008, ranking it 81st in the world.

Nigeria recorded its best result in sound money, 9 out of 10, which primarily drove up the nation’s economic ranking. Under this subdivision, it had a perfect 10 in the freedom to own foreign currency, 9.8 in money growth, 8.5 in standard deviation for inflation, and 7.5 in inflation for the most recent year.

However, data from the report shows there’s a significant correlation between personal and economic freedom, worldwide. The financial license of Nigeria’s citizens is, thus, intrinsically linked to general civil liberty. So, what is its measure of personal freedom?

The country tallied 5.16 and ranked 149 out of 162 countries, its lowest performance since the index launched in 2008.

The rule of law functions as the foundation of economic freedom, as it protects individuals from coercion by others. It rates the extent to which people are exposed to abuse by the authorities, thereby capturing the degree to which they are allowed to flourish. Among other indices, it measures violations by police when conducting an arrest, respect for the presumption of innocence by those in power, and the level of government influence in the criminal and civil justice system. Having long since been swarmed with accusations of state corruption and brutality, it’s no surprise that the nation achieved a paltry 4.1.

What Does this Mean?

The HFI Report shows that, globally, nations in the top quartile of personal freedom see a high economic score, and vice versa.

Thus, Nigeria’s poor personal freedom score will sooner rather than later reflect in and bring down its growing economic opportunities. In fact, we are bearing witness to this decline as we speak.

In October 2020, millions of Nigerians protested against police brutality nationwide. The #EndSars campaign (which is still ongoing. Read here) led to demonstrations that shut several cities down for days.

When donations started being made to Nigerians who were organising rallies in their states, the government responded by directing banks to freeze the accounts of those receiving funding. This call was likely made in an attempt to defund the movement and, therefore, cease the revolt. This move, however, failed, as donors resorted to crypto to sponsor protestors instead.

As a decentralised system, cryptocurrency gave everybody, from civilians to corporations, a means of trading outside of the eagle-eyed state. It’s speculated that the recent order against this form of trade was, therefore, made in response to attempts to evade State control.

The foundations of Nigeria’s economic freedom have been under strain since Cato’s 2020 report. Now, in 2021, the walls are visibly cracking. Inflation rose to 16.5% in January from 15.8% last December, marking the strongest annual rise since April 2017.This caused commodity prices to increase, leading to a food inflation of 20.6%. Restrictions in the forex market, and undersupply of foreign exchange, are also compounding this inflationary pressure. Currently, the only way to cash international money sent to a Nigerian bank account is for the recipient to physically collect it at a bank; a process monitored by the government.

But with CBN throwing a spanner to the works by banning crypto trading, thereby derailing the gains in sound money, economic freedom is almost certainly on a decline. By the time the 2020 data becomes available for the 2022 index, Nigeria’s score will no doubt be grim.

Written By: Edith Knight Magak – a writing fellow at African Liberty and literary journalist at Africa in Dialogue. She lives in Nairobi, Kenya. @oedithknight