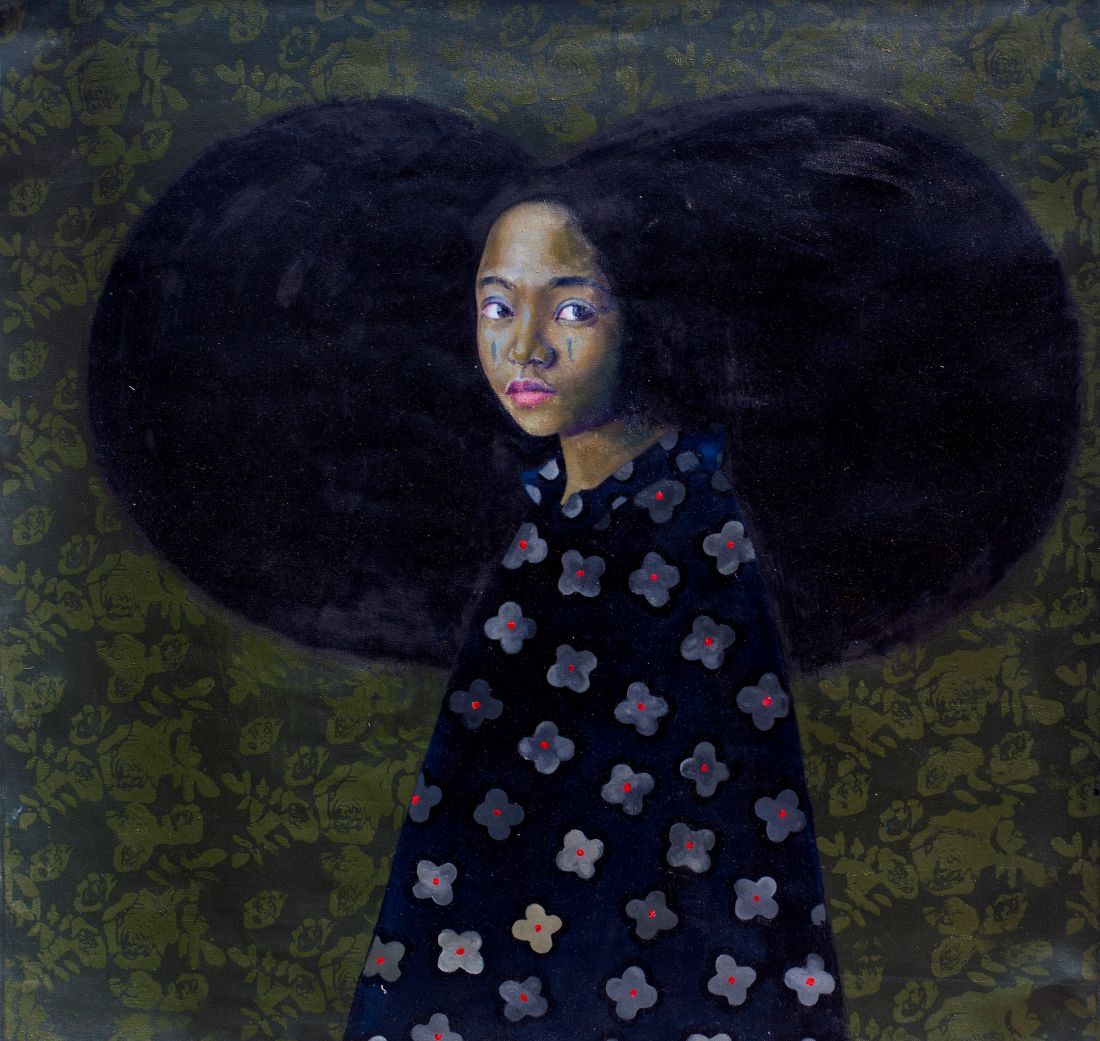 In the words of Nigerian artist Oluwole Omofemi, each of his latest paintings is a celebration of “Afrocentric pride”, as well as a reflection on the postcolonial era.

The British artist Claudette Johnson has talked of the ‘fiction of blackness’ that colonialism left in its wake and of the need for people to assert their identity through their own stories. Omofemi embraces this idea, focusing on the importance of hair amongst black communities.

While it has always been a signifier of status and identity, Omofemi looks back to recent history, to The Civil Rights Movement of the 1960’s and ’70’s, and the natural hair movement. This encouraged black people to eschew European styles for Afros, a move that was championed by popular icons such as Jimi Hendrix and Diana Ross.

In Omofemi’s work, hair stands as a metaphor for freedom. Sometimes it spills over the edge of the canvas, while in others, it dominates the composition, becoming larger than the subject itself. Rendered in oil and acrylic, his paintings sometimes have simple primary coloured backgrounds, which lend them a vivid Pop Art sensibility; in others, a darker mood is created, referencing the works of the Old Masters.

Omofemi is the first to exhibit at Signature African Art, a new gallery that opens in London on 11 March 2020 with a presentation of new paintings. His series, The Way We Were, will be arranged across the gallery’s basement and ground floors and is formed of 12 large-scale portraits of women and children, as well as several smaller works.