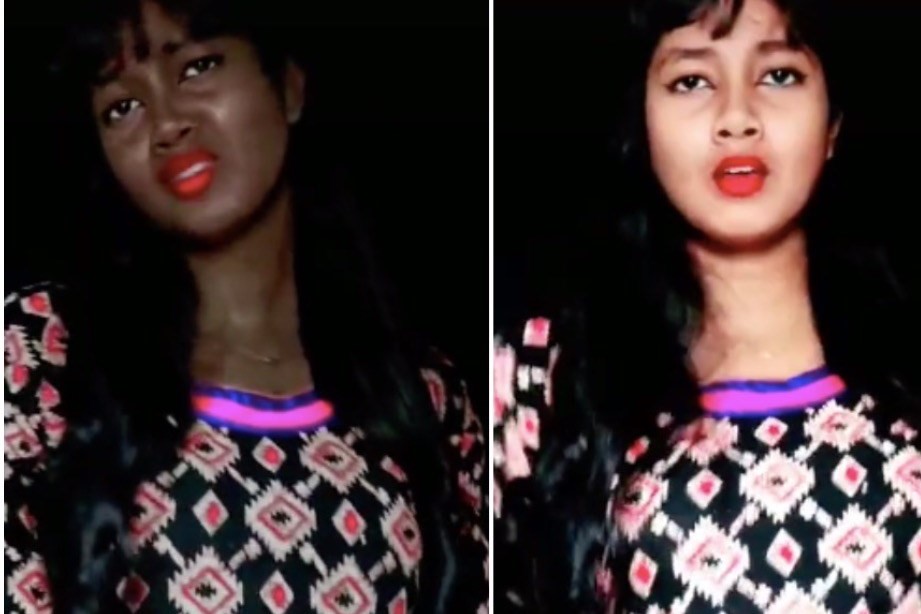 While the new trend doesn’t have a name, people are using a filter to darken their skin while looking sad, and then they reveal lighter skin and look happy. All of this happens while music from a movie called “3” plays in the background. The lyrics speak about “a white skin girl with a black heart.”

Radhika Parameswaran, a professor from Indiana University, is a vocal advocate against colorism, or prejudice and discrimination against people with darker skin tones oftentimes among people of the same racial or ethnic group.

She spoke with BBC about this viral trend, clarifying that the lyrics were taken out of context. Parameswaran explains that the woman the song is referring to is a light-skinned woman who has a “black heart” because of her indifference toward a lover.

She said the song “did not explicitly refer to dark skin, but nevertheless Kolaveri Di’s catchy tunes and lyrics become creative fodder for these youths to stage their playful and dramatic performances of skin color mutating from dark to light.”

People expressed their disgust with the TikTok trend, with one user commenting, “This shouldn’t be a trend. Every skin tone is beautiful no matter where you live or where you’re from. We are all equal in this world.”

While another user, @nikhilsoni123, defended the existence of the trend.

“Guys this video is not to hurt anyone,” the TikTok user wrote. “I truly agree color shouldn’t matter! Colorism shouldn’t be celebrated! It was in trend so we did it.”

Many of the videos were taken down, but some of them still live on the platform. TikTok user @.ashakira commented on a reaction video to the trend saying, “most of them have turned off their comments because they are well aware of the backlash they’re getting.”

BBC reports that Tik Tok users have reported the videos but have been unsuccessful at getting them taken down. The platform responded to these reports saying that the videos did not violate any community guidelines.

“TikTok is a platform for positive, creative expression,” a spokesperson for Tik Tok told BBC.

“Keeping our community safe is a top priority: our community guidelines make it clear what is not acceptable on our platform, and any content or account that violates these guidelines will be removed.”

Written by Moises Mendez II for the Daily Dot.