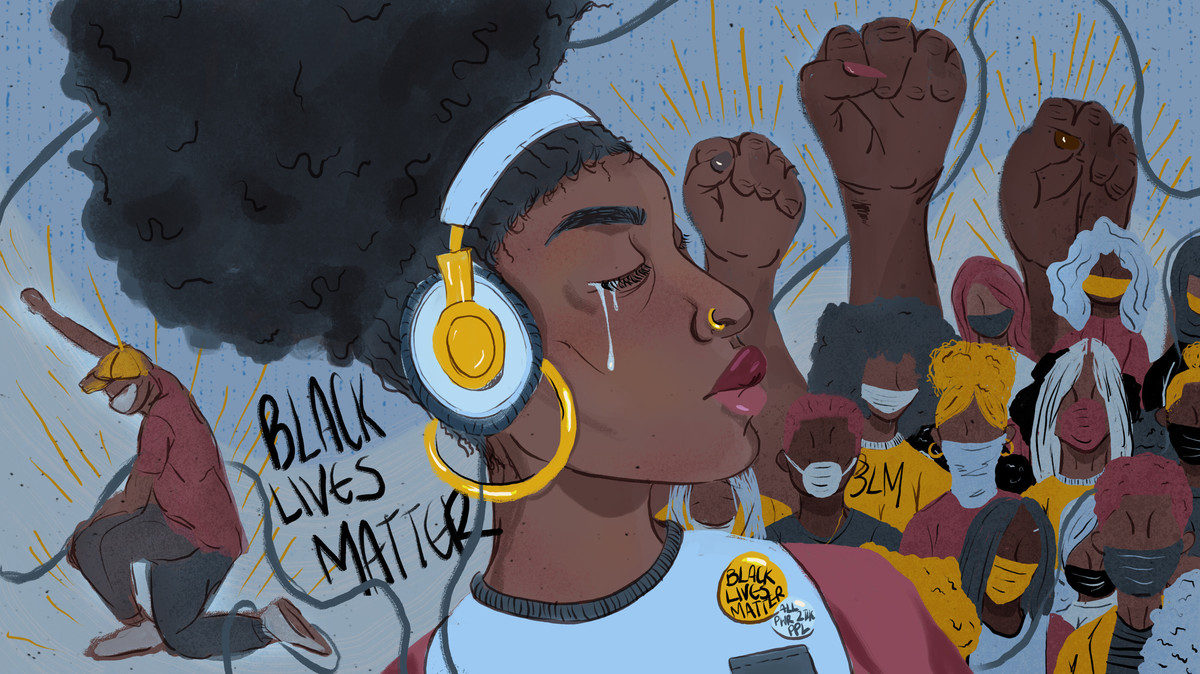 These past few months have been a whirlwind. We’ve gone from navigating a global pandemic to living through the questionable actions of the UK government, to the resurgence of the #BlackLivesMatter movement that stole the spotlight from COVID-19 in June.

2020 feels like a season finale and Black women are the lead protagonists that deserve all the roses this world has to offer.

We’re multifaceted human beings, but for some reason, we only seem to be recognised for our selfless labour that benefits everyone else but rarely ourselves. Not only are we doing the groundwork to support the Black community as a whole, but we’re also extending ourselves to every other community who rarely keeps the same energy for us as we do them.

From keyworkers to government officials to being frontline protestors, our conditioning to give, give and give some more can be traced back to our foremothers. From a young age, we’ve been expected to sideline our own needs, in favour of everyone else’s. Stories from the eldest daughters being responsible for cooking, cleaning and taking care of their younger siblings from as early as four years old are normalised within the black community.

It was, therefore, no surprise to see 7-year-old Wynta-Amour Rogers being made the face of the #BlackLivesMatter protests instead of being at home, being a child. Her repetitive chants of “No Justice, No Peace!” and “Say his name” went viral as she held her tiny fist up in the air and was given a microphone to remind the crowd why they were there. These are duties that should be solely for the adults who are meant to be protecting and speaking up for her, not the other way round.

It was only last year that, the now infamous, R. Kelly was finally charged for multiple counts of federal sex trafficking of young girls, who were predominantly Black.

The same adults within our community who protected him and allowed him to enact these heinous crimes with impunity, for decades, are, arguably the same adults for which Wynta could be protesting. With all the evidence against this man back in 2002, why was the first trial delayed by six years? Why was he awarded with an NAACP award despite Civil Rights Leaders protesting? Why was he nominated for the award in the first place? It took a 6-part documentary, more protests and a global campaign to #MuteRKelly to finally get justice for all those Black girls who were left traumatised for years. We need to do more to protect our Black girls from a young age.

Another recent example of Black women and girls loving more than they are loved can be found in the murder of Oluwatoyin Salau. At the tender age of 19, she went viral for speaking up about Black Lives Matter in an impassioned speech defending her entire race. Struggling with homelessness, she was later found dead after tweeting about being sexually assaulted by a Black man.

Within our own community, we can see stark differences in reactions when a Black woman is struggling compared to a Black man, especially when it comes to mental health. We’ve seen this played out in pop culture with Kanye West and Azealia Banks, who both suffer from bipolar disorder.

Azealia Banks, who’s arguably one of the most talented female rappers of our time, is known more for her sharp tongue, online rants and unpredictable behaviour rather than her music. She’s endured ill-treatment over the years within the entertainment industry, such as being spat on by Russell Crowe. She spoke up about this publicly but got dismissed and branded a liar by those who claimed they were there. RZA, a black male musician, was one of those people. He adamantly denied Azealia’s story until finally admitting to its truth a whole year later. Conversely, when Kanye displays similar behaviour, he receives sympathy and is characterised as a ‘misunderstood genius’.

It seems as though black womanhood is confined to us being either social justice warriors and martyrs or bitter black women. We must choose between fighting for black issues, which involve centring the plights of black men or prioritising our own concerns at the expense of being ignored, silenced or even violently reprimanded. It’s a thin line most of us are tired of walking, and I’m here to say it’s ok for us to take a step back and just focus on ourselves. We shouldn’t have to succumb to the pressure of protecting everyone else whilst sacrificing our own humanity. Megan Thee Stallion’s situation with Tory Lanez demonstrates why this ideology is dangerous.

John Boyega sent a message to Black men during his Black Lives Matter speech in London to protect Black women. It would be nice if we had more backup every now and again.

Written By: Julie F. Nakitto Wright – a creative consultant, content creator and writer, whose writing explores the perspective of women whose voices are hardly ever heard. thejuliearchive.com Twitter: @thejuliearchive