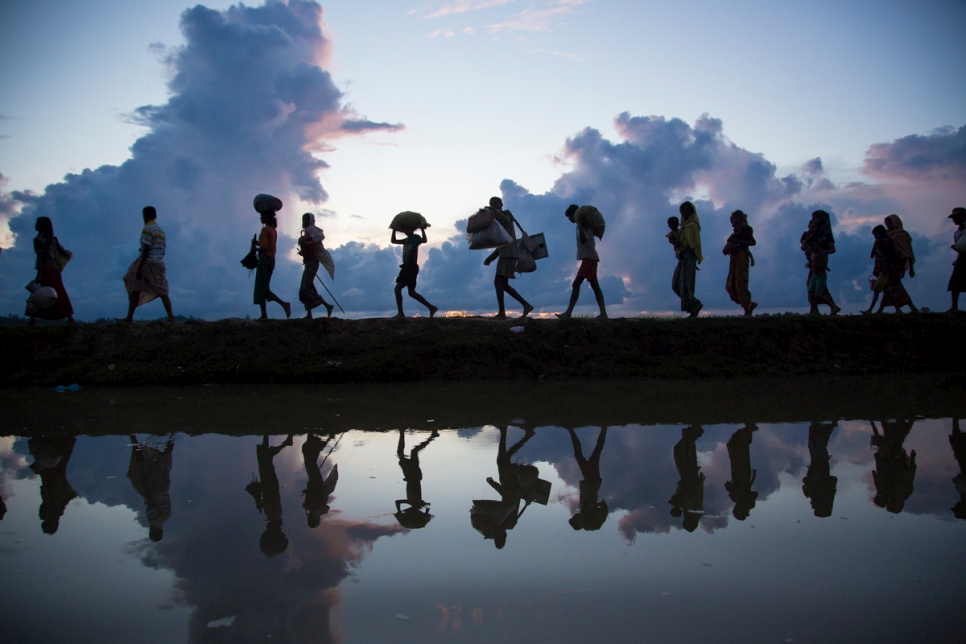 #RefugeeWeek: The Story of Migration to Britain – The Black & Asian Experience

#RefugeeWeek: The Story of Migration to Britain – The Black & Asian Experience

People of African and Asian origin have lived in Britain for at least two millennia. They arrived here many hundreds of years before the massive forced migrations sparked by the slave trade and the British colonisation of India. And by the time the SS Windrush arrived in 1948, famously carrying the first postwar arrivals from the Caribbean, Britain had a firmly established Black and Asian population.

Why Asian and Black History?

There were many Asian and Black people living in Britain throughout the period covered by this exhibition (1500-1850). They formed an integral part of British society, whether labouring as servants in country houses, enlisting in the armed forces, marrying in parish churches, engaging with literary and artistic life, or challenging the repressive laws of the day. For many places in Britain, we cannot speak of a separate ‘Black community’ at this time – Black people were integrated in the wider society, working and living with their White compatriots.

The word ‘Black’ is used here to denote people of African descent; ‘Asian’ to describe people of South Asian origin (from modern India, Pakistan and Bangladesh, the area that formed the British territory of India); and ‘White’ to indicate people of European ancestry. Words used to describe categories of people are always approximate and imperfect, and these have been selected as the nearest to satisfactory in this context.

It is often assumed that the population of Britain was entirely White at this period. How many people know, for example, that one of the leaders of the radical Chartist movement, which fought for the vote in the 19th century, was Black? Or that Elizabeth I tried to expel a number of Black people from England? Or that thousands of Black men, and probably even a few Black women, fought in the British army and navy during the Napoleonic Wars?

What Do We Know?

There is much historical evidence about Black people in Britain. One problem is that Black and Asian people are not always identified in the records. Sometimes – for example, in many army service records – a person’s complexion is described, and sometimes the records may say that she or he is a ‘Black’, ‘Negro’ or ‘Moor’. But frequently no such indication is given. Nor is there any way of being certain how many Black and Asian people lived here – nor, indeed, what the total population was, since the first national census was not taken until 1801 (and even that was of limited scope).

Often, it is impossible to tell whether Black people referred to in records were free or enslaved. It should not be assumed that a person described as a ‘Negro’ in the 16th, 17th or 18th centuries was a slave. Many Black people were never enslaved. And those that were, might be granted or buy their freedom, or claim it when they entered the military.

In Roman times, Black troops were sent to the remote and barbaric province of Britannia, and some of them stayed when the Roman legions left Britain. Later on, in the Middle Ages, Moors arrived in Britain. They probably came, directly or indirectly, from Spain, which had been conquered by Muslims from North and Northwest Africa in the 8th century.

From the late Middle Ages, as Europeans began to make direct contact with Africa, the number of Africans and people of African descent in Britain began to increase. The most important cause of these migrations was probably the slave trade. British involvement in the trade began in the 16th century and had reached huge proportions by the 18th. Over a period of 400 years, Europeans transported many millions of Africans to labour in their colonies in the Americas. These migrations created the Black diaspora.

Some of the enslaved Africans, or their children or grandchildren, ended up in Britain. For example, estate owners from the West Indies brought their household slaves to Britain to work as servants.

Advertisements in English newspapers show how slaves were traded in Britain. For example, in 1756 the Liverpool Advertiser carried a request for a ‘Black Boy of deep black complexion…not above 15 nor under 12 years of age’. Africans were also bought and sold as slaves in British ports. Yet not all the Black people who arrived in Britain during this period were enslaved. For example, Africans were recruited as sailors on the numerous slaving voyages of British traders, and it is likely that some of these sailors were free. Free Black people were also recruited into the Royal Navy. Some of these sailors will have settled and raised families in and around Britain’s ports.

Africans also visited Britain for other reasons. Some were merchants conducting business with British traders, and others were the children of wealthy African rulers or European planters who came to Europe to be educated. For example, Francis Williams, born in 1700, was a Jamaican of African descent who studied at Cambridge University. On his return to the West Indies, he opened a school in Spanish Town.

Although the British government tried several times to get rid of groups of Black people, there was clearly a settled Black and Asian population here throughout the period 1500-1850. Although we do not know their numbers, there are some (rather contradictory) clues. In 1764, for example, the Gentleman’s Magazine estimated that 20,000 Black people lived in London, a figure accepted by the anti-slavery campaigner Granville Sharp. In 1772, Lord Mansfield put the number in the country as a whole at 15,000.

A poignant record of Black people’s lives and deaths in Britain is provided by surviving tombstones. A famous and frequently quoted one is that of 18-year-old Scipio Africanus, who died on 21 December 1720. He is buried in Henbury cemetery, near Bristol. Another is that of ‘Sambo’ of Sunderland Point, Lancaster, whose inscription reads ‘Here lies Poor Sambo A faithful Negro’ – an epitaph that typifies the patronising attitudes towards Black people at the time.

Olaudah Equiano (also known as Gustavus Vassa) was an African about whom we know a great deal, and a prominent member of his community. In 1797 he had to bury his four-year-old daughter Anna Maria in St Andrew’s Church, Chesterton, in Cambridge. An apparently expensive plaque reads: ‘Near this place lies interred ANNA MARIA VASSA, a child of colour, daughter of Gustavus Vassa, the African, died July 21 1797’. The verse inscribed on the stone may have been written by Equiano himself. Just a few months earlier, he had made his will, leaving instructions for ‘the education of my two infants, Anna Maria and Johanna Vassa’.

Many historical sources besides tombstones – documents, works of art and newspapers, to name but a few – testify to the enduring presence and varied experiences of Black and Asian people in Britain.