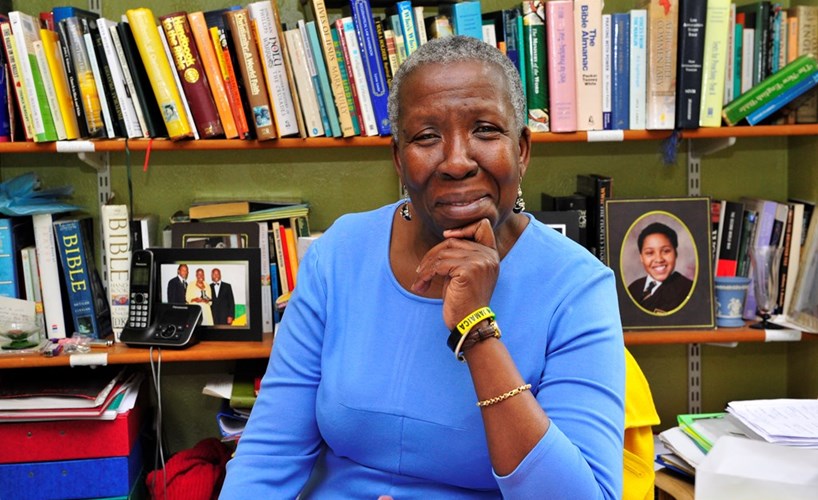 Reverend Eve Pitts is the vicar at the Holy Trinity Church in Birchfield. She is also Britain’s first black, female vicar.

The Church of England has long been a male dominated institution where the representation of women is slowly improving- but there are still many barriers to overcome.

This year International Womens Day celebrates women who have enabled change. Reverend Eve Pitts is changing attitudes by challenging the religion she preaches.

She says she was a “precocious child” and she originally wanted to be a Hollywood actress or a soprano, but god had other ideas.

The vicar says she resisted for a long time, as she finds god difficult.

She says that as a black woman she has great struggles with god and in terms of her history, and the history of her people, he has really tried her faith.

Speaking about her work the reverend states “it takes batty people to change the world”.

“I’m not going to leave this world until I make an impact, even if it’s just this corner of my world”.

When asked if she could have one prayer for humanity answered by god Reverend Eve responded: “To get rid of the demonic forces of racism. That’s what I fight about. Dream about. Sing about. Cry about. I refuse to believe in a god that doesn’t care that my race is diminished.”

Speaking about becoming Britain’s first black, female vicar Reverend Eve says it was “an exciting time”, but she also felt like a “trophy of an individual”.

She speaks about how she got the feeling that people were thinking “look we’ve got one!”

She admits that at the beginning she was worried about how she would function “in an all white institution with its institutional problems”.

She vowed to stay true to who she was, with a profound understanding of who she is, along with being totally committed to her culture and where she came from.

We have to protect girls and we have to give women confidence to be ourselves. Confidence to believe in a god who takes us seriously. There’s something about womanhood which gives me great hope for the future – REVEREND EVE PITTS

On August 1st each year Reverend Eve remembers with her church those who were enslaved in the slave trade. She comes to church dressed in traditional clothing, with chains around her waist and ankles.

She spends time dressed like this in the church and around the parish to remind people of the difficult times that black people faced 400-years ago.

She says that some people come and say hello to her, others pass by looking curious, and those who are “still ashamed” pass by her with their heads down.

“We weren’t born slaves” she adds.