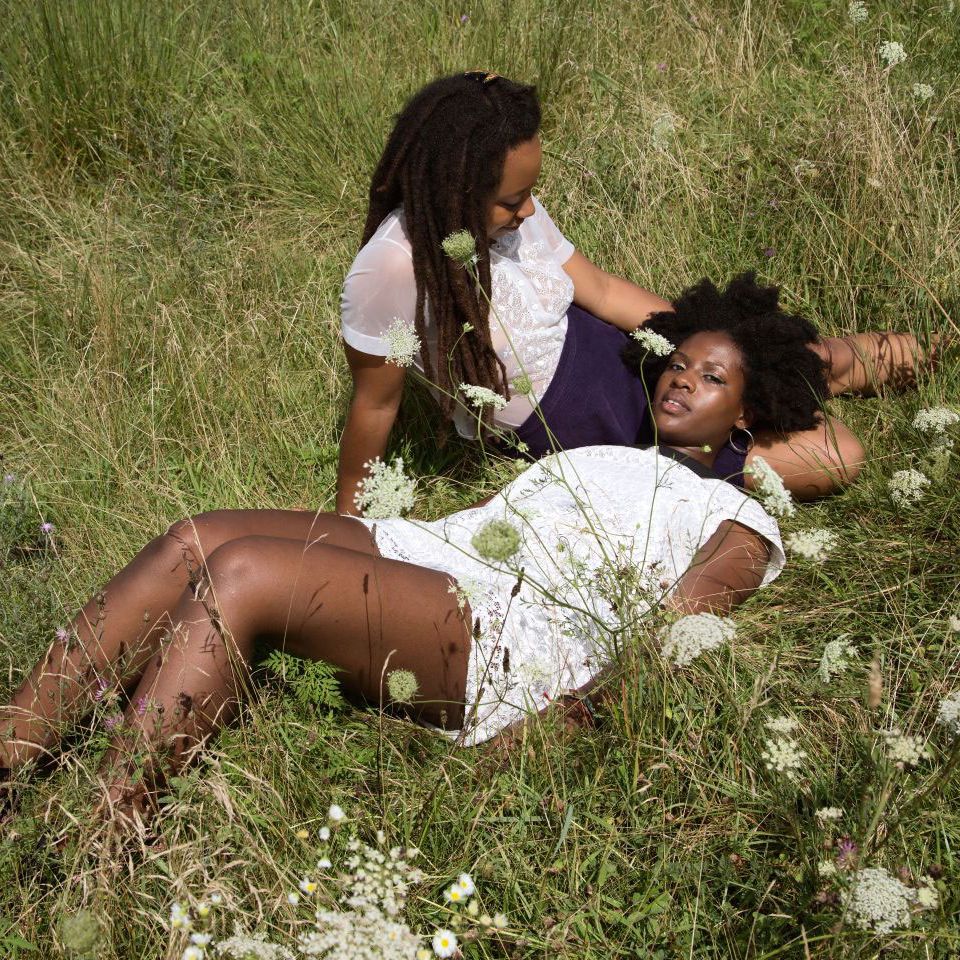 Without even thinking, I reached past the condiments scattered around the table and took their hands in mine. As they recounted tales of navigating childhood and exploring softness through adult relationships; I silently traced my fingers across their palm lines, massaged the wrinkles of skin over their knuckles, and slid my thumbs in varying patterns on the insides of their wrists. In our dimly lit corner of the coffee shop, we were fully engrossed in seamless conversation and whispered confessions amid the breaks of laughter so hearty they filled our bellies. We had been arguing about the impracticality of chopping boards over ceramic plates as a culinary trend – especially when you’re trying to savour a waffle without guarding your melting ice cream. We soon settled into the kind of companionable silence I had often found wanting in romantic relationships. Without need to bide the stillness over or avert eye contact to quell the intimacy – we stayed that way for as long as we needed, and as often as the moments arrived.

Long before I ever expressed my queer identity, I knew and celebrated the softness and sanctity of my friendships with girls.

I knew and celebrated the camaraderie and stimulation of my friendships with boys too. However, they were all, at times, laced by an awkwardness I could not name. In high school, I often felt flustered within cliques of cis-heterosexual girls, with an underlying annoyance borne of the unspoken inscriptions toward mainstream femininity. The assumptions that we all craved a standardised study, work, marry, make babies life trajectory. The prescriptions to value romantic relationships above all others. Being raised in an evangelical Christian home meant that these ideals for womanhood were further entrenched by the adults around me. While I was always feminine presenting, I wasn’t interested in just being a “lady,” I was more concerned with making sense of the world around me. Wondering when and how I might begin to live my truth as a queer woman even though I did not yet have the language to verbalise this.

It was only as a postgraduate student that I began to explore this part of myself a little more. When I moved from my hometown, my first neighbours were two gay men who quickly became confidantes. And even though my general ethos around campus life was: “I’m not here to make friends,” I was finding – later – that the select black women I had gravitated towards were all queer. None of these friendships was preceded by the knowledge of each other’s queer identities. We were navigating an array of postgraduate studies that had taxed our mental health to varying degrees and nursing our young evolving careers in Cape Town. A South African city marked by majestic mountainous beauty and quaint hidden gems, albeit notorious, as we’d all quickly discovered, for race relations that alienate black bodies.

Along these thorny paths of doing life in the city, we initiated “Survivor” date nights where we’d view the latest episodes of the reality show as a weekly respite. We would gather around this sacred cauldron every Thursday evening while cooking vegetarian meals over wine and peeking through magnifying glasses over 2000-piece puzzles that took weeks to complete. I witnessed these friendships deepen and blossom as all friendships do when shared interests and quirks align. But something more was happening.

Amid the goofiness and charged debates about social issues, within a social climate that hyper-sexualises queer black women (and often accompanies this with vastly invasive questions around the performance of sexual acts and traditional gender norms in relationships), I was learning the art of romantic friendships and radical softness towards Self and Other.

For the first time, while leaning into the safety of this tribe of black queer women, I felt that blanket of latent awkwardness begin to fall from my experience of friendship. The term “romantic friendship” surfaced during the 19th century and has been described as a relationship between friends that is typically non-sexual though marked by the physical closeness and emotional intimacy akin to what is reserved for contemporary romantic relationships.

When I noted the term, I already recognised that even though I haven’t dated much, everything I now relish and consciously carry about romance has been presented at the altar that is my queer friendships.

From being wooed and wooing another; physical touch and affection that never etches toward sexual attraction and sex; safety and being seen and melting into the presence of another in a way that honours the fullness of my existence and experiences. It is here where I have learned about holding ample space in relationships for accountability, boundaries, healing, and showing up as the most authentic version of myself. It is here where I have learned that chosen families are at times the healthiest. Not because health is automatically built into our shared identities, but because there is a profound awareness of intention that is always present. Where the other stands before me asking to know me, making no assumptions, and covering me in acceptance when I feel safe enough to expose the tender bits inside of me that the world had taught me to hide in order to ensure safety from its harm.

It was no wonder then, that when the pandemic first reached our shores, and many were scrambling to quarantine and lockdown with their romantic partners, all I wanted was to be with my tribe of black queer friends. To hold them – and be held – within this particular shade of gentleness that not only stays behind after life’s fires piece the charred bits together without asking or challenges me to grow more into my highest self. But that also writes love letters and delivers flowers on a busy Tuesday. That slips into bed and holds on until the sleep arrives on a tired Thursday. That arrives at my door to prepare a boozy brunch on a lazy Sunday. Regardless of shifting dates on the calendar, or how my relationship status might evolve.

Written By: Tšhegofatšo Ndabane (she/her) – a South African writer and copy editor with a background in clinical psychology. She writes about mental health, wellness, social justice and radical softness. Connect with her @brwnflwr.