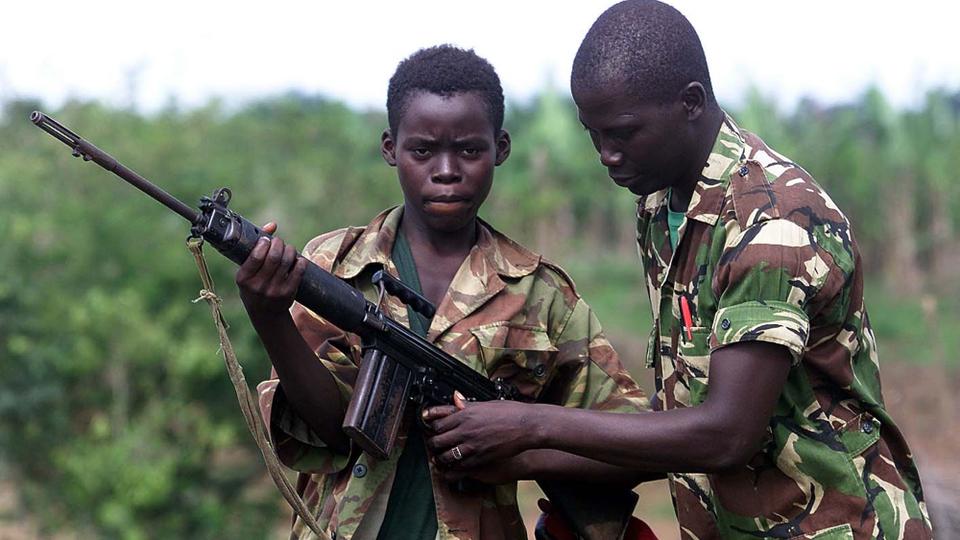 Stolen: A Four-Part Series of Loss and Self-Discovery (Part Two of Four)

Stolen: A Four-Part Series of Loss and Self-Discovery (Part Two of Four)

Meeting of Minds UK presents Stolen, a four-part series detailing a young girl’s tragic tale of loss and self-discovery after she and her brother are kidnapped by rebel forces

I willed my legs to move, but sadly, they would not obey. Fear had wholly paralysed me, and I could not move a single muscle. The acrid scents of fire, smoke and scorched flesh saturated the air burning my throat and forcing more tears to flood my eyes, pouring down my cheeks. Screams filtered out of the neighbouring huts and into the night in a cacophony of horror. Before I could react, one of the intruders stepped forward and grabbed me by the hair. Pain erupted across my scalp as he barbarically snatched me off the bed and flung me across the room. I landed at the feet of my mother’s cot, my back slamming against the bedframe with a resounding crack. She tried to rush to my aid then, flinging herself across the edge of the bed and reaching for me with trembling fingers. She was again met with a pair of boots, this time directly to the face. Her right cheek and bottom lip split from the impact, and blood spurted out from the wounds onto the floor in a crimson puddle.

Half of Mama’s body hung over the edge of the tiny cot, and every drop of blood that fell from her battered, disfigured face echoed loudly in my ears. I closed my eyes tightly, willing this nightmare to disappear. “I must be still asleep…”, I said to myself. Any moment now, I would awaken to the smell of Hausa Koko bubbling over the open flame whilst Mama hummed her favourite tune. I would turn to the window above my cot and feel the first rays of sunlight caressing my face before getting ready to complete my daily chores. Unknowingly I had begun rocking back and forth humming my mother’s special song, somewhat in a trance, silently praying that this was all just a terrible dream. Suddenly Adebiyi shouted out my name, and I opened my eyes just in time to see the butt of an assault rifle speeding towards my face. I tried to duck out of harm’s way but was not quick enough to dodge it entirely. Sparks of light exploded across my vision, and my ears began ringing violently when the rifle made contact. Warm blood trickled down my temple with every frantic heartbeat, falling onto my shoulder and staining my nightgown.

“Stand up!” yelled an intruder, his gun now aimed at my face. I forced myself to stand on wobbly legs that felt like they had no bones inside of them. By this point, Adebeyi was crying uncontrollably. The man who held him captive released his grip, and Adebiyi sank to the floor on his knees, still weeping. He then delivered a swift blow to Adebiyi’s back with his weapon, knocking him onto his face and into the steadily growing pool of our mother’s blood.

“Stand up!” he screamed at Adebiyi, spit flying from his lips. Adebiyi struggled to stand upright. It seemed like he could not bear his own weight and his knees buckled from the effort.

“Wipe those foolish tears from your face boy. Warriors do not cry!” his assailant shouted. Adebiyi lifted his hands to wipe the tears that kept falling and streaked his frightened face with Mama’s blood. Goosebumps once again swept across my skin as I looked upon my little brother. His face had transformed into a mask of anguish; tears and blood clouded his vision, so his gaze seemed to transcend beyond this present moment and into a future plagued with more horror than we could ever imagine. I wanted to comfort Adebiyi – to hold him close to me and assure him that everything would be okay. I wanted to tell him that our Mama would be fine, that she would wake up soon and force these wicked men to leave us alone. I glanced toward our front door, which had been partially ripped from the doorframe after the invasion, unrealistically expecting to see somebody – anybody – coming to our rescue. But the only thing that echoed out of the darkness were the voices of our village people screaming for the help that we also desperately needed. There was no one coming to save us. We were at the complete mercy of these violent soldiers and had no idea of what other tragedies lay ahead of us.

“There is nowhere to run and no place to hide.” stated one of the men calmly, pulling me out of my pathetic thoughts of escape. “The only person who has the power to save you right now is inside here.” He looked towards Adebiyi with a scowl and motioned for him to come closer. My brother shuffled forward on heavy feet towards the man. His tears had finally ceased to flow, his expression blank. The man then placed the assault rifle into my brother’s bloodstained hands and trained it on our still unconscious mother.

“You are one of us now.” the stranger whispered hoarsely into my brother’s ear. “You are no longer a foolish young boy. You are a man, a warrior!” Adebiyi stared blankly at our mother’s motionless body on the bed. It was at this very moment I had realised I had completely lost my brother. Adebiyi’s spirit had already started to shift into something insidious. Grief and fear have the ability to colour the purest soul as dark as night. This is a lesson that I had to learn in the hardest way possible.

I felt as though my own spirit had left my body, unable to cope with the stress of what was happening. My head throbbed from the blow I had sustained, and my legs were still weak and unstable. My brother, however, stood firmly now. He clutched the rifle with a look of determination, and I watched in utter disbelief as my brother squeezed the trigger of the gun. Bullets shot out of the barrel, penetrating through our mother’s body and the cot as they peppered the floorboards underneath with holes. A guttural wail sounded throughout the hut echoing into the night like a mournful lament. At first, I thought it was Mama suffering through a slow death issued by her only son. One of the men rushed over in my direction, wrapped his hands around my throat and squeezed tightly. As I struggled for breath, realisation dawned upon me; I was the culprit who had just pierced the night with the most feral of howls.