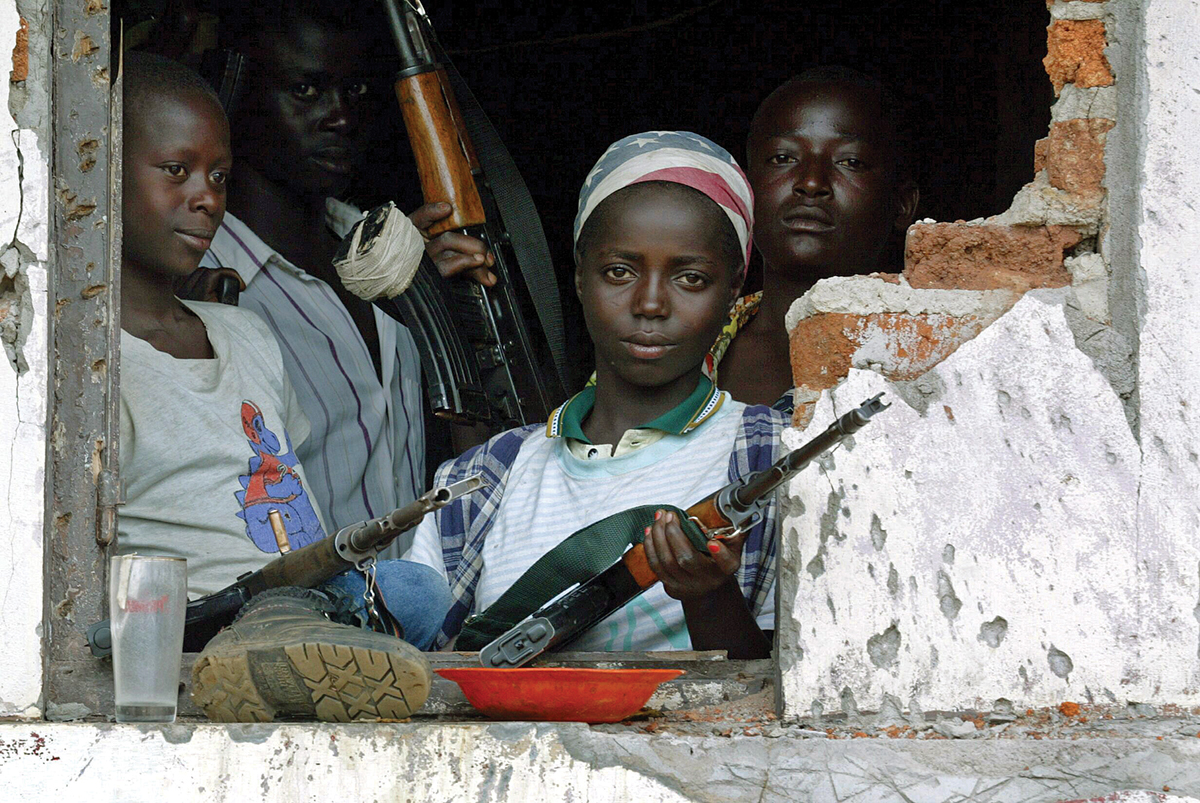 Stolen: A Four-Part Series of Loss and Self-Discovery (Part Four of Four)

Stolen: A Four-Part Series of Loss and Self-Discovery (Part Four of Four)

Meeting of Minds UK presents Stolen, a four-part series detailing a young girl’s tragic tale of loss and self-discovery after she and her brother are kidnapped by rebel forces.

Over the next few months, I witnessed my brother transform into something that eventually I could not even recognise. […] Adebiyi became the Commander’s puppet, carrying out his violent and inhumane instructions with complete obedience. – submission summary

We trekked through the thick jungle foliage for hours, weighed down by the heavy bags of produce we shouldered. I lost track of time and distance as our journey progressed. The kidnappers navigated through the dense underbrush with great skill and little thought. It was obvious that they were very familiar with the lay of the land although they did not carry any maps or compasses.

We had walked for so long that a dull ache had formed in my feet. They were covered with small cuts and patches of dried blood from the night’s events. I wasn’t even sure who the blood belonged to. There were about 34 of us, and we were made to walk in single file with the males leading the group and the females taking up the rear of the queue. The Commander was at the very front, and his soldiers walked alongside us to ensure that there were not any stragglers. My brother had taken stride next to the Commander and already seemed to assume an apprentice-like role. Since we had left our hut, he had not uttered a word to me. In this new reality, I was no longer his sister – although he would always remain my brother.

Many of us were beaten by these soldiers when our pace was too slow to satisfy them. At one point, one boy refused to go any further, claiming that he did not possess the strength to take another step. He was immediately shot and executed; his body discarded among the bushes. He could not have been older than nine years old. This struck even more terror into the rest of us, and we managed to arrive at the hidden jungle encampment without another complaint. I did not know exactly what would become of us, but I was certain that this new life was filled with horrors that I had not yet seen. The thought terrified me, but there was nothing I could do. I was powerless against my abductors, and the only thing that I could do at this point was to try and survive.

At the base camp, we learned that the females were to be housed separately from the males. We were split up into two groups and shown our sleeping areas for the night. In the girls’ quarters, we found four girls between the ages of 11 and 16. Most of them claimed that they had been there for over two years. Their gaunt faces and forlorn expressions echoed the agony and desperation which they must have felt. They pleaded with us to not try to escape. Many of their friends had attempted this before only to be tracked down by the Commander, sometimes all the way back to their villages. Some of them had even been executed for their desertion of The King’s Resistance Army after they had been apprehended again.

A young female soldier at a training camp in Liberia. Credit: PATRICK ROBERT/SYGMA/GETTY

“I have tried escaping as well”, explained the oldest of the girls. “When I returned home, my parents could not even recognise me. I had already been gone for over six months and by then the villagers had started to suspect that I had been living in the jungle with the King’s Army.

Everywhere I went, I could hear them whispering, feel them looking. They had no idea about what I had been through, but they judged me anyway. My own father could not look me in the face when he spoke to me. He just hung his head in shame. I stayed for three days, and then I came back to the Commander, because truly he is the only one who cares for me.”

A little while after, two soldiers came to our quarters with small white pills they said would help us sleep. I swallowed the tablet that was offered to me and sank into a deep, dreamless slumber. We were awakened early the next morning by the Commander’s voice.

“Wake up, ladies. Today is a very important day. Today you will begin working toward the liberation of our country. You will each be assigned specific tasks that you MUST complete every day. Furthermore, some of you will be specially selected to become the wives of some of our highly decorated soldiers in a very special ceremony. This is an honour that you must uphold with gratitude. I, myself, will be taking a wife today. Someone in here is about to become very lucky indeed. Clean yourselves off with the barrel of water outside your quarters and gather outside so we may begin.”

We exchanged nervous looks around the room and did as we were told. We were all too aware of the penalty for disobedience. During the ceremony, I was gifted as a wife to one of the Commander’s most favoured soldiers. His war name was Falcon. I never learned his real name. The Commander chose a 12-year-old girl from our village to be his wife. He and his newly wedded soldiers escorted us to a small wooden edifice in the encampment that they had dubbed ‘Honeymoon Hotel’. I still have nightmares of the torture that we endured in that evil place. The Commander and his men had their way with us for hours.

I have never felt so much shame. We exited the building and were greeted with applause and shouts of joy. All the rest of the men had gathered to show their support and admiration for the Commander and his top soldiers, each of them probably anticipating when they too could have their time in the ‘Honeymoon Hotel’. They leered at us lasciviously, making my skin crawl even more. My brother stood among the crowd as well, staring in awe at the Commander who had just raped me and many young girls from our village who Adebiyi knew very well. Just last week, he and Emmnanuella, the Commander’s new wife, had gone fishing together in the river near our village. Now he looked at her with little recognition. He looked past me, almost through me, it seemed. He overlooked my pain and anguish and set his gaze upon the Commander, his new hero.

Over the next few months, I witnessed my brother transform into something that eventually I could not even recognise. He raided villages at the behest of the Commander with his newfound brothers in arms. He quickly grew in favour with the Commander for his dedication to the King’s Resistance Army. Adebiyi became the Commander’s puppet, carrying out his violent and inhumane instructions with complete obedience. Many times, he would leave the encampment with his ‘brothers’ on a raid only to return covered in blood and laden with the possessions of unknown victims. In exchange for his unfettered loyalty, he was rewarded with the attention which he so desperately craved, along with wealth and power he had never known.

I spent my days cooking, cleaning and fulfilling the sexual needs and desires of Falcon, the Commander, and whoever received permission to obtain my services. Everyday felt like it would be my last. I wanted to end my life but did not have the courage to do it on my own. I had lost all hope of being rescued and was resigned to the fate which had been chosen for me. Then one day, after a scheduled raid led and orchestrated by Adebiyi in a nearby village, my brother and the other soldiers returned to camp with another group of captives.

The Commander exalted my brother as a brave African soldier who had proven his loyalty to The King’s Resistance Army from the very beginning. He promoted him immediately to Junior Commander and presented him with long trousers and a pair of boots. He was also given the war name, Lion, and told that he would have his choice of wife from the new girls which were brought in. These girls were even younger than we had been when we were first brought to this wretched place.

I looked at the captives and saw the same fear that I felt mirrored back to me through each of their eyes. An eerie breeze blew through the camp at that moment, and I heard my mother’s voice in my ear again. “Never forget…”

But with amnesia comes riches and power unbound, however wretched the blood money. My brother, my Adebiyi, he had been stolen, and he had forgotten.

Header Image: courtesy of  ACCORD