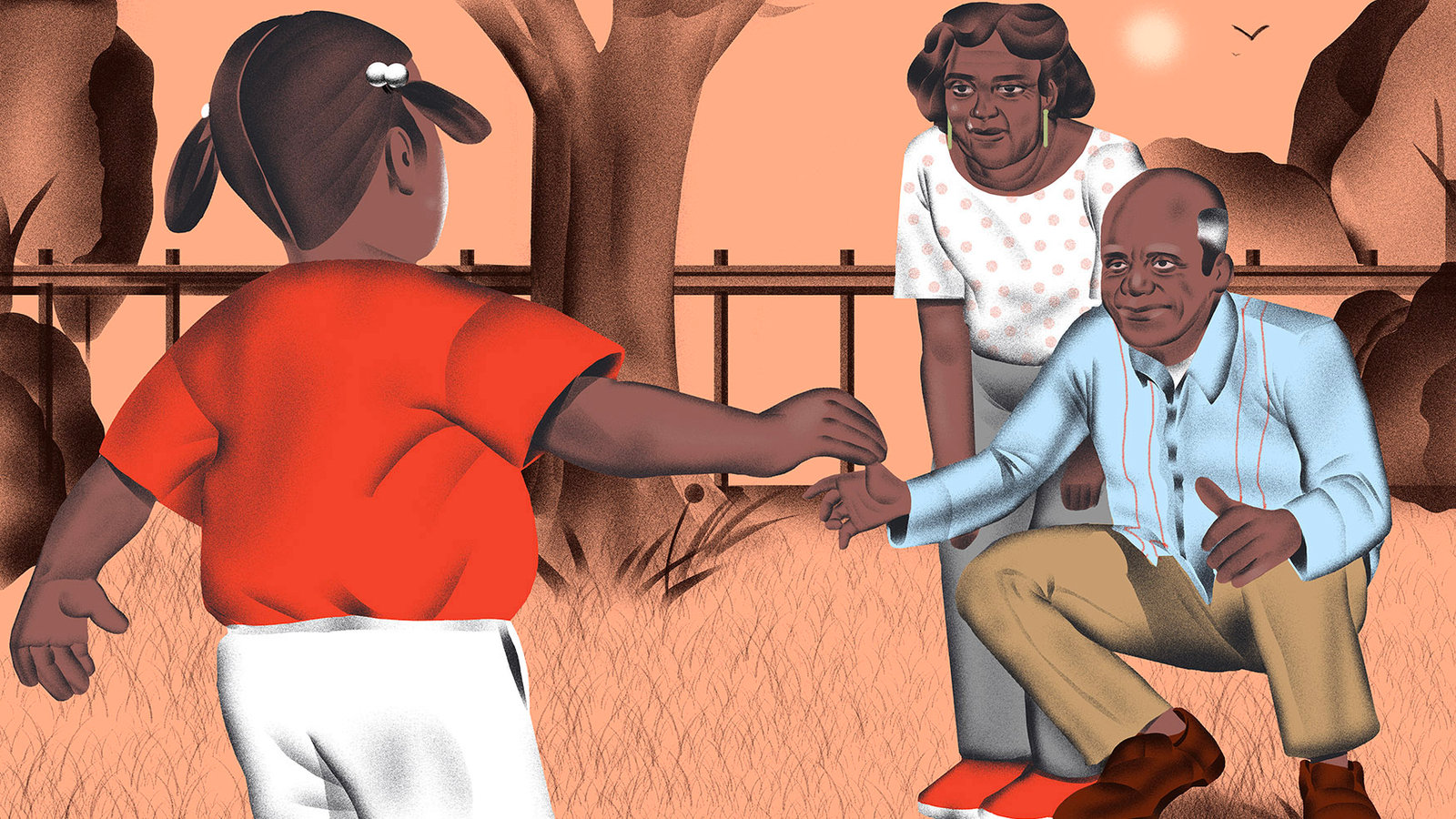 I can’t even begin to tell you how much this burden weighs heavily on my heart. I’ve realised it’s not just police brutality of which I’m fed up but the injustice in my backyard.

I believe the real reason behind many of society’s oppressive behaviours today lies within the family.

From the domineering disrespectful behaviour of one partner. To the enabling subservient behaviour of another. And the tragedy lining the path behind these two precarious lovers — mainly their wounded children who repeat the cycle.

We have normalised toxic behaviour in the home. We have made it okay not to question elders who are visibly and consistently hurting not just us, but themselves. Because to call out an elder is to call out God? It is to threaten unjust leadership. It is to upset the system.

In my pre-teen years, we visited the countryside way too much. But consequently, I had a front-row seat to misogyny, hypocrisy and normalised suffering.

I recall a defined system where men slaughtered and roasted the meat while women cooked a variety of dishes.

This part of the day seemed pretty normal save for what I now consider enabling archetype roles that encouraged ingrained misogyny.

Honestly, this should’ve been a red flag

Because later, when the liquor was flowing, the kids sat around exchanging war stories. Those of us who were old enough to comprehend our “observations” (read trauma) anyway. And by old enough I mean 12 or 13 years.

We’d seen it all. From the bleeding mouths to swollen faces, to not-so-secret messages, and even babies’ day out with mistresses. This type of visible domestic violence and disrespect was reaffirmed by the loud chatter we heard outside.

The men boasted their faux wealth before singling out a female cousin/aunt. Then made derogatory statements about how they led their lives (which was none of their business by the way).

The older women huddled around criticising an in-law’s (or a fellow sister’s) failing relationship. Yet they were in similarly abusive relationships while their own brothers were perpetrators.

Why were they oblivious to these intersections yet boasted successful careers, financial abundance and big houses? Oh, and consistent church attendance — I’m pretty sure this was just the colonialist’s way of ensuring people showed up for their weekly dose of conditioning.

See a connection with African leaders yet?

After a family gathering, these same couples went away to live to (literally) fight another day. My own sleep pattern was damaged for years because I was afraid of that one fatal fight — so I’d call my cousin at 2 a.m. for reassurance.

And stories kept piling in from cousin after cousin.

My aunt once landed in hospital after a violent debacle. Then my hypocritical uncles, who were similarly violent, swooped in to “demand justice”.

And this same reaction emerged each time one of their own was in crisis. Somehow the vilest oppressor went from devil incarnate to suffering saint—a classic case of Stockholm syndrome.

They would rather die than actually hold each other accountable. They have to protect their trauma even if it destroys them (and especially their children) in the long run. Last I heard, we’re now all either depressed, borderline alcoholics or both.

This looks a lot like present-day Kenya — politics and religion are still doing an excellent job of imprisoning us. Yet we insist on maintaining this “noble” structure. The systems are human-made creations that must endure above all else —above the dignity of actual human beings.

I loved this quote from this story about Meghan Markle,

“With her husband, they agreed together that the media will not break their union or their mental stability as they had once done over 20 years prior with Princess Diana. This solidarity is a victory in and of itself because, with their departure from tradition, they reaffirmed to the world that rules should not be prioritised over one’s humanity.”

The same can be said for families…for society. But the real question is, can we dare to do the same?

We shun children from calling out injustices by parents simply because the latter put food on the table when this is basic parenting. So when a leader loots public funds or rigs an election but made a huge donation to a church, somehow they’re still the best person for the job.

When they kill and beat us during elections, those are demonic spirits interfering with “God’s chosen leader”. They tell us we need to keep praying for their success. Even when they didn’t deliver on their promises in the last term, promises we’re unfamiliar with or “forgive them for” because we’re too grateful for the bare minimum.

You call it “African Parenting”, I call it cancer — when left unchecked, it kills us all.

Feel the urgency. Stop enabling questionable oppressive behaviour within your homes to save face in public. Demand more accountability at the family level so we can ALL recognise and demolish toxic societal structures.

Written By: Wairimu Ndung’u, a passionate activist and feminist freelance writer based in Nairobi, Kenya, her home country . She loves writing on topics like Mental Health and Gender Equality. Read more of her stories on Medium