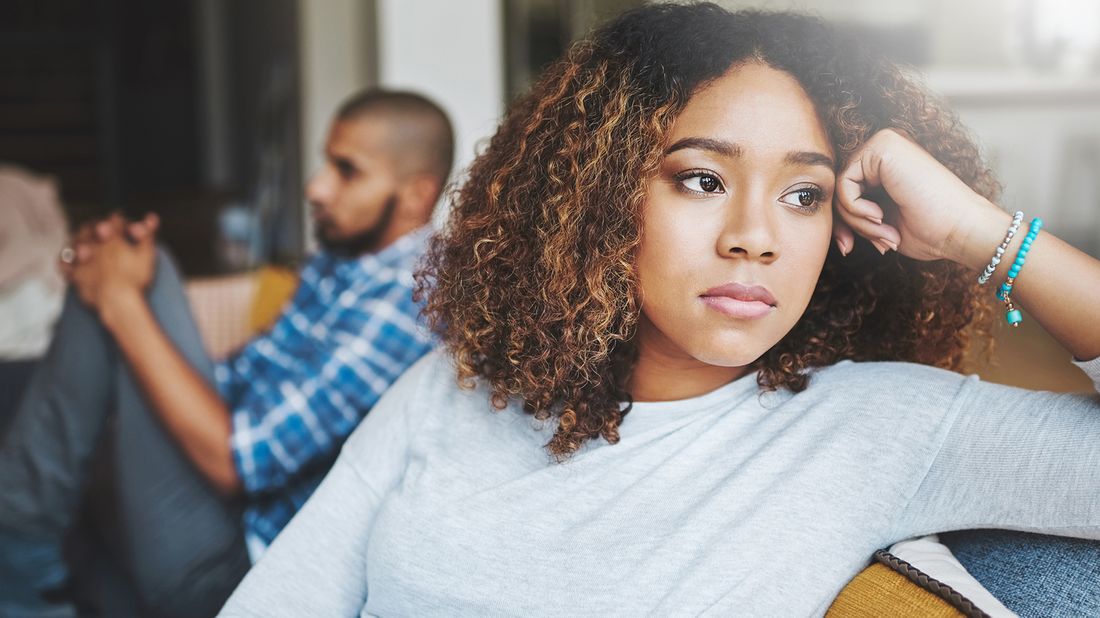 He cheated on her countless times. He hit her. He yelled and had made her sleep out in the cold several times. Everyone in the neighbourhood knew of Anesu’s plight. Everyone spoke about it. Everyone heard her cries and screams for help, but no one came to her rescue. They all continued with their lives and lay in their warm beds as her cries become whimpers in the dark…

Anesu’s case exemplifies the disturbing reality for many married African women and it’s time we had an earnest conversation about it.

For centuries, African women have been expected to endure abusive marriages. Divorce is talked of as though it’s the forbidden fruit. No matter the circumstance, a woman’s grace rests on her ability to forge through. The most inconceivable acts of spousal abuse (nearly always on the husband’s part) are ‘remedied’ by meetings and consultations. A woman’s desire to separate is considered to be the absolute final solution, rather than a legitimate alternative, parallel to or even more suitable than ‘working it out’.

On the flip side, men are permitted, even encouraged, to cast away their wives upon suspicion of witchcraft or adultery.

Traditional social and cultural expectations have bound women so tightly that women aspire to be a ‘Mrs’ from young girlhood, due to the notion that with marriage comes social mobility. It is, subsequently, unheard of for a woman to be the one to file for a divorce. This is even if it’s for the same reasons that would be deemed acceptable for men.

There are no good reasons why a woman would decide to walk away. Adultery is not a good reason to leave because it is a wife’s mission to ensure that it is their beds their husbands come home to from their wanderings. Wives are expected to fight other women off their husband because men are deemed the ultimate prize. Accordingly, a woman’s ability to ‘tame’ the supposedly wild urges of a man signifies a victory on her part.

Physical abuse is not sufficient justification either. Wives are supposed to cower and not have opinions, in case they anger their husbands. If they subvert this custom, then their bruised bodies must grovel and beg for forgiveness. When all other reasons for staying fail the default one is “You must stay for your children” African woman must be the glue that keeps a family together.

Although this has for a long time been the norm, advances in women’s education and work opportunities have made many feel intellectually and financially empowered enough to choose independence.

Divorce has now become a choice some women freely chose.

The consequences of making such a choice, however, are still unfavourable as some often find themselves shunned. Social isolation is not only inflicted on female divorcees by their families, but by other women. The latter’s actions are often influenced by their husband, who may see the divorced woman as a threat to their own marriages.

Gender Equality Acts and Women’s Emancipation Laws have often been blamed for the dissolution of modern unions. A Facebook comment, shockingly by a female contributor, reinforces this notion: “The problem is equal rights. Equal rights mean no submission, no compromise, no competition and more. Biblically the MAN is the head. Once we modernise marriage, then there is a problem. Even if the woman earns ten times more than her husband, she is not the head.”

Although it’s sad to see women engage in their own oppression this way, this type of mentality does not signify the current marital trend, fortunately. The conventional idea of the woman being the one who is fighting to maintain her matrimony has been subverted by the rise in female-initiated divorce cases, of late. In 2019, 51% of divorces in South Africa were initiated by women, compared to just 39.7% in 2009. Most men have been raised to believe that they can get away with anything in relationships with women, without substantial challenge. The shift against this narrative has, accordingly, dealt a blow to their egos.

Women in these situations will often find themselves having to stand alone against families, friends and a community that questions their motherhood, their chastity and their very virtue. In an article, titled ‘Shame On You for Getting a Divorce!‘, Susan Pease Gadoua L.C.S.W. said “One woman’s reason for never dating after her divorce was that she felt like “damaged goods,” even though the divorce was not her fault (her ex was an alcoholic and a rage-aholic).

Despite the persistent social and cultural pressure on more free-thinking African women to obey the status-quo, more and more women are going against the grain.

As for Anesu as she picked up her clothes that had been scattered outside by her angry husband, she knew she was going to have to be tenacious. Her neighbours jeered at her predicament, knowing she’d now have to go and face her “disappointed” and “humiliated” family.

She held her children’s hands and walked on knowing full well that she was leaving behind a bad reputation that would take a generation to erase, all because she decided to free herself from the shackles of wedlock.

How is she doing now you ask? Well, she is doing just fine.

Written By: Makanaka Mavengere is a Zimbabwean author, playwright and screen writer. Her debut novel ‘Perfect Imperfections’ was published in 2019, she is currently working on a few film and stage productions.