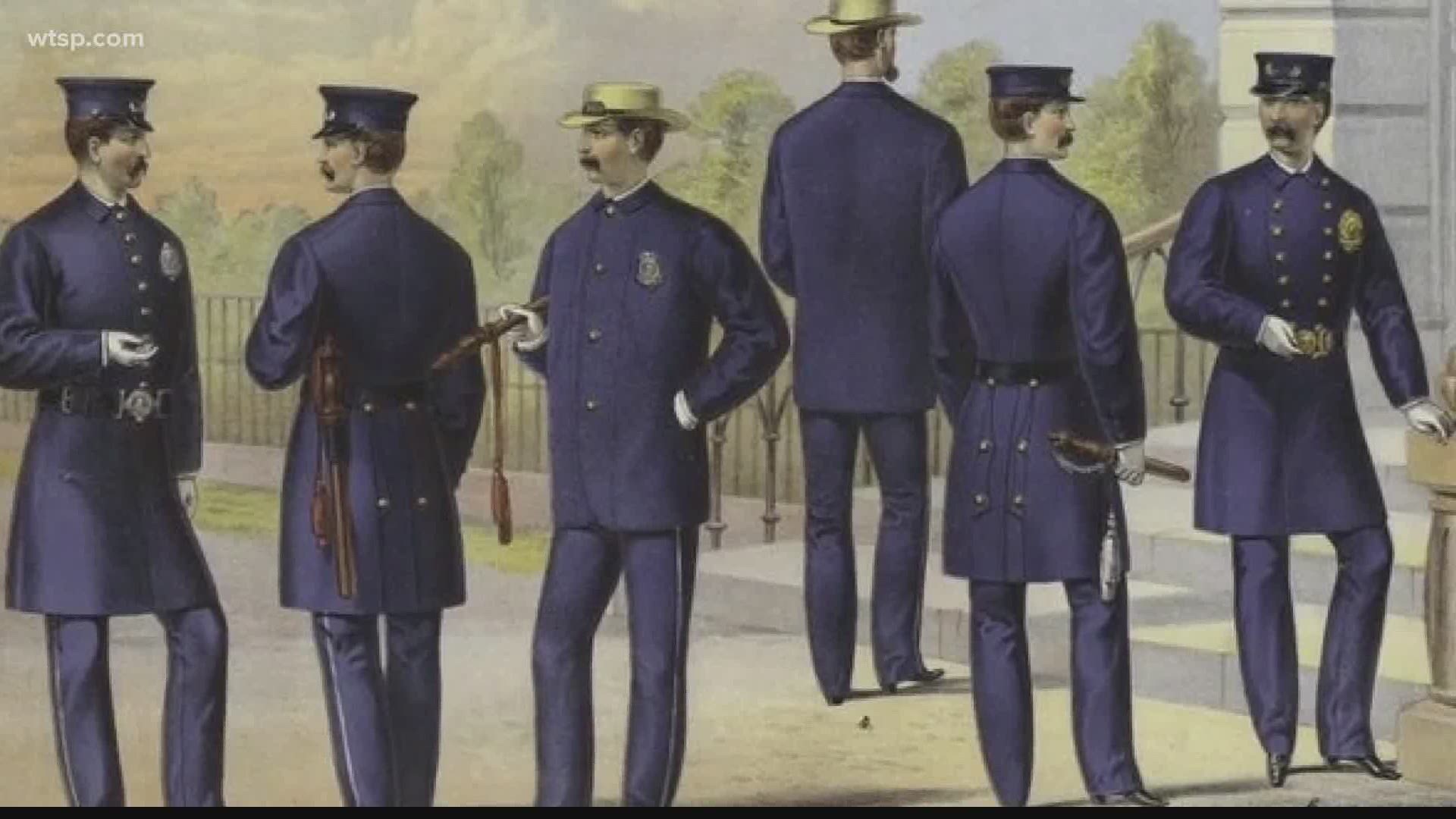 The History of Policing in America

The History of Policing in America

It would be easy to think that the police officer is a figure who has existed since the beginning of civilisation. That’s the idea on display in the proclamation from President John F. Kennedy on the dedication of the week of May 15 as “National Police Week,” in which he noted that law-enforcement officers had been protecting Americans since the nation’s birth.

In fact, the U.S. police force is a relatively modern invention, sparked by changing notions of public order, driven in turn by economics and politics, according to Gary Potter, a crime historian at Eastern Kentucky University.

Policing in Colonial America had been very informal, based on a for-profit, privately funded system that employed people part-time. Towns also commonly relied on a “night watch” in which volunteers signed up for a certain day and time, mostly to look out for fellow colonists engaging in prostitution or gambling. (Boston started one in 1636, New York followed in 1658 and Philadelphia created one in 1700.) But that system wasn’t very efficient because the watchmen often slept and drank while on duty, and there were people who were put on watch duty as a form of punishment.

Night-watch officers were supervised by constables, but that wasn’t exactly a highly sought-after job, either. Early policemen “didn’t want to wear badges because these guys had bad reputations to begin with, and they didn’t want to be identified as people that other people didn’t like,” says Potter. When localities tried compulsory service, “if you were rich enough, you paid someone to do it for you — ironically, a criminal or a community thug.”

As the nation grew, however, different regions made use of different policing systems.

In cities, increasing urbanisation rendered the night-watch system completely useless as communities got too big. The first publicly funded, organised police force with officers on duty full-time was created in Boston in 1838. Boston was a large shipping commercial center, and businesses had been hiring people to protect their property and safeguard the transport of goods from the port of Boston to other places, says Potter. These merchants came up with a way to save money by transferring to the cost of maintaining a police force to citizens by arguing that it was for the “collective good.”

In the South, however, the economics that drove the creation of police forces were centered not on the protection of shipping interests but on the preservation of the slavery system.

Some of the primary policing institutions there were the slave patrols tasked with chasing down runaways and preventing slave revolts, Potter says; the first formal slave patrol had been created in the Carolina colonies in 1704. During the Civil War, the military became the primary form of law enforcement in the South, but during Reconstruction, many local sheriffs functioned in a way analogous to the earlier slave patrols, enforcing segregation and the disenfranchisement of freed slaves.

In general, throughout the 19th century and beyond, the definition of public order — that which the police officer was charged with maintaining — depended whom was asked.

For example, businessmen in the late 19th century had both connections to politicians and an image of the kinds of people most likely to go on strike and disrupt their workforce. So it’s no coincidence that by the late 1880s, all major U.S. cities had police forces. Fears of labour-union organisers and of large waves of Catholic, Irish, Italian, German, and Eastern European immigrants, who looked and acted differently from the people who had dominated cities before, drove the call for the preservation of law and order, or at least the version of it promoted by dominant interests. For example, people who drank at taverns rather than at home were seen as “dangerous” people by others, but they might have pointed out other factors such as how living in a smaller home makes drinking in a tavern more appealing. (The irony of this logic, Potter points out, is that the businessmen who maintained this belief were often the ones who profited off of the commercial sale of alcohol in public places.)

At the same time, the late 19th century was the era of political machines, so police captains and sergeants for each precinct were often picked by the local political party ward leader, who often owned taverns or ran street gangs that intimidated voters. They then were able to use police to harass opponents of that particular political party, or provide payoffs for officers to turn a blind eye to allow illegal drinking, gambling and prostitution.

This situation was exacerbated during Prohibition, leading President Hoover to appoint the Wickersham Commission in 1929 to investigate the ineffectiveness of law enforcement nationwide. To make police independent from political party ward leaders, the map of police precincts was changed so that they would not correspond with political wards.

The drive to professionalise the police followed, which means that the concept of a career cop as we’d recognise it today is less than a century old.

Further campaigns for police professionalism were promoted as the 20th century progressed, but crime historian Samuel Walker’s The Police in America: An Introduction argues that the move toward professionalism wasn’t all good: that movement, he argues, promoted the creation of police departments that were “inward-looking” and “isolated from the public,” and crime-control tactics that ended up exacerbating tensions between police and the communities they watch over. And so, more than a half-century after Kennedy’s 1963 proclamation, the improvement and modernisation of America’s surprisingly young police force continues to this day.

The lady in this clip is Kimberly Jones. She is an organiser, author and activist based in Atlanta, GA. Visit her GoFundMe and donate what you can.