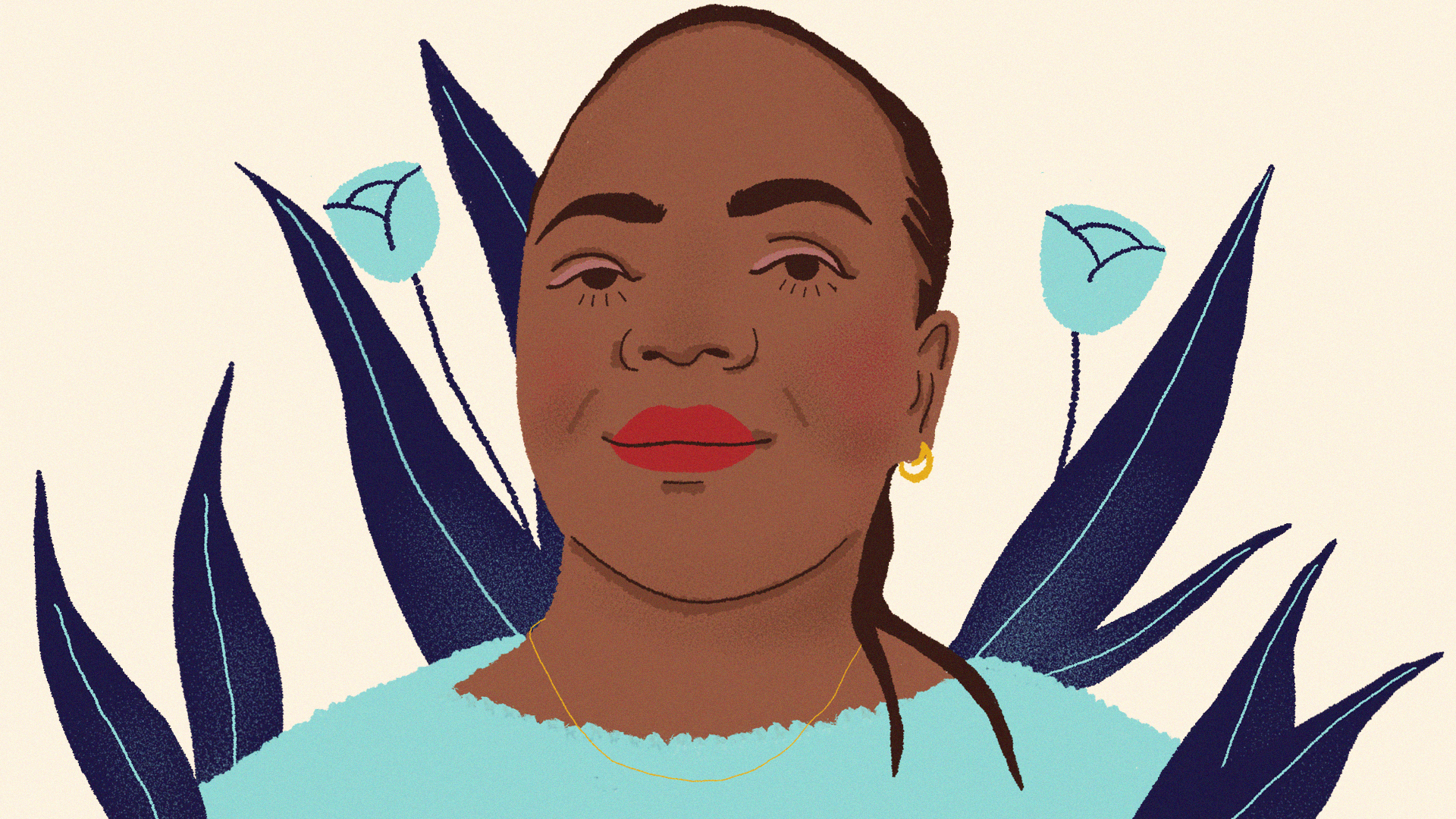 The life and death of Belly Mujinga

The life and death of Belly Mujinga

Guardian writer Sirin Kale tells Anushka Asthana about investigating the life and death of Belly Mujinga. She describes meeting Lusamba Gode Katalay, Belly’s husband, and Agnes Ntumba, her cousin, who both described Belly as a loving wife, devoted mother, and kind and compassionate colleague. Sirin looks at how the story – of a frontline worker assaulted while doing her job, a black woman whose death went uninvestigated until a global anti-racism campaign forced the British authorities to take note – made Belly a symbol of racial injustice.

On April 5, Belly Mujinga passed away from coronavirus, leaving behind an 11-year-old daughter, Ingrid, and her husband, Lusamba. Belly’s death was a perfect storm of managerial oversight; an ineffective strategy in supplying PPE to key workers (the majority of whom in London are Black, Asian, or minority ethnic); and a justice system that remains ill-equipped in dealing with hate crimes. Most importantly, however, what happened to Belly took place in a country that has been failing its Black community for centuries – a truth that many of us are only just beginning to fully wake up to.

It has been confirmed that Black men in the UK are 4.2 times more likely to die from coronavirus than their white counterparts. For Black women, it is 4.3 times more likely. What the COVID-19 crisis has shown us (if the Grenfell fire didn’t do so already) is that Britain’s failure to adequately address its inherent anti-Blackness and racism is having actual life and death consequences. And Belly Mujinga’s story is yet another tragic example of that.

What happened to Belly Mujinga?

Belly Mujinga passed away in Barnet Hospital, North London, on April 5. Two weeks prior to this, she and a fellow Govia Thameslink Railway colleague reported being spat at and coughed on by a member of the public while on duty at London Victoria station. An investigation from the British Transport Police was opened on May 11 and 18 days later, on May 29, the case was closed – it was announced no further action would be taken.

What other details should we be aware of?

Beyond the basic facts of the story that have occupied the pages of some (though, notably, not all) newspapers over the past two months, there are some additional details we need to make ourselves aware of:

What happened with the initial BTP investigation & was the suspect given a coronavirus test?

The British Transport Police (BTP) opened an investigation on May 11 and, according to their website, conducted “extensive enquiries to establish the full circumstances of what happened on 21 March,” which involved “reviewing CCTV footage of the incident and speaking to key witnesses.”

As part of the BTP investigation into this case, one of the limited anti-body tests available in the UK was given to the suspected assailant. (The government has stated that NHS and care home staff should be the priority when it comes to anti-body tests).

According to the BBC, the results came back as negative, but no further information has been given. Public Health England’s (PHE) research into the UK’s antibody tests (the development of which is still in its nascent stages) has shown their sensitivity is 83.9%, rather that 100% as some outlets are reporting. (This is, assuming the suspect was given a new test, rather than one from the shipment that has now been deemed defunct). As the government itself has stated, “we’re at the beginning of our antibody testing programme,” so nothing can be known for sure about whether the suspect was a carrier.

Whether the suspect had COVID-19 or not, the fact remains that what was reported was still a crime: in the UK, deliberately spitting at a person is an offence for which assailants can be charged. However, on May 29, the BTP came to the conclusion that there was “no evidence to substantiate any criminal offences having taken place.”

On June 5, Belly’s husband Lusamba responded to the findings, saying “Belly didn’t lie about being assaulted. Belly and her colleague were confronted and intimidated as frontline workers and their concerns and their fears were ignored. We continue to have questions after the police investigation.”

Belly’s family have made the decision not pursue a prosecution but instead to campaign for access to PPE for those who need it and to continue looking for answers about what really happened on March 21.

What is GTR’s response?

In a statement sent to me from GTR, Angie Doll, the managing director of Southern Railway and Gatwick Express, said:

“Our hearts go out to Belly’s family who we continue to offer our deepest sympathies to. While the conclusion of the British Transport Police investigation found no evidence of spitting, any loss of one of our dedicated colleagues from Coronavirus is one too many. Our absolute focus remains on keeping all of our colleagues safe, and we continue to follow all government health advice to protect them. We thank our key workers for their commitment at this incredibly challenging time for our country.”

Is the CPS looking into the case?

In the wake of the public outrage expressed over this case, on June 5, the BTP announced it had “invited independent review by the CPS of the available evidence.”

The BTP wrote: “We hope this helps contextualise our approach to investigating these allegations of a criminal incident, the evidence available to support further judicial proceedings in respect to those allegations and our on-going compassion for those who knew and loved Belly.”

At the time of writing (June 5), the CPS has not yet made any comment on the BTP’s statement.

What can I do to help?

For those looking to show support for Belly Mujinga’s family, you can:

Importantly, you can also educate yourself on the Black British experience to understand the context in which Belly’s death took place and help to ensure something like this does not happen again.

As Belly’s husband said on June 5:

“Black lives do matter. Belly’s life mattered. It mattered to me, to our daughter, our friends and family, to Belly’s colleagues, and now it matters to many thousands of you out there. We want justice for Belly.”