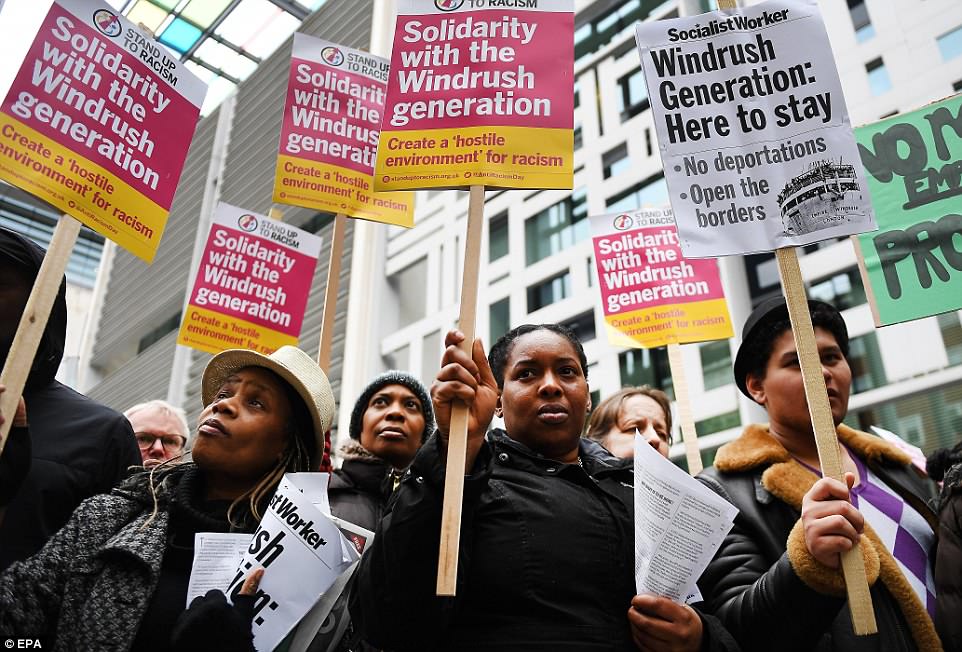 The Windrush report shows the Home Office is broken. Here’s how it must change

The Windrush report shows the Home Office is broken. Here’s how it must change

Almost every day, there is a new story about the Home Office needlessly ruining someone’s life. In recent weeks, one of my constituents was made to sleep rough for weeks in a Brussels train station, after being made stateless on return from holiday without any warning; another man was deported despite the high court ruling that it would be illegal; and the Guardian reported that a man who had been forced on to the streets by the Windrush scandal is still homeless two years later.

The Windrush scandal, which resulted in the systematic and unlawful detention or deportation of at least 164 black British citizens, is just the most grievous example of Home Office failure. But as Wendy Williams’ blistering Windrush Lessons Learned review shows, the department’s problems are broader and deeper than one scandal.

The review exposes the department as unfit for the society it is supposed to serve, after a series of colossal failures, rooted in a toxic internal culture and an ingrained misunderstanding of Britain’s colonial history. It showed “institutional ignorance and thoughtlessness” on race issues that is “consistent with some elements of the definition of institutional racism”. It calls for ministers and officials to make an “unqualified apology” to “those affected and the wider Afro-Caribbean community”, but more importantly it says that the sincerity of this apology can only be judged the extent of the “systemic and sustainable cultural change” that follows it. Every Windrush citizen harmed by the government deserves to be compensated immediately, but the true test of whether the British government has learned its lesson will be the future policies it chooses to implement.

There is not one easy fix to the culture of the Home Office, or the inhumane policies driving the unnecessary suffering it creates. However, the Lessons Learned review provides a unique opportunity as well as a blueprint to fix a broken department. Home Office reform should follow four steps.

Of all the reports and newspaper briefings that have characterised Priti Patel’s crisis-ridden tenure at the helm of the Home Office, perhaps the most concerning was that which suggested she is not committed to the rule of law. When the UK government presides over a regime that fails to give migrants proper legal representation, splits children from their parents and deports people against legal advice, it is not only the immediate victims who are harmed. These failures fatally undermine the UK’s standing as a champion of the rule of law and human rights in the world.

Wendy Williams’ review outlines that many of these failures stem from “cultural issues” in the department. The only way to fix them is with a new positive vision. That means replacing the “defensive culture”, “negative terminology” and “biased language” with a new culture which is open to feedback, ideas, criticism and learning. The Home Office needs to develop a new mission statement and purpose rooted in the British values of the rule of law, democracy, individual liberty, diversity, openness and respect for those from different backgrounds, faiths and beliefs. Internally, the department’s new purpose must be to replace the deeply divisive culture that has distorted immigration control from a responsibility into a sport. Whistleblowers should be actively protected, rather than dismissed. The department’s diversity and inclusion strategy must be made concrete with tangible targets. All staff should be required to undergo education and training to understand Britain’s colonial history, migration and the story of black Britons.

Second, we need to rebuild the Home Office in a way that recognises the internal contradiction of being a department that controls immigration, but that also has a fundamental duty to protect vulnerable communities. We need to retrain Home Office officials to recognise that their primary duty is to resolve people’s problems, not exacerbate them. The culture of awarding bonuses in reward for meeting quotas encourages officials to treat individuals as means to an end, rather than as human beings. This must stop. There is no reason that processes for people to be reunited with their families should be designed in a way so complex that even some lawyers struggle to understand them. The Home Office should make it easier and much less expensive for individuals to legalise the status that is rightfully theirs.

As the review highlights, caseworkers in the Home Office need to develop a “craft”, to replace its current “factory line approach”. This means picking up the phone and arranging face-to-face meetings in complex cases. In terms of data collection and metrics, the Home Office must enter the 21st century. It can no longer be a paper department and it must create a central process for collecting, recording and monitoring data so that it can spot patterns of failure and respond to them.

Third, the hostile environment must be replaced by a humane environment. By turning teachers, doctors and landlords into border guards, the government manufactured an “us and them” culture that led to gross discrimination across the public realm. The review calls for an immediate end to the “right to rent laws” and says the department must take “urgent action” to review every hostile environment measure. The implications are clear. We should scrap the entire hostile environment, and immediately introduce a process for individuals who have been discriminated against because of it to get compensation.

Finally, we can look at creative policy solutions to detoxify immigration issues that go beyond the scope of the Windrush Lessons Learned Review. A one-off immigration amnesty would lift 1.2 million undocumented migrants out of the black economy, allowing them to work legally, pay taxes and contribute to society. It would also massively reduce the Home Office’s workload. Other countries, including Spain, have successfully implemented amnesties on a similar scale. This is a policy that can find cross-party support, having previously been supported by Boris Johnson. A one-off amnesty could be the perfect opportunity for the Home Office to hit reset. Another potential idea is devolving parts of migration policy to the regional level. This could only follow a radical decentralisation of the UK. However, doing so could resolve existing tensions that result from varying public opinion in different parts of the country.

If the government is serious about righting the wrongs suffered by the Windrush generation, it will recognise that this moment cannot be ignored. The Home Office’s systematic mistreatment of migrants, as well as British citizens, is a moral stain on the United Kingdom. Rebuilding the UK’s immigration system separately from Wendy Williams’ Lessons Learned review, rather than alongside it, would be the final insult to a generation that asked for so little, but gave so much.

Purchase the book The Windrush Betrayal: Exposing the Hostile Environment by Amelia Gentleman for a limited time for £11.75.