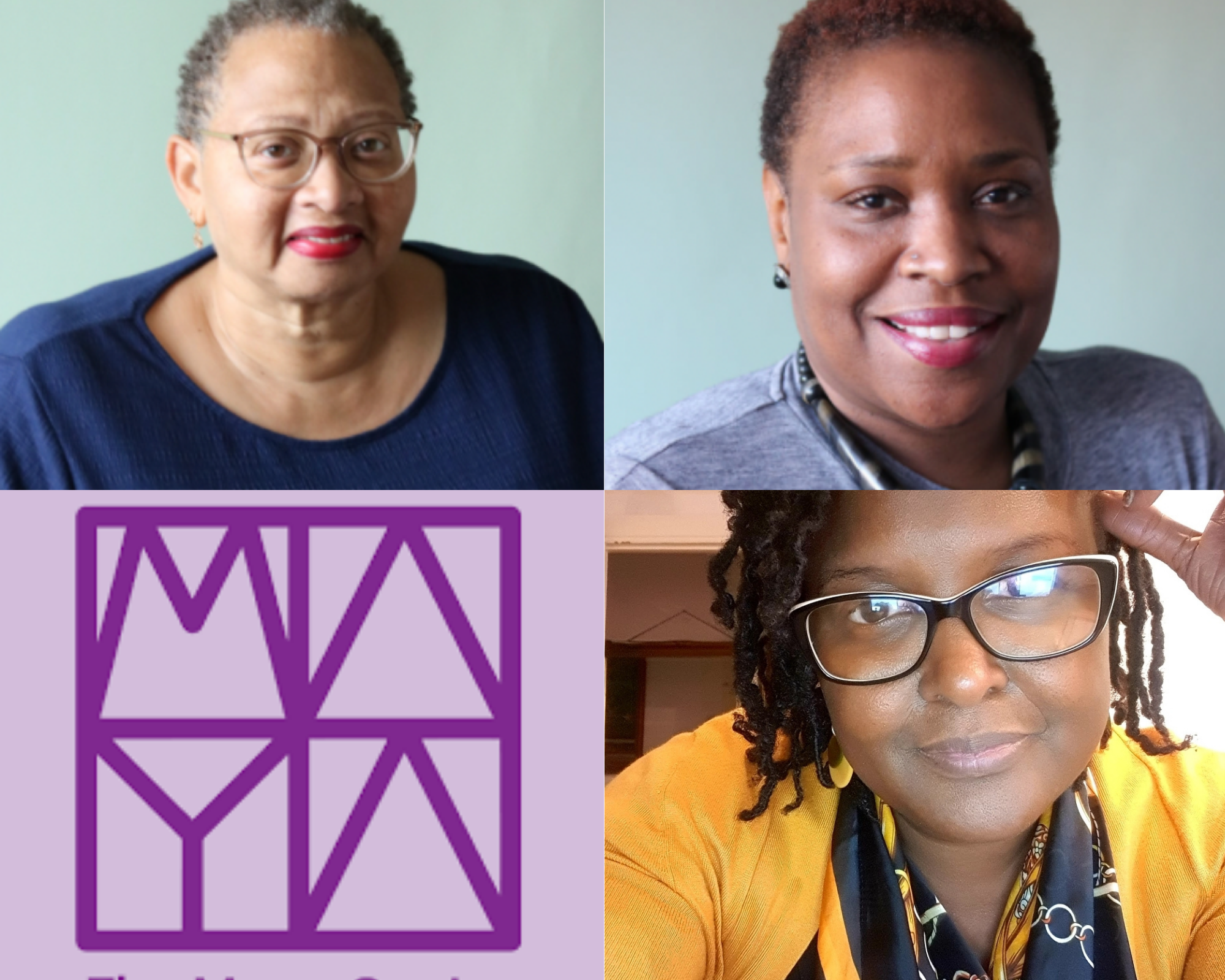 Mental Health Awareness Week in the UK is a powerful opportunity to focus on improving our understanding of emotional wellbeing to create a more tolerant and healthier society. The state of being ‘woman’ and the state of being ‘of colour’ are in juxtaposition to the ideals proposed by the white male norm, leading to a heightened sense of madness as a reaction to the trauma of this ‘othering’.

Feminist and racial scholars alike have tackled the subjects of trauma and mania under this hegemony, as exemplified in Frantz Fanon’s notable Black Skin, White Masks: “The Negro enslaved by his inferiority, the white man enslaved by his superiority alike behave in accordance with a neurotic orientation.”

Here, Fanon frames the experience of racism as one that’s maddening; this is a stance supported by real-world data that reveals that Black people are over four times as likely to be detained under the Mental Health Act than any other race in the UK. Furthermore, women are twice as likely to be diagnosed with clinical depression than men. Despite this insight, Fanon’s framework positions maleness as the default kind of blackness; likewise, mainstream feminism centres white womanhood as the standard, erasing Black women from the mental health discussion both theoretically and practically. Indeed, little data details the multifaceted experiences of navigating society as a Black woman and its psychological impact.

I spoke with three Black women in the mental health field to hear what the professionals had to say about Black women’s emotional wellbeing. I had the pleasure of being in conversation with the Maya Centre’s Melanie Dottin, the centre’s Clinical Director, Emily Lewis, an orthopaedic counsellor and the lead facilitator of the organisation’s Black Women’s Therapeutic Group and Fiona Reynolds, a counsellor-psychologist specialising in loss and bereavement. Established in 1984, The Maya Centre is a community-based mental health and wellbeing charity providing free, culturally sensitive support and psychoeducation to low-income women in Islington, London and surrounding boroughs (Camden, Haringey and Hackney). 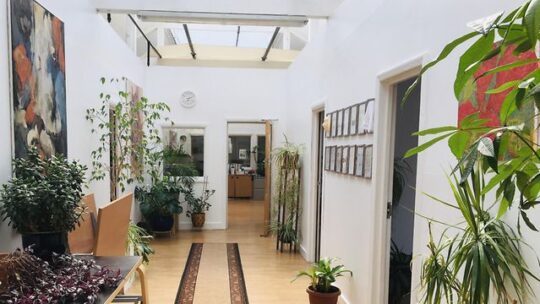 How did all of you get into these career paths? What experiences with mental health did you have prior that made you want to go down this route?

Melanie: People liked talking to me, and people would always tell me I’d make a good counsellor, and so on. So, I was always that person in my family and in my friendship group that everybody would come to. Over time, I came to think about counselling [professionally] and then going to the courses and so on and to pursue that.

I think counselling is a two for one course because you learn about yourself, and you also learn how to support other people.

Emily: My journey was quite an interesting one. My mum’s been diagnosed with paranoid schizophrenia for as long as I can remember, I guess about 30-odd years. Having that lived experience of mental [illness] and trying to understand that as a child was quite difficult. As I grew older, I got more interested and started to research it because I wanted to understand my mum’s behaviours more and be able to support my mum as well. So that led me into the therapeutic space and the support space.

I started off working in schools with ACM. I then went on to working within the mental health field with adults and children, working in hospitals, working in support centres. From there, I went on to work with women who were suffering from domestic violence. Being a supervisor there and through that, I realised that mental health has an impact everywhere. Everybody, every individual, suffers from mental health. It’s about the way we look at it and the way we try our best to understand it and get rid of all the stigma.

I then went through some trauma myself which led me to having counselling, and I would say that the counselling sessions I had, which were only six weeks, changed my life. It saved my life. And then I thought, yeah, I want to give back. So, I went and studied counselling, and it led me to starting my own practice and doing a lot of work in the community, especially for Black people and people of colour.

Fiona: Way back in the eighties, I was working with a local authority. I was working with the homeless. It was always so… so evident, the imbalance that was not just in the system but out in society as well. Huge numbers of young black males and females were coming into the homeless persons’ unit. They were either made homeless because they had mental health issues or, because they were homeless, their behaviours changed [and] their way of living changed their ability to take part in life.

They became targets and were often sectioned, were often imprisoned, and from that point, decreed as being a “mental health problem”.

Their behaviour was very often different as it was culturally different. So, it’s a lack of understanding from way back then that still, in my opinion, hasn’t changed much. We have different behaviours, different ways of speaking, different ways of expressing ourselves; this is considered [to be] unacceptable, [to be] not conforming to society.

What are the key issues you come across among clients within your practice, i.e., the most prevalent reasons for their mental health traumas?

Melanie: In terms of the women who identify as Black that come to our Black women’s therapy group, for individual counselling and also art therapy, it’s a mixture. I would say, in the top three: domestic violence, historic child sex abuse, and maybe isolation, with other socioeconomic problems.

Emily: I would also add anxiety. There’s quite high anxiety: not being able to socialise, not wanting to leave the house, feeling isolated. The loneliness is a major thing because what we’ve noticed after two years of the pandemic [is that] a lot of people’s lives [have] changed.

Melanie: So, The Maya Centre provides a space for minoritised women (though Black women are the focal point of today’s discussion, the organisation serves all vulnerable women in the local area). Women can come and have a space and be seen and heard. For some women, they can have that delivered in their mother tongue.

Yes, because The Maya Centre currently delivers services in *14 different languages, which is useful for, as you say, isolated women who may not be fluent in English.

With this consideration, I wanted to speak about contexts outside of the UK. Fiona, you grew up in the Caribbean, between Jamaica and St Lucia. How did gender inform mental health in those Black majority spaces?

Fiona: My lived experience from child[hood] to adult life speaks to what I’ve witnessed, where women are so multifaceted. So, in the workplace, you can have a powerful woman. You can have a woman who is leading and strong, for want of a better word, yet, at home, she has no voice, has no face even. [She] just has a place to be, to do, and no sense of self about who she really is. And this, I think, comes from expectations that are imposed upon them, generationally — that this is how it should be, this is how you are meant to be. And what I have witnessed, as I’ve come over and started working here, is that this [sentiment] is all carried forward into the smaller (Black British) communities.

Linking this to the [phenomenon of] isolation Melanie and Emily were referring to, many of the women feel isolated because they don’t know that it doesn’t have to be like this. Even in a bigger country where there should be access — greater access, greater understanding, greater knowledge — it’s too much for them to unlock that cage that they have been put into, in their mind as much as socially. So, it’s a lot for them to step out and declare, ‘I don’t feel right/ I need help’, because the persons they’d be turning to are the ones who have the keys to the cage. That’s a huge barrier for them, a tremendous barrier.

I came across a statistic from Sistah Space that said that 86% of women in the UK of African and Afro-Caribbean descent have experienced gender-based violence (GBV) or know somebody that has. That’s well above the average across women as a whole.

What is the Maya Centre doing to address these very race and gender specific issues that affect women of colour, Black women especially?

Melanie: One of the things we’re doing is delivering psychoeducation workshops because therapy isn’t the only pathway to healing. For a lot of women who may not really have a psychological language, therapy might not be a step that they’re ready to take. I recognise that therapy really requires a level of vulnerability and to be able to trust and to risk putting your trust in someone where you’ve been let down by a lot of people, maybe the people that are closest to you, that should have loved you the most, should have cared for you, and now you’re going to have to ask for help to begin the healing process. You might not even recognise that you need to be starting a healing process, and psychoeducation is a way to begin that process, but it’s gentler. It might cover just a specific topic like grief, loss, self-esteem, and wellbeing. Those are the kinds of things that we’re doing at the centre to extend our reach.

We also have a community hub that starts in June, and then we will have community navigators who will be going out into the community to support women and inform them of the services that we have on offer.

We are doing a lot of work to make sure that the Maya Centre is a place where women know that they can come for support. They know that if they don’t speak English, they could very possibly have someone who can support them in that way. Black women have the Black women’s group that runs twice a year; we have Black therapists. If a client wishes to be seen by Black therapists, they have that.

It’s also important to note that even from other communities, like [South] Asian communities, sometimes those clients don’t want to be seen by Asian counsellors, so that happens as well. We must be very mindful of what the woman herself wants for her healing.

And then sometimes, once they’ve done psychoeducation or art therapy, they can scaffold their way up into therapy. The community hub is going to be key to that.

This is an abridged interview.

For the full breadth of services at The Maya Centre, click here.

Written and conducted by Hannah Uguru. She is an award-winning writer who is passionate about discussions centring Black Women and the nuances within this identity. Connect with her on Instagram and on her blog.

All images courtesy of The Maya Centre.