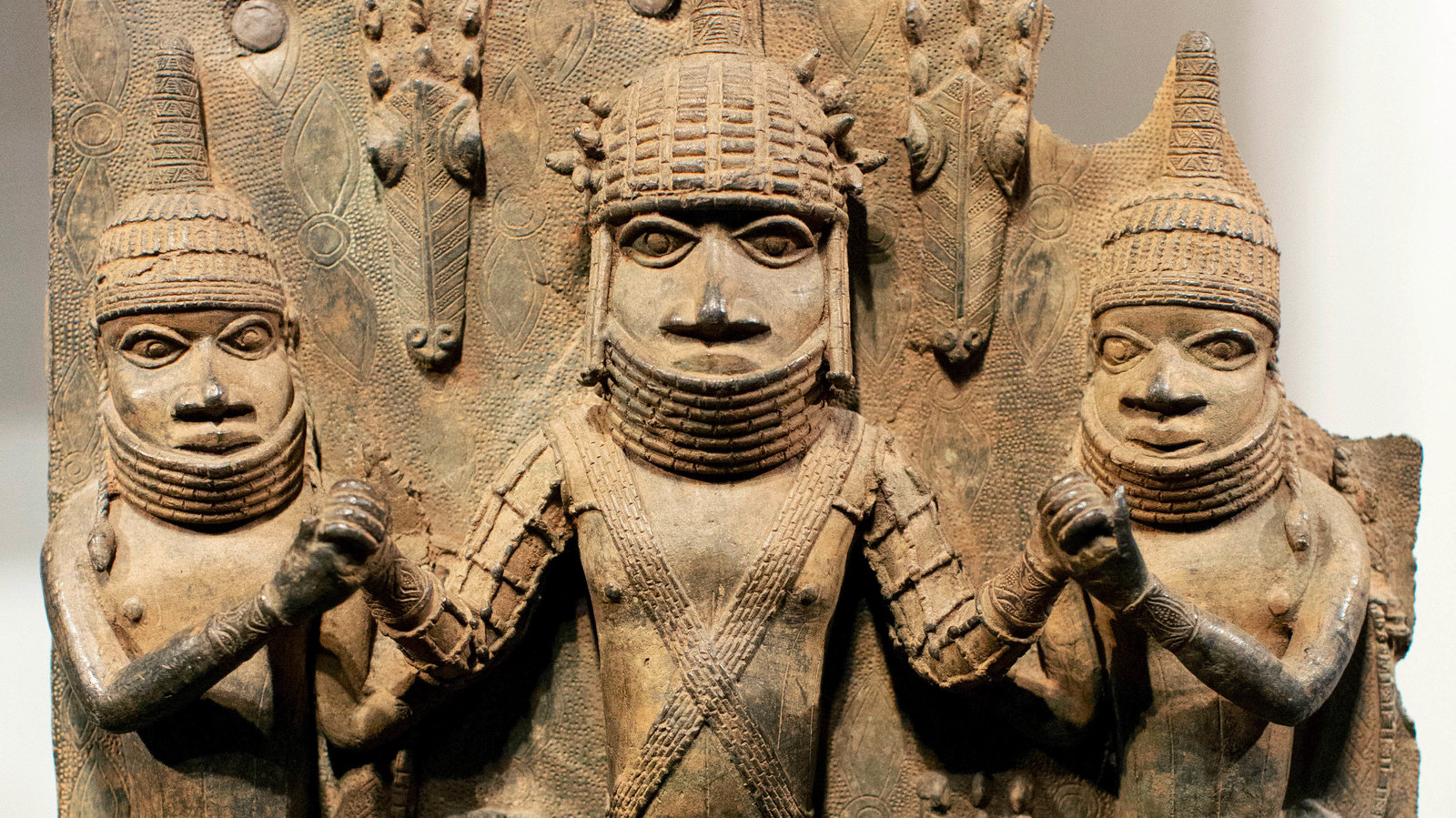 The fight for control of Africa’s art objects is one of the most hotly debated topics in today’s art world. Museums in London, Paris, New York and across the Western world hold some of Africa’s most treasured artifacts, despite calls from African politicians, artists, activists and scholars to return the objects that were originally stolen during slave trade and the colonial period.

A major exhibition on life in the Sahel region before and during colonialism that opened at the Metropolitan Museum of Art in New York City on Thursday (Jan. 30) raises the issue again even while also placing the region’s crucial contributions to the modern world at the forefront of one of the globe’s most visited museums.

With more than 200 works of art made from clay, iron, gold, wood, stone, ink, cloth, and more ranging from more than 2,000 years ago to the early 20th century, “Sahel: Art and Empires on the Shores of the Sahara,” which runs until May 10, is the largest exhibit on the Ghana, Mali, Songhai, and Segu empires.

Conceived in part to counter contemporary narratives of violence and insecurity that Mali, Burkina Faso and Niger are facing, the exhibition is an important step towards building a more comprehensive and accurate view of world history, which is a prerequisite for dealing with today’s challenges both in the Sahel and abroad.

“The exhibit forces us to ask, what is the legacy of this long history? How has it been affected by colonial and post-colonial legacies?” said Dr. Mamadou Diouf, director of Columbia University’s Institute for African Studies and a consultant for the exhibition. The exhibit implies that looking to the precolonial past can help imagine a better world for the future.

The Sahel at the time of Ghana, Mali, Songhai, and Segu empires was home to dynamic and flourishing societies with expansive trade networks that became abundantly wealthy centers of learning and exchange, as well as of warfare and slavery. Colonialism and its myriad legacies impeded and erased these histories both in West Africa and abroad.

These erasures began with a conscious effort to attempt to diminish the humanity of West African people in order to justify the transatlantic slavery and later, colonization. They have led to the attempted destruction of knowledge of indigenous systems of governance in favor of European-imposed ones in West Africa.

A number of objects on display recall those systems of governance and ways of life. A gravestone for a queen who did not come to power through marriage or bloodline in Gao, modern-day Mali, in 1119, attests to women heads of state whose stories have been otherwise erased from both oral and written histories. Seated figures sculpted from clay, a medium traditionally associated with women, challenge today’s gender norms that have often excluded women sculptors.

This exhibition is the first of its kind by a major American institution, which illustrates the paucity of international institutional resources dedicated to showcasing art from this region. The Met’s permanent collection of African art (not including Ancient Egypt), for example, is grouped with art from Oceania and the Americas and hosts some 11,000 objects, while its European Sculpture and Decorative Arts collection alone contains more than 50,000 objects.

But Diouf’s questions are also relevant when thinking about the objects within the exhibition. In addition to partnering with national museums and institutes in Niger, Mali, and Senegal, a large number of objects in the exhibit are on loan from French institutions and private collections in Europe and the US. The majority of these objects in these institutions (as well as some in the Met’s permanent collection) were stolen from West Africa during colonization, and have remained abroad ever since.

But calls for the immediate repatriation of looted art, like the 46,000 African objects from the colonial era currently held in the Musée du Quai Branly in Paris, are growing. In a highly publicized ceremony in November, French prime minister Edouard Philippe returned a sword from West African scholar and military commander El-Hadj Omar Tall to Senegal’s current president Macky Sall. French troops had taken the sword, as well as jewelry, manuscripts and other military equipment, during their military conquest of the royal palace in Segou, current-day Mali, in 1890, and Senegal had asked for the return of art objects to be housed in its newly-opened Museum of Black Civilizations.

The exhibition doesn’t address the issue of the objects’ contested status, undermining the implications of Diouf’s opening questions. On display are a handful of ornate necklaces and other jewelry made from gold, silver, and leather, from the same royal palace, on loan from the Musée du Quai Branly. The accompanying description explains that the jewelry was part of “the collective wealth removed from the palace of Ahmadu Sheku in 1890, at the time of French conquest. ” It avoids the active voice, the concept of theft, and the demands for the objects’ repatriation.

Today, the Sahel is threatened by jihadist groups affiliated with Al Qaeda and ISIS, and a flailing and entrenched military strategy led by France. Hundreds of thousands of children are out of school, and scores of people are killed each month. The rising insecurity has ground most archaeological work in the region to a halt, despite the unknown quantity of priceless art and other historical objects lying in the soil.

We sit down with KOL Social Founder, Marcia Degia, who explains her inspiration behind her culture and lifestyle magazine

“If my mother contracted and died of the virus, I would not be able to forgive both myself and her for not working through our relationship”