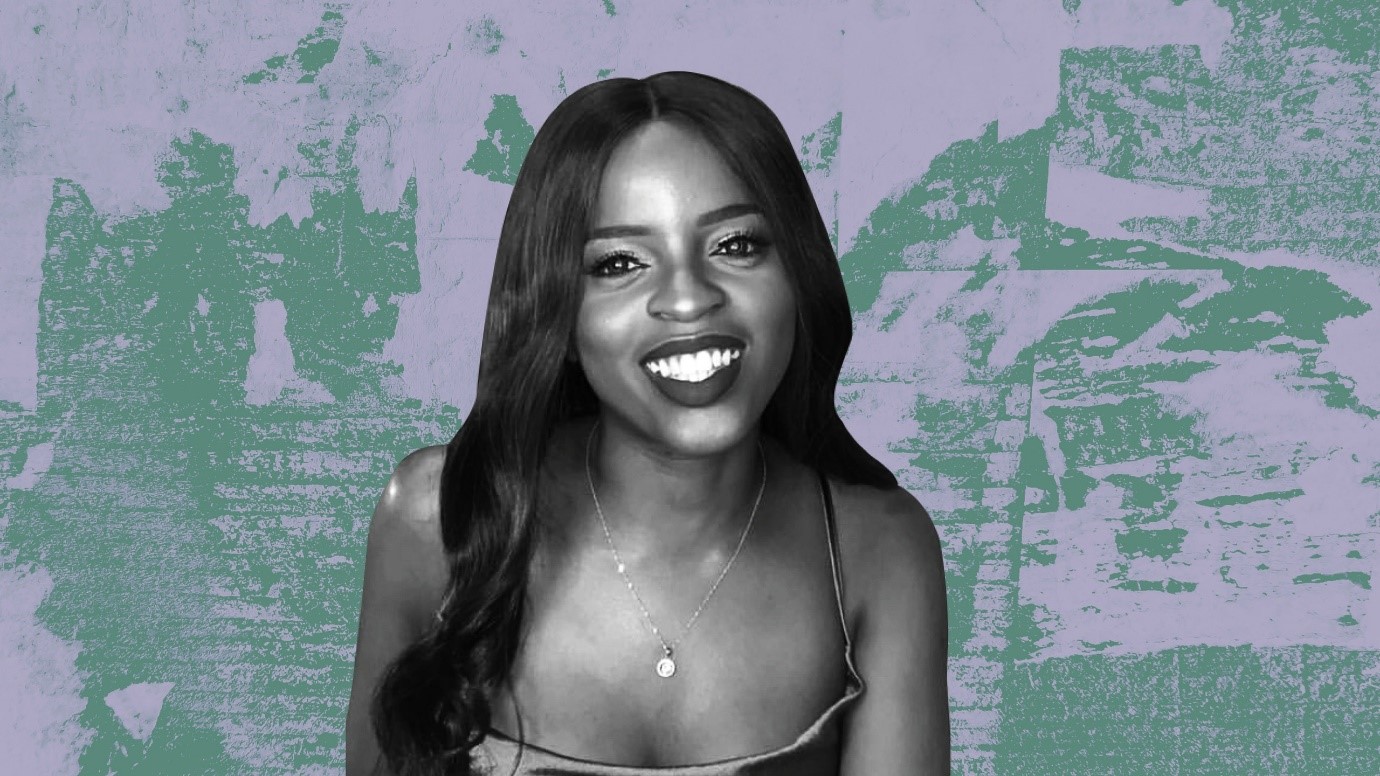 Even if you aren’t on TikTok, you’ve likely seen the #DontRushChallenge in some way, shape, or form. The video concept follows a group of friends virtually “passing” a makeup brush from one to another, where they go from bare-faced to full glam in seconds. The challenge—named after the song its set to, “Don’t Rush” by Young T and Bugsey—has been replicated by everyone from beauty bloggers to drag queens. New York City’s essential workers even shared their own version of the video. It’s easy to see why the format went so viral. It’s strangely meditative to watch person after person transform before your eyes, and you can’t help but feel the positive energy radiating off each participant as they pose and show off for the camera, clearly feeling their look.

But the co-creator of the challenge, 20-year-old Toluwalase Asolo, a college student in the U.K., never intended it for it to become global sensation. She and her friends just wanted a moment of togetherness in a world where they suddenly felt isolated.

On Friday, March 22, Asolo and her girlfriends—Victoria Penn-Timity, Oyindasola Oladimeji, Sylvia Kitenge, Ferani Oyelade, Arielle Neely, Anu Asekun, and Aderinsola Oladimeji—found themselves getting ready to leave the University of Hull. The women would be heading back to their respective hometowns to self-isolate for an indefinite amount of time due to health concerns surrounding COVID-19. This, of course, was a stark contrast from what they’d normally be doing on a Friday night—getting ready to go out—and they wanted to keep the tradition afloat. So instead of doing their makeup together, they each filmed themselves from their separate dorm rooms.

“My friend Victoria created the blueprint of the idea, and we all worked together to improve and execute it,” Asolo tells Glamour. “We had so many plans for the rest of the year, but obviously couldn’t do them anymore because of corona. So we figured we’d do something positive—like a last rodeo before we all headed home.”

The video, posted on Twitter, has now amassed more than 2 million views and thousands of spin-offs on TikTok and Instagram, where it’s become a symbol of unity and celebration of black beauty. “I think in the midst of all the negativity and stress the world is currently under, it’s important to stay positive and to encourage and uplift each other in any possible way,” Asolo says. “It’s easy for people to lack motivation to do anything and be sucked in by idleness and boredom. Through this, people are motivated to join in on the movement by putting in effort to bring their friends and family together, enjoy the process of filming, as well as feeling empowered in such a helpless time.”

Asolo also sees the challenge as a form of self-love, or as she puts it, an act that “cares for your mind, body, and spirit.” In her case, she says it helped her mind ease anxieties and boredom; it made her feel more comfortable sharing her “plain, basic self on the internet,” and lastly, it boosted her spirits by making her “feel closer to everyone” during this time of isolation.

In a society that often shames women for both not wearing makeup and wearing too much of it, showing both your raw, natural self and your most glam self is almost a radical act, something that isn’t lost on Asolo. “It’s breaking the whole misconception of ‘women are only pretty with makeup on,'” she says. “An important takeaway from the challenge is embracing what we consider ‘flaws,’ and seeing the beauty and distinctiveness in [both ends of the spectrum].”

These beauty standards are often harshest for women of colour, which is why Asolo has been so thrilled with the number of black women who have made videos nodding to their vast heritage and interests. “Black women are now being celebrated, and its been an honour to play a part in that,” she says.

Another issue black women face as content creators is not being properly credited, especially when it comes to viral trends. While not everyone is tagging Asolo and her friends, she says a large majority of people who have been participating in the #dontrushchallenge have given credit where credit’s due. Even extremely high-profile bloggers like Jackie Aina—who Asolo was most excited to see join in—have been careful to shout out its creators.

While Asolo is grateful for the recognition, it was always about more than racking up views. “Honestly, what I want everyone to take away from this is that I want people to love themselves for who they are,” she says. “Not what social media says we should be.”