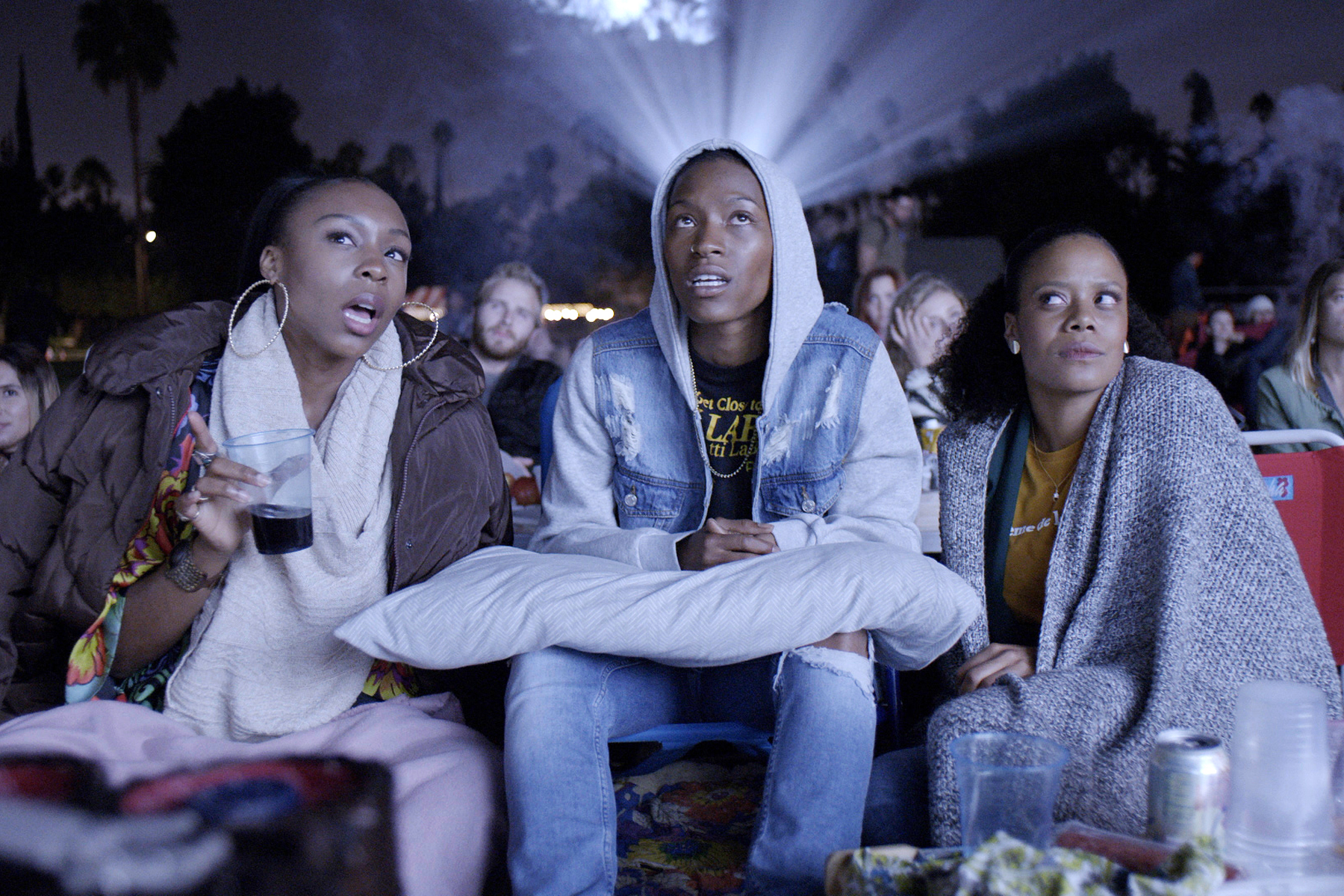 Written and created by Lena Waithe (Master of None, The Chi, Queen & Slim), the series follows an aspiring young black lesbian writer, Hattie (Jonica T. Gibbs) as she tries to figure it all out in Hollywood.

It took winning an Emmy for Lena Waithe to prove there was room in Hollywood for stories like hers.

Three years later — and given the dozen-plus TV and film credits she has racked up since — the biggest question is: Why was there ever any doubt?

“There’s a sea of us,” Waithe said. “There’s so many of us out there and people just act like we don’t exist.”

True as that may be, there seems little danger now that anyone could overlook Waithe herself, who since winning that Emmy has been attached to one high-profile project after another. But about a decade ago, when she was first trying to make it as a queer writer of colour, her personal story was a tougher sell.

In that light, her new series, “Twenties,” isn’t only the fruition of a dream several times deferred, it also underscores how much has changed since she first tried to get the series made.

“This is the first time a masculine-of-center black woman has been the center of a show on prime-time TV.”

The series, a half-hour comedy, a concept Waithe now 34, had been working on since her early 20s.

Like that younger version of Waithe, the lead character, Hattie, is a 24-year-old aspiring television writer (played by the newcomer Jonica T. Gibbs, who often goes by Jojo). Hattie’s life in many ways resembles Waithe’s early years, during which she worked under the directors Gina Prince-Bythewood and Ava DuVernay, and under Mara Brock Akil, the creator of shows like “Being Mary Jane,” “Girlfriends” and “The Game.”

In the background during those years, Waithe was writing “Twenties.” In 2014, while she was a staff writer on the long-running Fox drama “Bones,” she shot a pilot presentation for “Twenties.” But back then she couldn’t get the show off the ground.

Then came the Emmy, which she won in 2017 for co-writing an episode of Netflix’s “Master of None.” (She shared it with the show’s creator and star, Aziz Ansari). The award made her the first black woman to win for best comedy writing — for an episode in which she plays a version of herself.

In her acceptance speech, she thanked her mother for the inspiration and wore a bow tie with a bespoke suit from Alba, a designer who largely outfits professional black athletes.

The Emmy served as Waithe’s Hollywood calling card. Showtime bought her series “The Chi”; Season 3 is debuted this summer. Her screenplay for “Queen and Slim” was made into a major motion picture. She also has a role in Season 3 of HBO’s “Westworld,”. Multiple other projects are underway.

For much of that time, “Twenties” languished. TBS shot a pilot in 2018 but ultimately passed. Hulu asked for a second episode but also failed to pick it up.

Waithe was already working with BET on an adaptation of the 1992 film “Boomerang” when the network offered her full creative control over a production of “Twenties.” The series would join others like HBO’s “Gentleman Jack,” Showtime’s “Work in Progress” and the CW’s “Batwoman” in its focus on a female lead who eschews conventional gender norms.

But “Twenties” would be the only one in which the protagonist was not white.

“It’s so completely original,” said Scott Mills, the president of BET Networks. “Not on any network has there been a lead character who presents the way Jojo and Jojo’s character presents.”

Enough had changed since Waithe first conceived Hattie that it didn’t make sense anymore for her to play the role: She had no desire to play another fictionalised version of herself, she said, and anyway she’s in her mid-30s now. “Twenties” had been created to convey the messiness of a distinctly different time in Waithe’s life.

“You kind of get a pass, for some reason, if there’s a two in front of your age,” Waithe said. “That, to me, is where you can really decide ‘fight or flight’: in your 20s.”

Bringing the story into the present day had also changed slightly the terms of its protagonist’s struggle. “Look, we are living in a new black renaissance, OK?” Gibbs’s Hattie complains in one of the show’s many moments of self-aware comedy. “I’m black and I’m gay. Hollywood should be knocking down my door!”

Waithe said she had lucked out with Gibbs, a stand-up comic who was attempting to crowdfund a web series when Waithe found her. She donated to her Kickstarter fund and then set up a call, eventually asking Gibbs to audition for the “Twenties” pilot.

Gibbs reminded Waithe of her younger self, Waithe said, “all wide-eyed and giddy.” She plays Hattie with a keen sense of timing and affable affect as she responds to absurd interactions in a world that still doesn’t know what to do with women like her — women like Waithe.

“She was a little green but reminded me of myself when I walked into the casting room for ‘Master of None,’” Waithe said of Gibbs. “And to me, it was so blatantly passing the torch and saying: ‘Now it’s your turn. I get to give you an opportunity and now your life gets to change.’”

For the talent behind the camera, Waithe brought in the veteran showrunner and executive producer Susan Fales-Hill, who wrote for “The Cosby Show” before show running the spinoff “A Different World.” Waithe wasn’t absent from the production, though — she just needed what Fales-Hill called “a midwife.”

Waithe vetoed story lines she didn’t approve of and took passes on every script. She stacked the writers’ room with people of colour — many of them women, many of them queer — and she was on set as much as possible.

“That’s part of why we wanted to be in business with Lena, because we wanted somebody who was going to bring such a fresh, original perspective,” Mills said. “We knew that if Lena had a great experience with BET that it would really send a message to other cutting-edge creative professionals — and that was really important to us, too.”

Waithe said she was happy to be a part of that black renaissance Hattie talks about in “Twenties.” She called it a “resurgence” that has happened since she started dreaming up the show roughly 10 years ago.

“But obviously the world really wasn’t ready yet — who knows if they’re ready now?” she added. “I think so. We’ll see.”