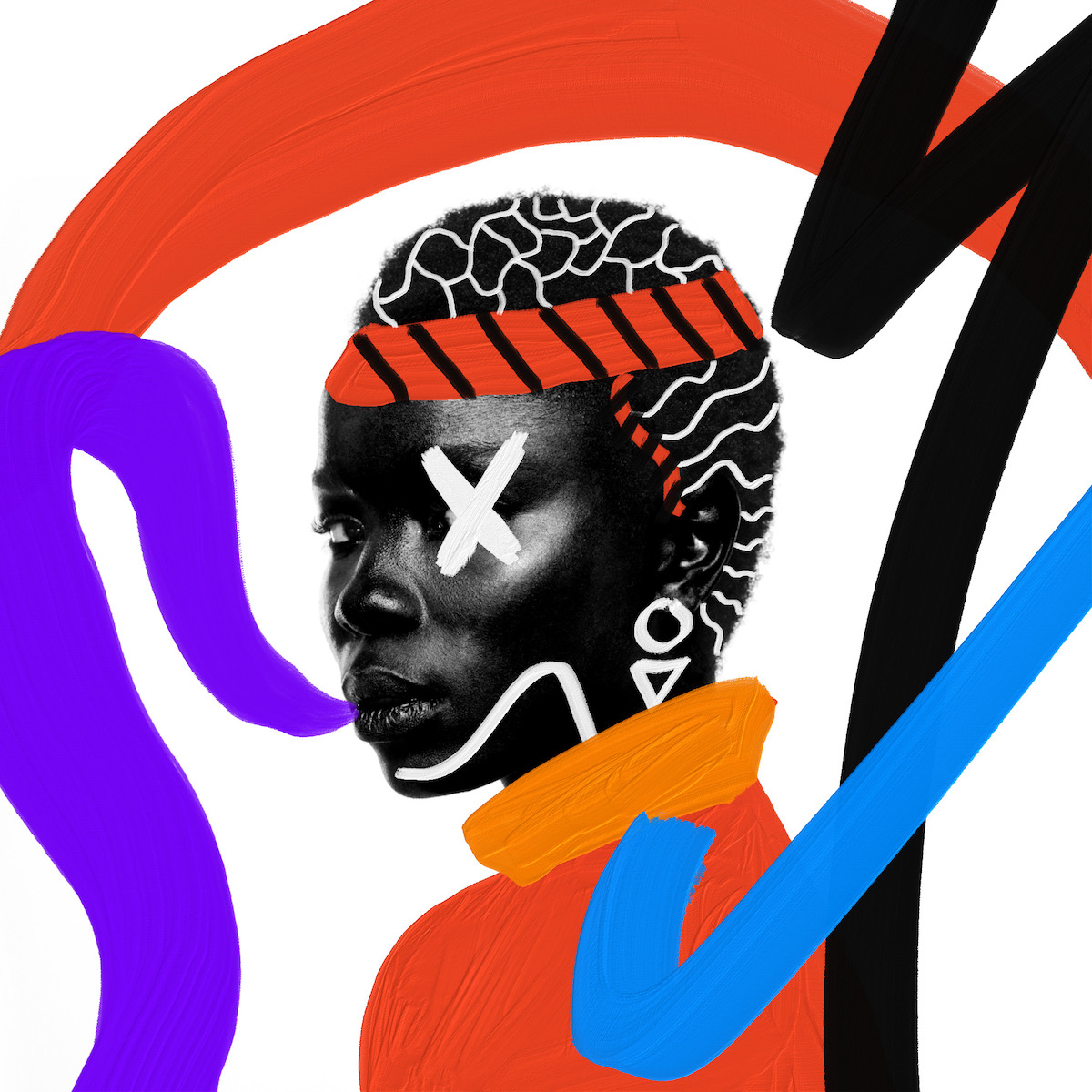 A recent mass exposé of prominent accounts on #UKBlackTwitter has been causing a stir on the platform. The specific tweets won’t be mentioned here, as many were truly disturbing in nature. They consisted of a barrage of attacks on black women, particularly dark-skinned black women. This was in addition to other extremely crude remarks relating to sexual violence, from teenaged girls and grown men alike. The dates of the derogatory comments range from 2010 – 2016, the so-called ‘golden age’ of twitter, according to those with a vested interest in maintaining a space to openly practice misogynoir. To get a better awareness of some of the actual tweets in question, please be directed to videos by content creators such as Jamellagotthejuice and Murad Merali, where they are referenced and discussed at length.

Against the backdrop of this controversy, a conversation regarding what ‘cancel culture’ has evolved into and which individuals are actually being cancelled needs to take place. Indeed, the modern phenomenon of ‘cancel culture’ remains the bogeyman of social media, except when it comes to black women.

Social media personalities such as Nella Rose and Only Bells have been run off social media for their past comments. Conversely, men such as Tion Wayne, Headie One and several other highly visible black male accounts, with a digital footprint steeped in anti-blackness and misogynoir, remain at large.

On the day Nella’s tweets resurfaced, she lost nearly half of her Twitter following (dropping from 107.3k to 61.4k) in a matter of hours, before eventually deactivating all her social media accounts. Her crime? Saying black girls shouldn’t wear weave or blush at the age of 15. Now, of course, I don’t condone this type of commentary in any capacity. I think it’s essential to hold people accountable for anti-black ignorance they project onto others, whether it comes from a place of internalised discrimination or not. However, I maintain that the messenger is just as important as the message. Therefore, I certainly do not appreciate this young black woman becoming the face of a community discussion on colourism, misogynoir and anti-blackness when her tweets did not hold the same level of hate and aggression as those from other perpetrators.

This is especially true when you consider that Nella is a darker-skinned black woman herself, a girl at the time, who was most likely parroting the abuse that she received herself, given the position she occupies in this society. This stands in absolute contrast to black men using their closer proximity to the white male norm, via their male privilege, to publicly degrade black women daily, as was common during this period.

Some of these men were still men at the time, making tweets which trivialised and mocked, black women, dark-skinned women, sexual abuse and domestic violence, yet are still afforded the grace for growth and reflection. On the one hand, this is understandable.

We’ve collectively grown accustomed to expect less in terms of morality from those in more privileged positions. Just as colourism is more hurtful when it comes from another black person, misogynoir can cause greater pain to black women when it is enacted by another black woman. So, in turn, we are quick to villainise the more socially oppressed due to feelings of shock and betrayal.

Furthermore, a number of these men have been exposed for their rampant misogynoir before, so it is very likely that those who would disengage with these individuals have already chosen to do so. This is a key element that needs to be considered here.

But while these factors may all be valid, the irony of how this situation has played out cannot be ignored. Just as dark-skinned black women faced (and continue to face) the brunt of misogynoir, they are now encountering the full force of the social media backlash. The conversation initially began in response to accusations of (yet another) prominent black male account on Twitter being violently anti-black in the past (which the man in question repeatedly denied until screenshot evidence was produced).

So why was a black woman, who falls on the darker end of the shade spectrum, subject to the most abuse over controversy which she would have been the principal victim of?

It seems as though I was not the only person who was questioning this, as focus quickly shifted from Nella Rose to another prominent black (lighter-skinned) female influencer, Only Bells. My thoughts on the public response to Only Bells are of course complicated, given the severity of her comments. But something is not sitting right with me regarding how she’s been dealt with, in comparison to the older men who made similar, or even more violent remarks.

While her tweets pertaining to sexual violence and colourism were indeed heinous, I do sustain an acute awareness of the misogyny at play here. It’s as though once an understanding of the paradoxical nature of Nella’s backlash gained traction, Only Bells was used as an insert to fill the void. As a light-skinned black woman, Only Bells comments should rightfully come under greater scrutiny. She indeed used her more privileged position within this pigmentocracy to further marginalise a demographic which she saw as socially below her, in order to prop herself up.

This is something which she must take full accountability for. Furthermore, the ‘jokes’ she made about sexual violence in her mid-teens were inexcusable, even if they were part of a ‘timeline game’, as she claims. But having said this, I have first-hand experience of hearing teenagers make these sort of ‘jokes’ for the sake of a reaction, during secondary school.

I am never one to dismiss valid outrage with the ‘we’ve all made mistakes before’ line, but having witnessed the kind of toxicity teenagers can project myself, I am wary of those who are acting utterly dumbfounded regarding the psychology behind this behaviour. When you consider how baneful Twitter was (and still can be) as a platform, it is less surprising how an arena for this type of conduct to happen regularly was present.

Many people who remain highly problematic to this day are very lucky that they have either deleted their tweets or did not have a twitter account to voice such disturbing thoughts in the first place. While we may be living in a new #blackgirlmagic and #melaninmagic era on the surface, I believe that many individuals are not sincere in their praise. Instead, some have just latched onto popular language and work created by black feminists and womanists, to fit today’s status quo. Others have, alternatively, found new ways to express misogynoir and blackness, in the form of more covert ‘jokes’ and ‘observations’.

This leads me to my final point.

To me, it seems as though the individuals who are genuinely sorry are facing more backlash than the those who aren’t.

As aforementioned, perhaps some reasoning behind this can be portioned to matters of expectations, especially given that Only Bells had a large black female following.

But on the flip side, don’t the high expectations for these particular black women (as they were not the only black women exposed, just the most prominent) indicate a sign of changed behaviour? As others have said, Nella is now the literal embodiment of the things she was criticising a few years ago. Her fanbase is black women, her content relates to black women and she herself is a black woman. I believe the same can be said for Only Bells, although I must reiterate that her tweets were very grave in nature and her social positioning is not the same as Nella’s.

But with this said, I am dismayed at the fact that these seem to be the only two individuals out of this whole debacle who have been ‘cancelled’.

Some people are beyond saving, moreover, it is never the duty of the offended to accept an apology, no matter how ‘sincere’. But if these types of revelations are ever to evolve beyond a witch-hunt against some of the most vulnerable demographics in the name of ‘justice’, an opportunity for real accountability, growth and self-reflection needs to be afforded to those same marginalised people who have shown genuine remorse.

Written by our new resident contributor Hannah Uguru – Hannah is an award-winning writer who is passionate about discussions centring black women and the nuances within this identity. Connect with her on Instagram and on her blog.