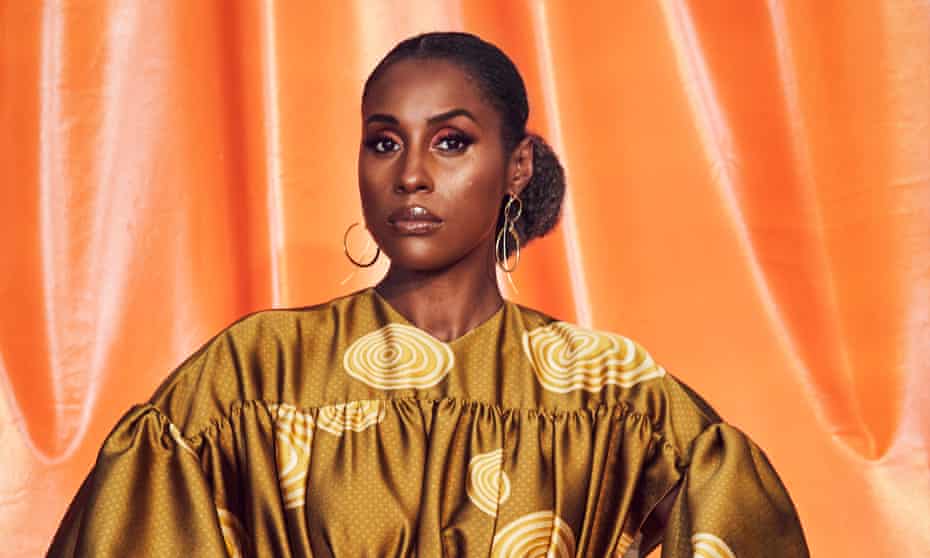 Issa Rae stands in front of her filmmaking peers, dressed in a white power suit as she accepts the Emerging Entrepreneur Award at the 2019 Women In Film Annual Gala. Her viral acceptance speech is as expected – rife with comedy gold, with Rae channelling the energy of her favourite rappers, faux cocky and swaggering, with the entire thing unfolding like a skit from the show that won her the award. Insecure, the hit show written by and starring Rae, has been touted by critics and fans alike as a cultural milestone for television. An adaptation of her acclaimed “Awkward Black Girl” web series, Insecure presents a narrative rarely seen when depicting Black Women on screen; the main character is at turns painfully awkward, intelligent, and exceptionally complicated. With the show, and its mainstream success, a new type of Black Woman is introduced into the mix of character archetypes we see available to writers.

Black Women, no matter where they are, have often had to work harder and create their own nuance as opposed to their white or male counterparts to be seen with any depth on screen. At the very worst, her aesthetic is duplicated and mocked in popular culture, with videos of content creators delivering hyperbolized performances of Black Women in a variety of situations often going viral. We have all seen the ghettoising clips of (usually men) donning wigs and fake nails, talking in an affected Blaccent for the purposes of supposed comedy. When this ghettoising caricature is not being adopted, the Black Woman is portrayed as hyper-masculine and unbreakable.

The Olivia Pope’s and Annealise Keating’s of popular culture created a newer archetype for audiences to enjoy, of a Black femininity that was fierce if not also arguably two-dimensional and dehumanizing. Examples of an untouchable, markedly intimidating TV heroine, both Keating and Pope spent years on our screens seemingly confirming that if Black Women were not ghetto, they were inhumanly “strong”.

Intelligence is a descriptor that we see reserved for the white archetypes, with nerdiness on screen being explored primarily in relation to whiteness.

Through the creation of a Black female character who is complicated, intelligent, but capable of awkwardness and mess, Insecure brought to the forefront a shift in the character profiles we see on our screens, and it is one that is long overdue. One of the biggest problems with the ghettoised Black Woman caricature is that it operates mainly on the colonial belief that Blackness equates to a one-dimensional experience. Variation is a standard whenever discussing Eurocentric experiences; it is assumed that interests, ambitions, priorities, and personalities will vary from person to person. A white character on screen can be loud, quiet, attractive, unattractive, nerdy, or cool, and as consumers, we accept that. So why is it that we immediately take notice when a Black Female in television or film is the smartest person in the room? Why are portrayals of Black Femininity in films like Hidden Figures so rare?

Though small, we are seeing more and more examples of the intelligent, nerdy Black Woman. More recently in Marvel, Spiderman’s love interest, MJ (Michelle Jones) is played by Zendaya, a notable change from the previously white actors who played that part. From the minute she appears on screen, MJ’s personality is made abundantly clear; books, facts and sneaky comments serve as the baseline of her character, and she interacts with a markedly different motivation than any other of Peter Parker’s love interests.

Intelligence is a descriptor that we see reserved for the white archetypes, with nerdiness on screen being explored primarily in relation to whiteness. The Big Bang Theory, one of the most popular American comedy series in modern television, screened for 12 seasons without one recurring Black character. When it comes to exploring Science, Technology and Maths, popular culture would have us believe that all great achievement looks one way. The contributions of Black Women have been systematically erased in the field of STEM – from Katherine Johnson and her colleagues, brought to the big screen in the film ‘Hidden Figures’ to Professor Kathleen Okikiolu , a renowned British research mathematician who has won many prestigious awards.

The Black Woman’s work is ripped from our history books when she exceeds the little box society would have her inhabit. Luckily for us though, in real life, the spaces that Black Women are occupying are all encompassing and varying. We deserve to see that in our favourite shows too.

Written By: Ayan Artan is a Somali-born, Leicester-bred pop culture, politics, and culture writer. Her work focuses on critically engaging with intersectional viewpoints, exploring topics such as race, feminine identity and the migrant experience.