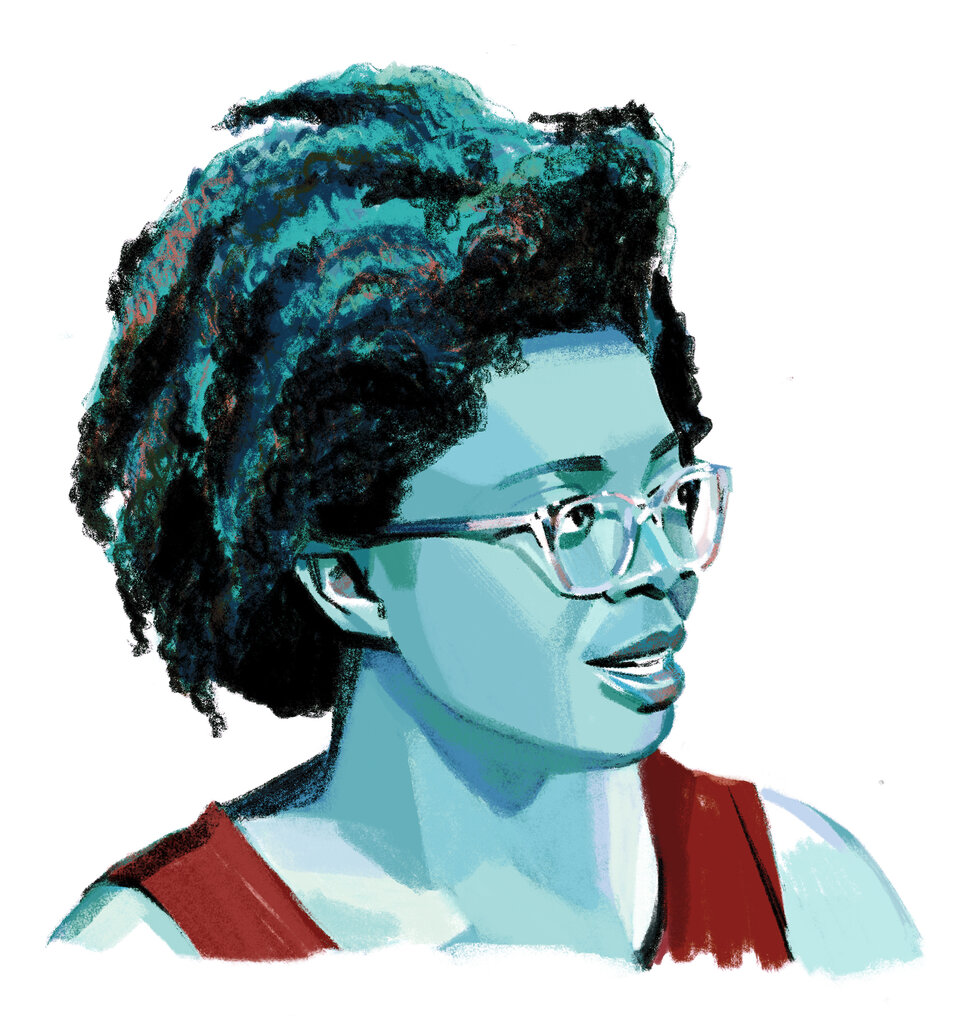 One of the most moving chapters in W. E. B. Du Bois’s collection of essays, “The Souls of Black Folk,” is a fiction, a harrowing hypothesis titled “Of the Coming of John.” It tells the story of two young men bound by the same first name. John Jones, an African-American full of promise, leaves the small town of Altamaha, Georgia, to get an education. Years later, he comes home to find himself alienated by his education and limited in opportunity. From the same town, “the other John,” John Henderson, the white, entitled son of Judge Henderson, sails off to Princeton without a thought for his navigation. The two lives, already linked by name, town, and racial system (John Jones’s sister Jennie works as a maid in the Judge’s house), intersect one fateful day, when John Jones discovers John Henderson sexually assaulting Jennie in a wood. Jones kills Henderson, and so leaves town again, for the North. Du Bois forces together these two lives in order to dramatize their bifurcation.

In her first novel, “Homegoing” (2016), the Ghanaian-American novelist Yaa Gyasi brilliantly renewed and expanded the fiction of double lives. While Du Bois treats just two people, Gyasi follows two branches of a family tree, across seven generations. Du Bois confines himself to America, while Gyasi’s novel makes a double-chambered form for the hybridity of African-American history, moving between Ghana and the United States, from the late eighteenth century to the present. Though fiercely eloquent, Du Bois’s story doesn’t pretend to be more than a kind of sermon, an allegory of perpetually sundered white and Black fortune. Gyasi’s novelistic enrichment lies in the way she grounds her tale not in stark difference but in uneasy similitude. The two bloodlines she traces descend from the same Ashanti mother: one daughter, Effia, marries a British soldier stationed in Ghana, and lives with him in the Cape Coast Castle; the other, Esi, is sold into slavery and shipped to America. The novel’s alternating chapters illuminate the various fates of the descendants of Effia and Esi. Different fortunes, even different races, are seen to exist not on different tracks but within one large family; and the knowledge that this is indeed one large family, brutally and unnaturally cleaved, exerts a pressure of completion on the novel’s plot, a happy ending that we feel throughout to be inevitable. Sure enough, in the last chapter of “Homegoing,” set in the present day, Marcus and Marjorie—one a descendant of Esi’s, one of Effia’s—meet at a party at Stanford. Together they return to Ghana, and visit the Cape Coast Castle: the bloodline is finally going home, even if it is unlikely to stay there.

Gyasi’s second novel, “Transcendent Kingdom” (Knopf), is a very different book, and, I think, a better one—contemporary, personal, acutely focussed on a single family, and intensely felt, where her début was wide and symphonic, its sympathies scored for many parts. This novel is narrated by a twenty-eight-year-old Ghanaian-American named Gifty, who, like Marjorie in “Homegoing,” has a Stanford connection and grew up in Huntsville, Alabama. (Gyasi herself was born in Ghana, grew up in Huntsville, and went to Stanford.) Gifty is a graduate student in neuroscience. In her Stanford lab, she works on reward-seeking behaviour in the brain: she studies why some mice persist in pressing a lever that they hope will provide them with a sweet hit of Ensure even when they are likely to be repaid by random electric shocks, while other mice apparently learn their lesson and desist.

“Transcendent Kingdom” quickly falls into a back-and-forth rhythm of present and past. In the present, Gifty struggles to rouse her afflicted mother, tells us about her work, socialises with friends and colleagues. But the emotional undercurrents of her life are always pulling her back to Huntsville. The two characters at the heart of the novel, Gifty and her mother, nicknamed by her daughter the Black Mamba, are at once blazingly interesting and, by authorial design, frustratingly opaque, for both are studies in repression. Gifty’s mother, a Ghanaian immigrant, has a wary resistance to things American, and a tense anxiety around questions of intimacy and self-knowledge. As a remembered character—as the young mother of two children—she is captured by our narrator in abbreviated moments and episodes, stray sayings and opinions. She is certainly the novel’s central triumph, though she is always wriggling to the side of the narrator’s lens—in part because her long hours outside the home (she works as a caregiver for two other families) mean that she is rarely with her own children. Her mother became the family’s only parent and breadwinner after Gifty’s father abandoned them to return to Ghana.

The Black Mamba is also temperamentally elusive; Gifty can’t decide whether her mother is cruel or not. The woman certainly isn’t inclined to the soft overparenting of the West. (Gifty recalls, “I’d spent my whole childhood slipping teeth under my pillow at night and finding teeth there in the morning.”) When her children tell her they don’t believe in ghosts, she chides them for becoming too American. Robustly animistic, she disdains therapy and considers mental illness an invention of the West (“along with everything else she disapproved of”). Her faith, performed with relish at a local church, is a mixture of Pentecostal Christianity and old-country optimism: “Bring on the speaking in tongues, the signs and wonders. Bring on the witch doctor, too, if he cares to help.” Gifty notes that when her mother talks to friends on the phone in Fante she becomes girlish and gossipy; in English, she is meek and halting. What Gifty’s mother really desires, what makes her happy, remains unclear; life is generally too tense for the relaxation of self-expression or self-exploration.

The novel is full of brilliantly revealing moments, sometimes funny, often poignant. When Gifty is asked by her science teacher to buy corn syrup for an experiment, her mother complains about the expense. But when the teacher, hearing about the complaints, finds a free bottle for Gifty in her storage closet, the Black Mamba erupts in shame and yells at her daughter to “take it back, take it back, TAKE IT BACK.” When Nana’s gigantic adolescent appetite threatens the straitened domestic budget, the Black Mamba waters down the orange juice and hides food around the house.

One of the most interesting aspects of this novel is, in fact, that its narrator is not an especially sympathetic character. Gifty, whose repressions and cruelties eerily mirror her mother’s, isn’t by any means a systematically unreliable narrator, but she is unreliable enough to remain provokingly vital. That her rigid self-fashioning represents an escape from grief is something that she acknowledges; the subtle question the novel raises is what unacknowledged shame she is also fleeing. After all, the person who built “a new Gifty from scratch” is leaving behind everything that formed her in Alabama: her immigrant mother, the Pentecostal Church, the public school where evolution was not taught, but also the people yelling racist slurs from passing cars.

Gifty tells us that she is too diffident to shine at parties, but that being Black can help: “It’s remarkable how cool you can seem when you are the only black person in a room, even when you’ve done nothing cool at all.” It’s a funny line, but the controlled sangfroid chills to brittleness. Gifty is practiced at pointing to her repressions, in order to repress them even further. She thinks of her mother as callous, and then sympathetically recalls that a callus is “the hardened tissue that forms over a wound,” apparently unaware that she has just described herself. Virginia Woolf said that there is a spot the size of a shilling on the back of one’s head, which one can never see for oneself. Gifty is not about to ask anyone else to look for her.

Unfortunately, “Transcendent Kingdom” has a few shilling-size spots of its own—areas that the book refuses to see with clarity, and in ways that are not suggestive but bewildering. Most important, Nana’s downfall remains blurred and somewhat generic. Gifty insists that no case study in the world “could show how smart and kind and generous he was, how much he wanted to get better, how much he wanted to live,” but the novel fails to provide the evidence. Perhaps a fall into addiction is all too often a fall into formula, yet it seems important for the novelist to search for the nonformulaic, the brutally specific:

Nana started stealing from our mother. Small things at first, her wallet, her checkbook, but soon the car was gone and so was the dining room table. Soon Nana was gone too. For days and weeks at a time he went missing, and my mother went after him.

We are hardly surprised when Nana punches a hole in the wall and smashes the TV: a continuation of the familiar gestures. At those moments when Gyasi’s prose is summoned to intense specificity, it smears into cliché: “On the nights when he would slink in through the back door, coming down from a high, reeking to high Heaven.” “He’d skulk off to his room and hide there until the entire event had to be repeated.” “Nana rolled his eyes and stomped off, and my mother sighed a heavy sigh.” On the night that Nana has been found dead in the parking lot of a Starbucks, Gifty can tell us only that “we were blindsided.”

Cliché is our original sin, the thing we all try to escape, but the offense is not merely aesthetic or musical; it is epistemological—cliché blocks our apprehension of reality. In place of singularity, it substitutes commonality; in place of the private oddity, it offers the shared obviousness. What is striking is that words fail the novel at those moments when it is most critical that they succeed. Is it too speculative to suggest a failure of authorial nerve here, as if, for Gyasi, the most burning material cannot quite be stared at? One sometimes has the sense, here and in “Homegoing,” of the great pain of her chosen subject matter—slavery, addiction, suicide—being soothed into the generic:

Every day, Ness picked cotton under the punishing eye of the southern sun. She had been at Thomas Allan Stockham’s Alabama plantation for three months. Two weeks before, she was in Mississippi. A year before that, she was in a place she would only ever describe as Hell.

Though she had tried, Ness couldn’t remember how old she was. Her best guess was twenty-five, but each year since the one when she was plucked from her mother’s arms had felt like ten years.