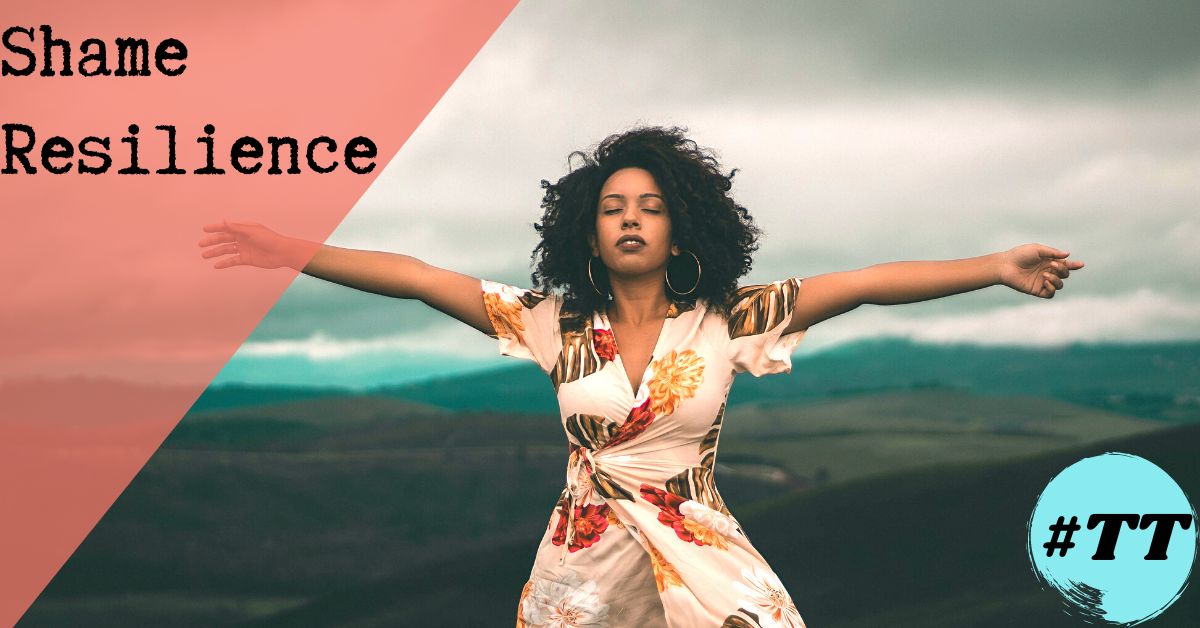 You Are Your Best Thing: Vulnerability, Shame Resilience and the Black Experience

You Are Your Best Thing: Vulnerability, Shame Resilience and the Black Experience

Tarana Burke and Dr. Brené Brown bring together a dynamic group of Black writers, organisers, artists, academics, and cultural figures to discuss the topics the two have dedicated their lives to understanding and teaching: vulnerability and shame resilience.

It started as a text between two friends.

We could start the story of this book when you texted me to ask if we could talk, and I thought you wanted to continue our ongoing conversation about wallpaper and landscaping—but what came before that? When did the idea for this book come to you?

It was after we did #SharetheMic on social media, in the summer of 2020. There had been this intense public unrest happening in the country after George Floyd and Breonna Taylor were murdered. In private, I was having these really heartfelt conversations with Black folks who were just struggling: I can’t watch any more of this. I can’t take this anymore. I cannot . . . And in public, the conversation was, How can we get white people to be better? How can we get white people to be antiracist? Antiracism became the order of the day. But there was no focus on Black humanity. I kept thinking, Where’s the space for us to talk about what this does to us, how this affects our lives? And so I was thinking to myself that I really wanted to have a conversation with you.

At first, I struggled to text you. I kept asking myself, Why am I hesitating to reach out to her? We have a close enough friendship to talk about anything. Your work is so important to me and my experience as a human being, but as a Black woman, I often felt like I had to contort myself to fit into the work and see myself in it. I wanted to talk to you about adding to it: “What is the Black experience with shame resilience?” Because white supremacy has added another layer to the kind of shame we have to deal with, and the kind of resilience we have to build, and the kind of vulnerability that we are constantly subjected to whether we choose it or not.

So, yeah, I called and said all of that—but I was not as eloquent [laughter] at the time. I will never forget that phone call. I texted, “Can we talk?” and you texted back, “Sure.” Once we got on the phone and I shared the idea, the first thing you said was, “Oh hell, yeah. Oh, absolutely! Yes, I want to talk about that. Yes, I want to do this.” At that point I was just thinking, “Oh, and here I was worrying about offending you and wanting to have a real conversation.” So, that was the beginning from my side. What was happening on your side?

From my side, well, admittedly, I’d probably do anything you ask me to do. But the timing was bigger than us. I had really been grappling over the last couple of years with trying to figure out how to be more inclusive—how to present the work in a way that invited more people to see themselves. The last thing I ever wanted to do was put work in the world around shame, vulnerability, and courage, then make people feel like they had to do something extra to find themselves in it. I thought I had controlled for that with my sample, because I’ve always been hypervigilant about diversity in the people I interview and data sources. In fact, one of the early criticisms of my work was that the sample population actually overindexed around Black women and Latinx folks. But I started to get comments, especially from Black women and men: “I had to work at it more to see myself in it than I would have preferred or I would have liked to or that I even should have had to.” Finally, it was the combination of a conversation with you and a conversation with Austin Channing Brown on her TV show, where I thought, The problem isn’t the research.  The research resonates with a diverse group of people because it’s based on a diverse sample. But the way I present my research to the world does not always resonate because I often use myself and my stories as examples, and I have a very privileged white experience. That was the huge aha for me.

One of the things that struck me was, in The Gifts of Imperfection, there’s a scene where I’m in sweats and have dirty hair and I’m running up the Nordstrom escalator with my daughter to exchange some shoes that her grandmother bought her. Immediately, I’m overwhelmed because I look and feel like shit, and there’s all these perfect-looking people giving me the side-eye. Just as I start to go into some shame, a pop song starts playing and Ellen breaks out into the robot. I mean full-on, unfiltered, unaware—just sheer joy. As the perfect people start staring at her, I’m reduced to this moment where I have to decide, Am I going to betray her and roll my eyes and say, “Ellen, settle down,” or am I just going let her do her thing—let her be joyful and unashamed? I end up choosing her and actually dancing with her. It’s a great story about choosing my daughter over acceptance by strangers, but I’ve shopped with enough Black friends to know that if I was not dressed up—even if I was dressed up—and I was in a department store and my Black daughter broke into a dance, there would be a whole other set of variables to consider. Including being hassled by security, possibly separated from my daughter, even arrested. So when you asked me if we could focus the work through the lens of the Black experience, it was a “hell yes” from me. I want to figure out how to better serve. In addition to telling my story, which I think is helpful, I want to co-create so people see themselves in this work. Co-creation is how we can tell stories from the Black experience that illustrate the data. Does that make sense?

It does. This is our first time really digging into your grappling with this. Your questions make absolute sense and it also makes sense why you wanted to do this together. You still said, “Are you sure you want me to do it with you? You have my permission to use my work and do it.”

I was scared. I’m still scared.

I get it. I understand the fear, and I know we have to be prepared for the question about you being an editor of a book about Black experience. But there’s nobody I trust more, particularly on these topics, who has studied them more and who cares more. It’s not just the research piece—there are other people who study these topics. But you combine the research expertise with compassion. You are—this sounds really corny—an embodiment of your work, of the research, of the knowledge. I think it takes the eye of somebody who has done the level of research you have done and who cares about other people’s stories. I feel such a sense of responsibility and protectiveness about the stories we’ve asked people to share for this anthology. We have to be good stewards of this information. So I definitely get the fear and reluctance, but I believe good stewardship takes both of us. I know as we read these powerful essays, we both took turns feeling a little overwhelmed with the responsibility of protecting them.

I’ve been doing this work for twenty-five years now. I know the stories in this book can change—even save—people’s lives. It’s an honor to do this with you. I’ve been a shame and vulnerability researcher for a long time, but not any longer than you have been an expert in the work. You have been teaching and training this work for decades. We both used the word shame long before most people could stomach it. They were experiencing it, of course. But we were naming it before most people were willing to do that.

I just remember this feeling washing over me, again and again, and thinking: This shame is gonna kill us. This shame is gonna kill us. Being at family gatherings, being at cultural gatherings, watching the young people I worked with, knowing what they were like in our private spaces when they were open and free and then watching them in public spaces and saying, “Oh, my gosh, this is going to kill us.” And then this idea of shame resilience added another “Aha,” because my first thought was, “Oh, but shame hasn’t killed us yet.” Then I started asking myself, “Why hasn’t it?” I’ve learned it’s because there’s this powerful resilience that we’ve tapped into, but have yet to name.

Yes! And my hope is that co-creating this anthology with these incredible storytellers and writers helps us name it. There is one thing that I think is important to clarify about our process of working together—especially for other researchers and creators who are thinking, “Okay, but how does co-creation actually work?” For starters, I wouldn’t have done the book without you agreeing to be the first author.

I didn’t understand that at all at first, but I get it now.

The book will be released 27th April 2021. To pre-order the visit here