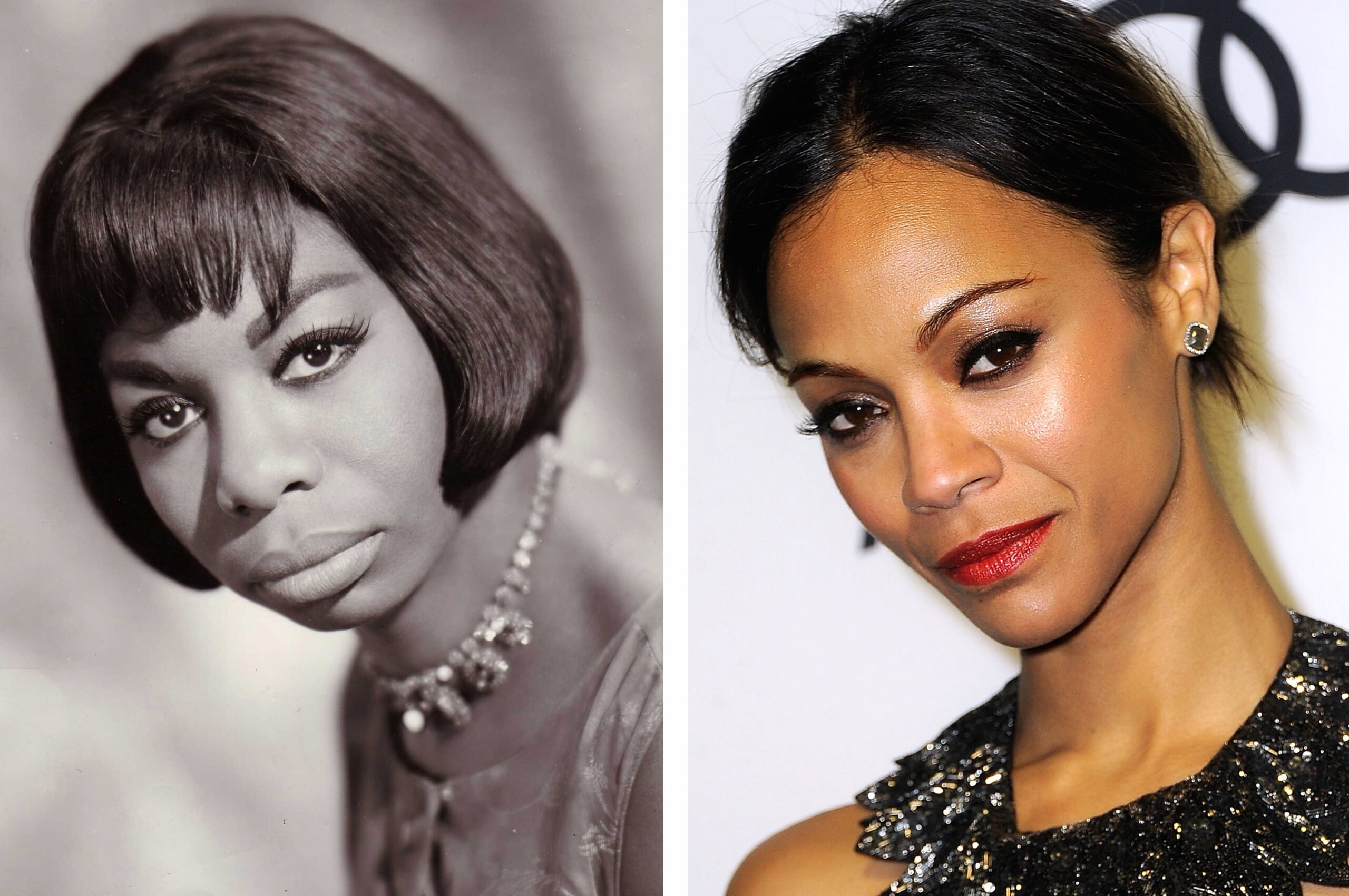 The Marvel star, who is of Dominican and Puerto Rican descent, wore a prosthetic nose and skin-darkening make-up for the role. Simone’s estate refused to endorse the film, and the late singer’s daughter questioned the casting decision.

Writing on the official Nina Simone Facebook page in 2012, the singer’s daughter, Simone Kelly, wrote: “I love Zoe Saldana, we all love Zoe… From Avatar to Colombiana, I’ve seen those movies a few times. “But not every project is for everybody. And I know what my mother would think. I just don’t get it.”

The film, called Nina, was derided by critics and holds a 2% rating on review aggregate website Rotten Tomatoes. Saldana, who has also starred in Guardians of the Galaxy and two of Marvel’s Avengers films, said Simone “deserved better”. “I thought back then that I had the permission [to play her] because I was a black woman,” Saldana said. “And I am. But it was Nina Simone. And Nina had a life and she had a journey that should have been – and should be – honoured to the most specific detail because she was a specifically detailed individual.”

Becoming emotional, Saldana added: “With that said: I’m sorry. I’m so sorry. I know better today and I’m never going to do that again. “She’s one of our giants and someone else should step up. Somebody else should tell her story.” Saldana’s regret at the role marks a departure from her previous comments defending her part in the film.

In 2013, she told Latina magazine: “Let me tell you, if Elizabeth Taylor can be Cleopatra, I can be Nina – I’m sorry. It doesn’t matter how much backlash I will get for it. I will honour and respect my black community because that’s who I am.”

In another interview with Allure in 2016, she said: “There’s no one way to be black. You have no idea who I am. I am black. I’m raising black men. Don’t you ever think you can look at me and address me with such disdain.”

But at the time of the film’s release, Nina Simone’s estate tweeted: “Please take Nina’s name out of your mouth. For the rest of your life. Hopefully people begin to understand this is painful. Gut-wrenching, heart-breaking, nauseating, soul-crushing.”

Nina Simone was a revered singer and civil rights activist, known for performing songs such as Feelin’ Good, I put A Spell On You and I Loves You, Porgy.
She died in 2003 at the age of 70.