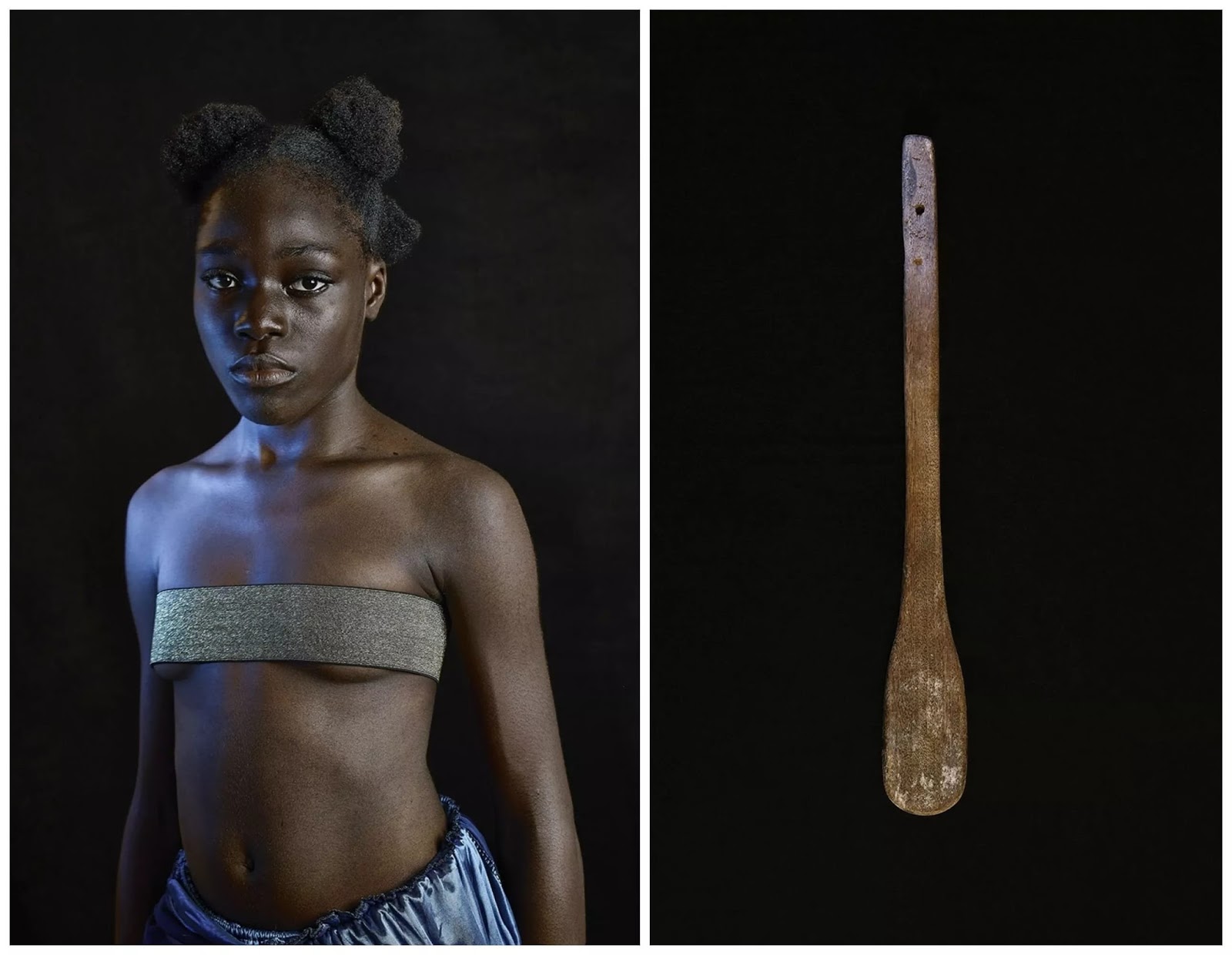 Breast Ironing: Why is this still happening in so many African societies?

Breast Ironing: Why is this still happening in so many African societies?

In Calabar, Nigeria, the year is 2008, and at a family function, 9-year-old Grace’s aunt who she hasn’t seen in 3 years looked at her barely-there breasts and joked that she was becoming a Woman and would soon be married. Everyone, including her parents, laughed. A month later, Grace was coming back from school when she was groped by a man on her street. She immediately ran home to tell her mom. What her mom proceeded to do was one of the most violent violations and acts of abuse committed against young girls in Africa; her mother and some of her sisters ironed Grace’s breasts with a wooden pestle. The same pestle her mother used to pound fufu. Grace says she remembers crying for hours in pain. Her mother and aunts comforted her while holding her still, telling her it was for her good, that doing this would stop men from ‘touching’ her.

Grace’s story is not uncommon. In West Africa, millions of girls have been subject to the archaic, harmful act of breast ironing.

But one thing stays the same; it was done to limit male attention or sexual activity.

Breast ironing, flattening or pounding, is an oppressive tradition conducted on young girls who have begun to reach puberty and develop breasts. The breasts are pounded, ironed, or flattened to stop breast development. This is done to prevent young girls from receiving male attention, to avoid pregnancy, to make girls ‘focus’ on education, and prevent sexual interest of any kind from men. It’s commonly undertaken in West African countries and has been recorded in Nigeria, Togo, Ivory Coast, Republic of Guinea, Benin, Burkina Faso and other African countries like Kenya and Zimbabwe. This perversion is mainly practised in Cameroon, as nearly a quarter of the Women there have been subject to breast ironing of some sort. According to AHO (African Health Organisation), the UN (United Nations) states that breast ironing affects 3.8 million Women around the world. It has also been identified as one of the five most under-reported gender-based crimes.

With the help of health organisations and online forums, spreading awareness has been easier, thanks to many testimonials and stories of brave victims of this harmful practice. There has been very little research on the medical effects of breast ironing yet, according to STOPVAW (Stop Violence Against Women), based on anecdotal accounts, breast ironing, coupled with little to no after-care, causes asymmetry, cysts, infections, and tissue damage. It can also affect their mental health and cause low self-esteem, shame, and frustration.

There are so many stories of this barbaric practice, from Women of different ages, countries and regions. But one thing stays the same; it was done to limit male attention or sexual activity.

But why this way?

Many African societies are obsessed with female purity and virginity

Patriarchy is a well-oiled, diabolical machine. It’s a system that has been developed for centuries, spreading its blackened fingers to almost every human society on earth. Almost every cog in the wheel of society, even the most considerably insignificant of societal norms have been tainted by patriarchy’s filthy hands. Cultural practices like Female Genital Mutilation (FGM), honour killings, child marriages and breast ironing are just a few of the horrible ways patriarchy manifests itself.

Breast ironing happens for a plethora of misogynistic, sexist beliefs that are firmly established in many African societies.

Many African societies are obsessed with female purity and virginity. The ideal female life is being born and spending your childhood and teens training and preparing to be a wife, no sexual exploration or activity and no interaction with the opposite sex, lest she is ‘tainted’. Then when she is of age, she is whisked away to be married to a man who will take her virginity, then spend the rest of her life bearing children and looking after her husband. Any Woman that deviate from this norm is a failed Woman.

You’re either protecting yourself from men or you’re trying to attract one. Nothing more, nothing less.

Families and society do everything to prevent their daughters from being ‘impure’. Women are taught that we have no bodily autonomy and that we belong to our husbands. With this mentality, girls are taught that they have no agency. By the time they are teenagers, it has been ingrained in their psyche that every decision they make, every step they take in their lives, revolve around men. These Women grow up with this indoctrination and project it onto their daughters. You’re either protecting yourself from men or you’re trying to attract one. Nothing more, nothing less.

Some Women perform breast ironing on their daughters because they don’t know better. They were taught that this was an effective way to protect their daughters from men. There are Women like Vicky, who even thanked her aunt after it was done. Women and young girls are made to believe that they have a huge responsibility in making sure they are not sexually abused by men or bring shame to their families.

Not only is this harmful and ridiculous, but it also absolves men and blames the young girls, for growing into their bodies, stripping them of their innocence and childhood. Puberty is a confusing time for a lot of girls, their bodies are changing, and they are gradually transitioning into Womanhood. They don’t deserve an extra burden of guilt and shame for attracting depraved and sexually abusive men. Why are we reprimanding girls and humiliating them for growing up? We are putting the onus and responsibility on  children and making them feel shame and disgust for having bodies. As soon as young girls hit puberty, we engage in Adultification, and begin to view these girls from the male gaze and suddenly, their innocence is all gone.

We need to allow girls to grow and develop into their bodies without stigma.

We need to fight to protect African girls from the violence of the male gaze.